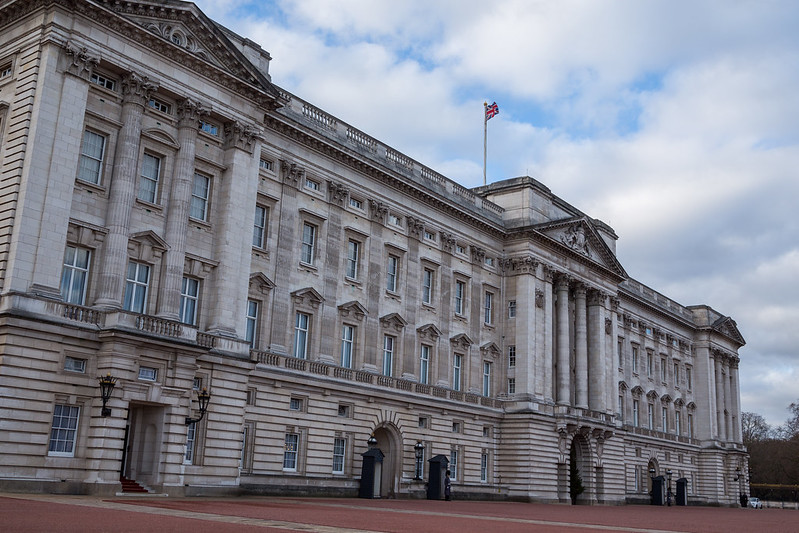 Harry and Meghan are on an epic grift, and it speaks to the unwinding of traditional authority

WHAT a product Harry and Meghan are.

He, a prince in the world’s most famous royal family; she, the beautiful actress from Los Angeles, bringing a bit of new-world ‘attitude’ to the foostie auld scene.

It’s the stuff of Holywood films. – quite literally. It’s Notting Hill but with at least one non-white character. It’s A Christmas Prince, but with existential dread. It’s London and LA, the global centres of Anglophone culture – a market of billions. It’s magazines, red carpets, ski resorts, fashion shoots, and endless fodder for the tortured minds of tabloid script-writers.

What a commodity. And everyone has shares, except for Harry and Meghan.

One can only imagine the anguish of the wedding day of the Duke and Duchess. It was the front page and top item of half the news outlets in the world – and all the biggest ones. Untold sums changed hands. With merchandise galore. grifters the world over were taking their cut.

“A transatlantic Royal franchise, equal parts village green and Hollywood Hills, army veteran and a postcard of all-American young womanhood. The Duke and Duchess of somewhere called Sussex have dollar signs in their eyes.”

And the royal couple themselves? They are stuck with the meagre takings from the British taxpayer. It’s the horror of every executive at a nationalised institution in the 1980s and 90s; watch as the global market explodes, while you are left shackled to an outmoded notion of public service and a limited pool of funds.

We live in an age of grift. The last twenty years has seen an explosion of schemes and frauds, speculative bubbles and ‘one neat tricks’, all attached to the swelling nexus of internet and financial power, bolstered by a cult of celebrity capitalists unmoored from traditional cultures of collective responsibility – religious, filial, class or national.

The opportunity of an epic grift is just too good to pass up. A transatlantic Royal franchise, equal parts village green and Hollywood Hills, army veteran and a post-card of all-American young womanhood. The Duke and Duchess of somewhere called Sussex have dollar signs in their eyes. Or rather, the Dollar/Sterling exchange rate, since like most privatisations it will depend for seed capital on the public coffer.

Not that the couple didn’t have plenty of other reasons to depart: playing second fiddle to Kate and Wills, muted talk of what creepy uncle Andy has been up to (and how we bail him out this time), and yes, of course, the return of the jackal tabloid hackpack who hunted Harry’s mother.

Read more: ‘Union Cabinet’ shows the British state at its most desperate

The pursuit of Meghan involves the barely covert racial obsessions of the British press. In the pathology of reactionary politics, deference to the Royals is inverted class rage which can only express itself in contempt of the ‘alien’ Meghan Markle – a “Charlatan Duchess” as one foaming twitter hashtag had it.

Then she turns up. Foreign – not even white – she has not paid her taxes into the Royal chest. She has not bowed, or fawned, or bought stacks of commemorative tat. She has not suppressed the shame and embarrassment for generations of Windsor dysfunction – the fascist salutes, the dalliances and infidelities… Prince Andrew.

Britain is good at displacement, and it’s hard to avoid the impress that our papers and talking heads rage at Meghan because they will not talk about uncle Andy’s friendship with Jeffrey Epstein.

“We run perilously close to another British tradition: the downstairs servant class living their lives vicariously through the derangements of the moneyed and titled above.”

And so the culture war is joined again. As happens in wars, principled heroes are made of generals with only strategic ends. Harry and Meghan are good because they are ‘the future’; let’s not mention that it’s a future where the majority of us get done-over. Meanwhile, the remaining members of the family are good because they represent tradition, i.e. the traditions by which we get done-over.

So if we aren’t taking a side, why care? Because if it’s just for the sake of all this juicy gossip, we run perilously close to another British tradition: the downstairs servant class living their lives vicariously through the derangements of the moneyed and titled above.

And yet, we should care, because in an era of democratic decline, the new princes are, well, princes.

“Express pretensions to public accountability and you will be tested and found wanting. Tell the whole world you are a catastrophic arse, and then back it up with action, and at least people know where they stand.”

The crisis of democratic legitimacy in the western world attacks only living tissue, and neglects the dead rot. So as trust in institutions like parliaments, public broadcasters, and legal systems (and okay, living tissue may be a charitable description for some of these, but poke them with a stick and they’ll squirm) has collapsed. Meanwhile, trust in officially undemocratic institutions has generally increased in inverse proportion.

The military, bombastic venture-capitalists, demagogic governing strongmen (these three sometimes combined in the same personage) and, indeed, Royals, have all enjoyed a decade in the sun (and The Sun).

This works on a simple principle: express pretensions to public accountability and you will be tested and found wanting. Tell the whole world you are a catastrophic arse before backing it up with action, and at least people know where they stand.

Read more: The British state is using gendered racism as a weapon against Muslim women

According to an Ipsos Mori poll in 2019, public approval for ‘politicians generally’ wallowed at just 14 per cent, about as low as it has ever been. Meanwhile, YouGov put Queen Elizabeth at 72 per cent.

The renovation of the Windsors in recent years has not been part of some tide of natural liberalisation. Like Perestroika in the USSR, it’s a state-led project, and one that can go awry. That is why the ‘golden triangle’ of elite civil service officers – the Queen’s private secretary, the cabinet secretary and the Prime Minister’s main private secretary – have taken charge of the unfolding calamity.

Every effort has been made in recent years to smooth the transition and maximise the popularity of the new family. It has a difficult task, given that it requires bridging deepening cultural divides and creating an apparently neutral kernel for the state. Above and beyond such things as ‘politics’ and ‘the economy’, it must preserve the illusion that together we somehow amount to more than the tawdry material realm.

“The boasts by Labour leadership hopeful Clive Lewis that he will submit a referendum on the Royals ignores a rule of modern constitutional politics; don’t call for a referendum you’ll lose.”

And now, all the furies of the real world descend on these best laid plans. Grift, racial animus, class resentment, #MeToo, and much more besides.

This is not to say we are about to see-off the monarchy. The boasts by ertswhile Labour leadership hopeful Clive Lewis that he would submit a referendum on the Royals ignores a rule of modern constitutional politics: don’t call for a referendum you’ll lose. But for those who consider themselves part of a dissident strain in British political life, including those who marched for the right to a Scottish independence referendum on Saturday (11 January) in Glasgow, openings like these should be part of the wider strategic consideration of the British state. They can be exploited when we stop pretending that one side of the elite carries our hopes in their designer luggage.