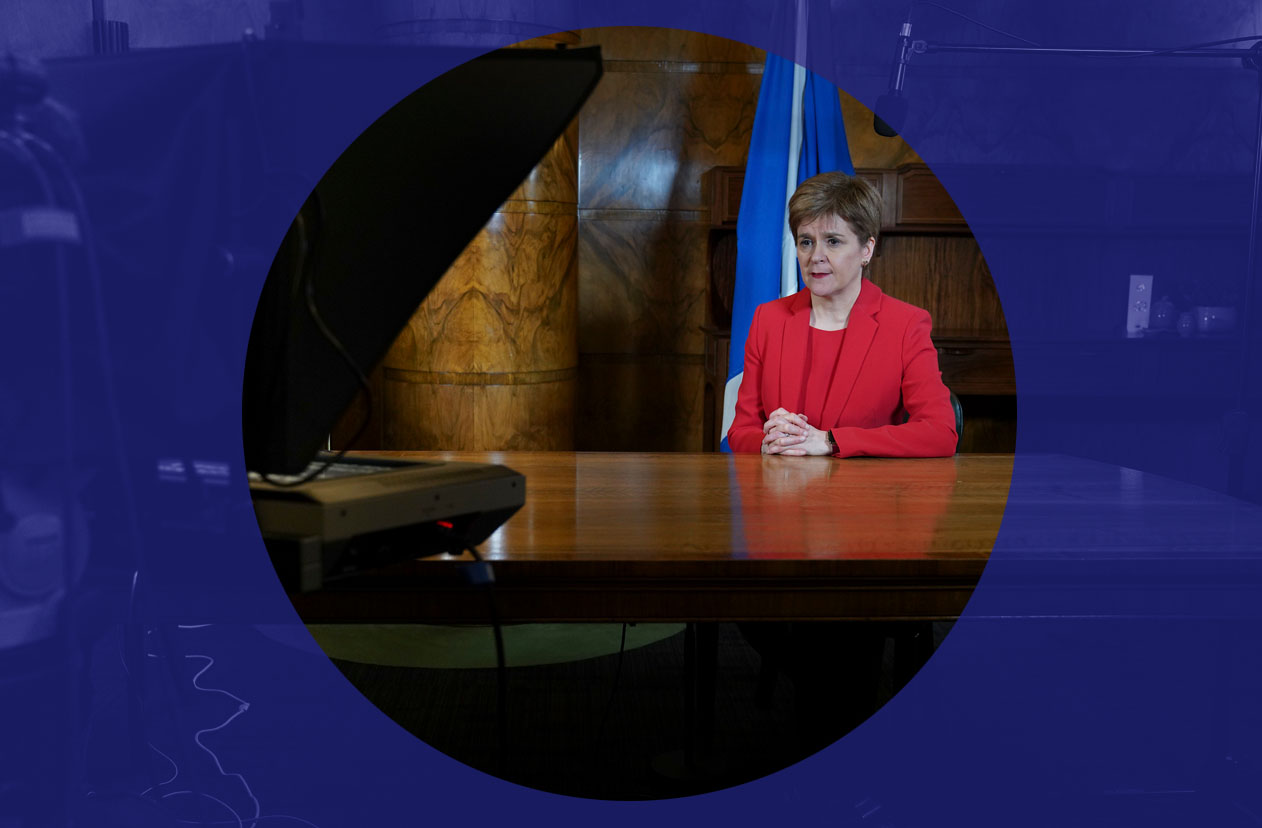 “The disappearance of the gradualists is also their final triumph. Aided by a frenzied media and political opposition, they have come to symbolise independence without the need to manifest any concrete support for the cause, or demonstrate any viable strategy.”

THERE was a time when commentators used to speak of ‘gradualist’ and ‘fundamentalist’ Scottish nationalists. There’s more than one reason the phraseology has fallen out of fashion.

Of course, it was invented for another time and context; the debate over whether nationalists should press for a devolved parliament or full independence. In some senses, that debate closed with the opening of the Scottish Parliament over two decades ago. And yet, its mood has continued to haunt the independence movement as it matured in recent years. How hard should one push at the door of history?

Jim Sillars, a one time ‘fundy’ stalwart, resurrected the old rancour shortly after the new year (3 January), though now from the other side of the faction fight (one could credibly argue that Sillars’ view is coherent with fundamentalism, since it at least has the virtue of taking independence seriously), when he insisted Sturgeon should formally “de-prioritise” independence.

The valuable part of his argument: a new case for independence is required before a second dive. “Andrew Wilson’s economic blueprint is now irrelevant,” he argued. Whatever could be disagreed with from his piece (an honest bearing needn’t involve deprioritisation), this much is under no doubt.

For most politicians, there are always at least two basic stances on any issue – the exoteric and the esoteric. The exoteric is the public-facing policy; the esoteric the one that’s just for mummy and daddy – the full-time political operatives more given to long-term, complex and pragmatic thinking… or so the assumption goes. For Sillars, there seems to be no delimitation between public and private speculation. Not so for current leading thinkers of the SNP.

High-profile proselytisers for an independence referendum as early as this year include party Westminster leader Ian Blackford and Scottish Constitution Secretary Michael Russell. Russell even went so far as to brief a foreign diplomat, according to notes from a meeting with the Australian High Commissioner just two months ago, that “he would hope a second referendum could be held by the end of 2021”.

It needn’t be assumed that this utterance has more value simply because it was spoken behind closed doors to an official. It is typical for a wily politician – and Russell certainly is that – to maintain their official attitude, their exoteric position, in some private channels, lest the ruse be discovered by journalists combing transcripts and minutes. It should indicate something to the independence movement that leading Scottish government ministers are worrying about what is said even in private meetings with foreign powers.

For the exoteric audience then, Russell, like Blackford, is an independendista. The distance between gradualism and the immediate goal of independence has been shortened to just a few months of distance by Brexit, the obvious limits with which the devolution ‘process’ has met, and by the 2020 indy poll surge.

And one could well believe this version of events to listen to much media reportage, as well as statements from the stranded Holyrood opposition parties. The endless issue of press releases and statements in parliament demanding an end to an independence campaign that doesn’t actually exist only adds to the perception that it does.

But no one really thinks there will be an independence referendum in 2021. The chorus of agreement – near ubiquitous in Scottish public life – that this is a real possibility relates to the economy of the national question. If the SNP weren’t the party of independence, they wouldn’t be enjoying their colossus-like march through the Lilliputian landscape of Holyrood politics. They would barely even exist.

Likewise, if Scottish Labour and the Scottish Conservatives weren’t talking about independence, what would they be talking about? How would they rally any support to their fading banners in a political system where policy innovation frequently scales local council heights of sophistication?

In such an ecology, gradualists wouldn’t want to expose their real programme to the public. More of the frustrations of the last 20 years, multiplied by the humiliation of further enclosures of national sovereignty? More drifting from year to year, putting out fires and keeping the faithful at bay with more proclamations of the imminence of self-determination?

The disappearance of the gradualists is also their final triumph. Aided by a frenzied media and political opposition, they have come to symbolise independence without the need to manifest any concrete support for the cause, or demonstrate any viable strategy.

In rhetoric, but absolutely no other way, the managerial politician has melded with the street-level activist. The most conservative personalities of the SNP leadership now routinely echo the most militant and committed sections of the wider movement, with no follow-through and no consequence.

No consequence, that is, for now. Realistically, we are not looking at a referendum in 2021. The continued and deadly virility of Covid-19, the economic carnage it is heaping onto society, and the mess that the SNP leadership has made of the framing, case and platform for independence, means we simply aren’t there. And for as long as the virus hobbles wider political, social and economic life, the gradualists-turned-fundies will be able to manage pressure on this front.

2021 offers time and space for re-orientation. If it is squandered, and the independence question returns in earnest, the contradictions between private and public conversations will erupt into the open.