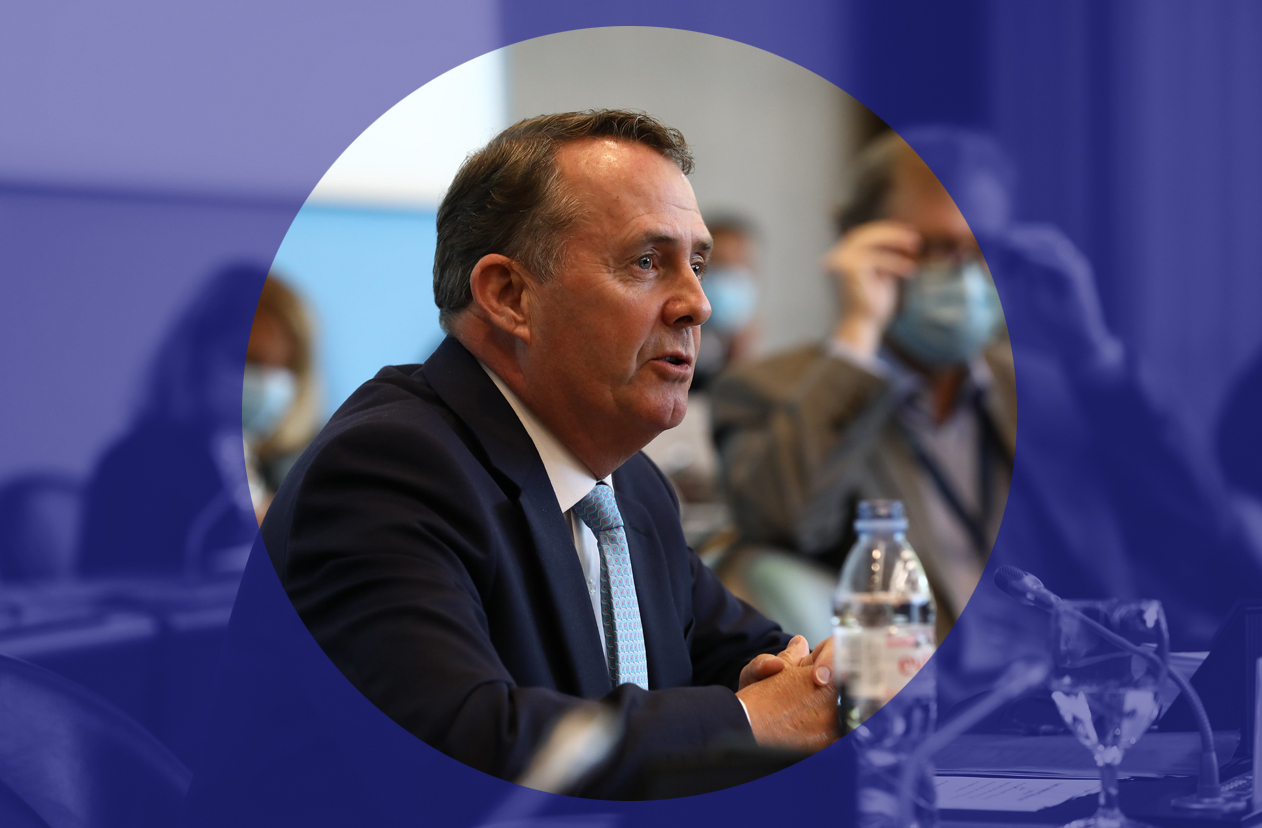 “Faced by the humiliation of Scottish democracy, we can choose either to hope that the Tories and the central British state will fail to press their advantage, or we can demand change in Scotland.”

The light was bouncing off Liam Fox’s big, shiny bronze neck as he laid into Scottish democracy.

“Yesterday the former first minister of Scotland, Alex Salmond, accused the Scottish Government of, and I quote, ‘the complete breakdown of the necessary barriers which should exist between the government, a political party, and indeed the prosecution authorities which should exist in any country which abides by the rule of law’. Madame deputy speaker this would be a damning indictment in a tinpot dictatorship but this is happening in a part of the United Kingdom.”

Then came the thrust of his attack: “Given that the Scottish Parliament derives its authority from legislation passed in this parliament, what mechanisms do we have to ensure that the Scottish Government does not bring politics in the whole of the United Kingdom into disrepute?”

Let’s get two things out the way. First, Fox is shameless. He is an MP for a governing party currently mired in an atrocious scandal that has certainly brought the UK into disrepute. An extended network of Tory donors and chums has was given first dibs on (belatedly) supplying the British state with pandemic equipment, and extorted the public by charging well above market rates for this gear. And we are just talking about the revelations of the last few months here – we could all recount a voluminous history of state corruption, sleaze, secrecy, brutality, illegality and mendacity of all kinds.

Second, this is raw opportunism. Many defenders of the Scottish Government have been quick to denounce the strange bed-fellowship generated by the Scottish Parliament inquiry and its wider, tawdry controversy. But what did they expect? This is how politics, with it’s synapses of overlapping power, competition and intrigue work. And the Tories are nothing if not the arch operators of this world – trained in it by hundreds of years of power. They were always going to pounce on any weaknesses in the nationalist movement, and they’ve found them in abundance in recent months.

This intervention was of a different order. According to SNP MP Pete Wishart, Fox’s statement was wedged in to the House proceedings. The Deputy Speaker responded gravely to Fox: “this House is of course, always concerned with democratic standards”. In other words, there’s real intent brewing here.

As per Alex Salmond’s statements, quoted by Fox, leading institutions are indeed being questioned within Scotland. This has lead to alarm from the Faculty of Advocates (FoA), who warned: “The Faculty of Advocates is becoming increasingly concerned at the debate, both in the media and in parliament, in relation to the parliamentary committee into the investigation of harassment allegations. The debate appears increasingly to be focussed on the courts and Crown Office.

“The Faculty wishes to remind all concerned of the importance of maintaining confidence in the judicial system and in the rule of law. Maintaining that confidence requires, amongst other things, recognition of the importance of the independent role of the Lord Advocate, the independent role of the courts and, perhaps most importantly, the vital place of the verdicts of impartial juries in criminal proceedings.

“…when the public discourse fails to respect the basic tenets of the independence of the system, it is in danger of leading to irreparable harm.”

There are two obvious points to make, relating to that final line. It is frankly questionable that the primary responsibility lies with “the public discourse” (that is, the amalgam of all statements and opinions in the mad crossfire of a democratic society) to “respect” (automatically and permanently accept the truth of) “the independence of the system”. ‘There are things that one just does not say’ is not an acceptable defence of public institutions – regardless of what anyone thinks of the validity of criticisms of the Crown Office or any other body.

Worse, it isn’t a believable or effective defence. The corrosion of public trust in institutional life (a global phenomenon over several decades) is typified by cross-contamination. Once the parliament is less respected so are the courts, then the police, banks, monarchs, media and boy-scouts. The decline in unthinking allegiance rapidly turns into a bonfire of the reverences. Asserting that you ought not question the elders seldom, if ever, restrains this process.

And we don’t need to talk in these abstract terms to understand why. In the Scottish case, a defence of the rectitude of one institution won’t apply much perfume to the general stench. The Scottish Parliament’s corporate body agreed to accept Salmond’s evidence to the inquiry into the handling of accusations against him. They were already published by the time the Crown Office called for them to be taken down and redacted (uselessly, if the intention was, as claimed, to protect the anonymity of the women complainants).

So one of the essential, decisive institutions of Scottish public life and democracy must be in the wrong here. One of the institutions charged with the protections of our rights, and of the a-political nature (always a rather dubious claim) of the state. In a situation like this, there is simply no way to plausibly defend claims of the competent functioning of Scottish civil society.

The rot has spread widely. We’ve lived a generation now since 1999 and the opening of the Scottish Parliament and devolution era. The government is opaque, the opposition is disparate and feeble, and the media ecosystem is near death – literally surviving on state handouts to the major newspaper titles. In a broader sense than that meant by the FoA, the system of ‘checks and balances’ has therefore largely broken down.

Faced by the humiliation of Scottish democracy, we can choose either to hope that the Tories and the central British state will fail to press their advantage, or we can demand change in Scotland.