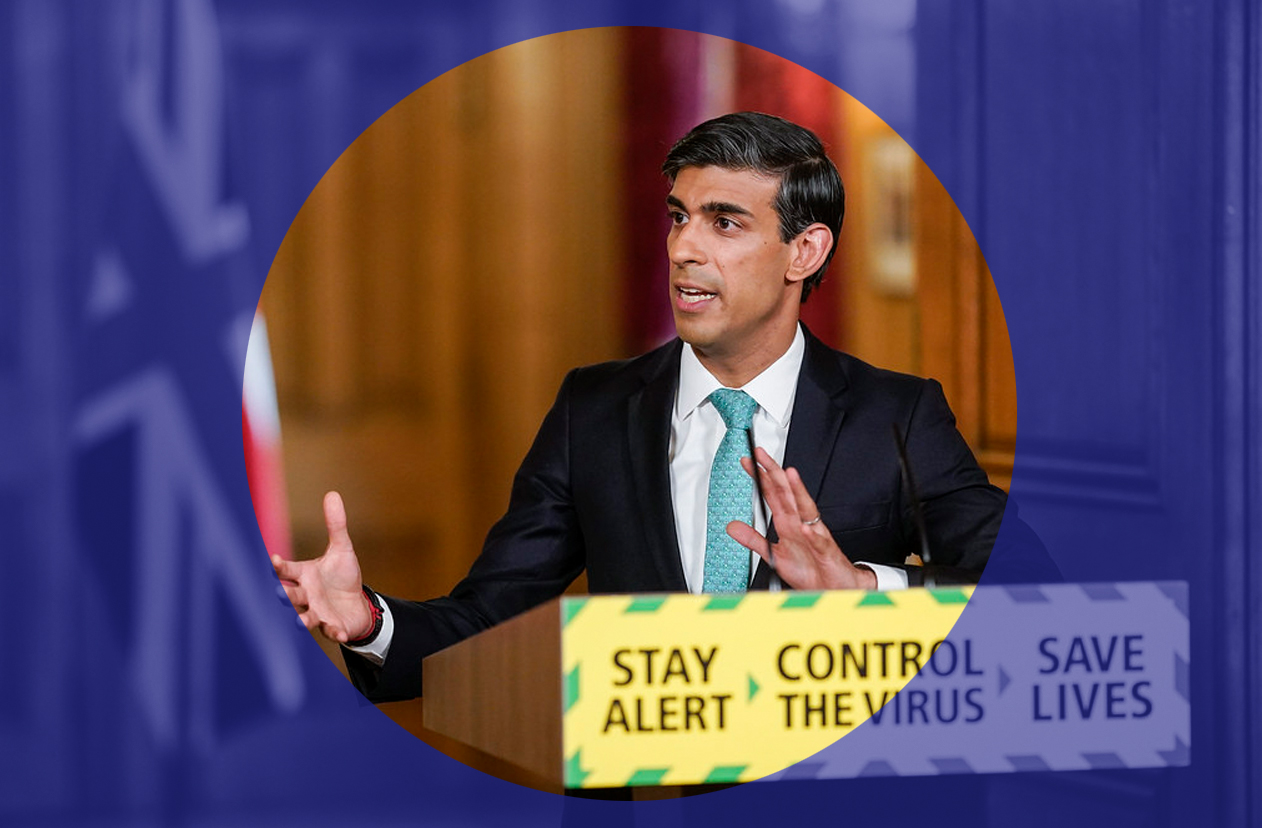 “Sunak is arming the British state with a new language and ethos of economics and civic responsibility – fusing the state, the citizenry, and the ‘private’ economy.”

“THIS CRISIS has highlighted the special bond that holds our country together. Millions of people in Scotland, Wales and Northern Ireland, have been protected by the UK Government’s intervention, and they will be supported by today’s plan for jobs.

“No nationalist can ignore the undeniable truth; this help has only been possible because we are a United Kingdom.”

Don’t be too quick to dismiss Chancellor Rishi Sunak’s pitch from his statement on job creation in the Commons (8 July) as the same old ‘pooling and sharing’ spiel we’ve heard before. Every historical moment, as the historian EP Thompson urged, is a blend of the general and the particular. No argument made five or six years apart – and more importantly, an era-defining crisis apart – is the same argument.

Where once the assertion that Scotland, Wales and Northern Ireland were protected by the scale, historic stature and financial clout of the UK was a bald assertion, made near the onset of a programme of austerity and the decimation of public services, today it is made at the height of a spending spree, as governments around the world break the norms of decades to make astonishing economic interventions.

We are still in the early days of a developing galaxy of economic language and concepts, many of them deployed subtly and provisionally. But understanding them will be vital to the rejuvenation of the case for Scottish independence in coming years.

Same as it ever was?

This is not to overstate the change in economic approach from the Conservatives at Westminster. Sunak’s actual announcements follow a well-trodden path. As Source’s Ben Wray points out in his morning newsletter, they include a range of announcements which focus not on job creation, as was the spin, but on supplying the profit margins of powerful interests. These range from a £10 token to dine out in August (on the traditionally sparse business nights of Monday, Tuesday and Wednesday) a scheme to press teenagers into low-paid work that expires after six months, and a £1000 bonus to bosses for the charitable act of keeping a worker on (there was a time when it was acknowledged the bosses make money from workers).

To assert that economic policy is designed to meet elite class power is hardly an insight novel to this millennium, let alone government – but this does not mean nothing is changing.

To understand the historical significance of the changes we are witnessing, it helps to consider the three broad phases of neoliberal development.

The first phase might be considered the ‘assault’ or ‘shock’ phase. Margaret Thatcher in the UK and Ronald Reagan in the US used the 1980s first to smash institutional life barring their way – most importantly, the unions. They then set about projects of social engineering, designed to overcome cultural and social resistance to liberal economic, pro-capital forces; in the UK, these famously included the right to buy scheme.

In the second phase of ‘consolidation’, figures including Bill Clinton and Tony Blair established the new ways as a cross-party consensus. They did this by offering mild concessions on public spending, through social liberalism and with a general ethos of ‘modernisation’, which would leave the brutality of the 80s in the past.

One might say the third phase finally arrived in 2008 with the global economic crisis, which necessitated historic state intervention to protect the very institutions which had flourished out of the new economic and political consensus.

In each phase, the official ideology of neoliberalism changed. Thatcher and Reagan actually boasted of the ‘law of the jungle’ character of their ideas, whereas Blair and Clinton insisted that any move away from free trade was a move to a dangerous and dark past. They leavened this negative message with assurances that globalisation was ending strife at home and abroad.

Between 2008 and the pandemic, neoliberal language began to warp and break down. Old certainties about a glorious globalised, free trade future evaporated. Monsters emerged from the cracks – strongmen like Donald Trump, who espoused a new nationalism and open contempt for the old dogmas.

The second great crisis of the third phase, the pandemic, registered a notable change in the way establishment politicians discuss economic life. Sunak himself has consistently called on a spirit of national solidarity, expressed through consumer life. His feeble voucher system calls on us to ‘Eat Out to Help Out’, demands for the country to drink pints in pubs abound.

In his statement to the Commons, Sunak half acknowledged the mistakes of neoliberal mantras: “We entered this crisis unencumbered by dogma and we continue in this spirit driven always by the simple desire to do what is right.”

Sunak is arming the British state with a new language and ethos of economics and civic responsibility – fusing the state, the citizenry, and the ‘private’ economy.

Combined with unionism, this represents a significant re-armouring.

In this situation, we are confronted by the need to re-address the politics of devolution. Many have been transfixed by the depoliticisation of the border, and by the quiet humiliation of Boris Johnson’s unionism since the crisis began. He started the crisis as the unassailable prime minister, with a large majority and mandate. Within months he was PM of England, with Scotland and Wales diverging from his script.

But the crisis may be undermining devolution, even as it is underlining it. It is clear that the £800 million in Barnett consequent funds will never arrive in Edinburgh. How much of this money will be at the disposal of the Scottish Government will remain a contested subject – but it will be a fraction of this amount.

Meanwhile, the Fraser of Allander Institute has found that the Scottish Government will in any case have little scope to diverge from UK Government recovery measures and implement its own until it can pass its own budget in the autumn.

Yet the Scottish Government’s economic recovery group has already published plans that mirror the basic rational of the Westminster approach. This was underlined by Scottish Finance Secretary Kate Forbes (9 July) who announced she would raise the threshold of Land and Buildings Transaction Tax to £250,000, just over a week after the Scottish Parliament ejected calls for rent regulation.

The fear is, or at least ought to be, that in world where no one any longer pretends the state doesn’t or shouldn’t have a strategic say in the direction of the economy, Scotland is moving at a pace set by the Tories in London, or even behind it. Nevertheless, the independence movement can – and should – use this extraordinary moment to demand a state involvement which protects the majority of the population over established interests.