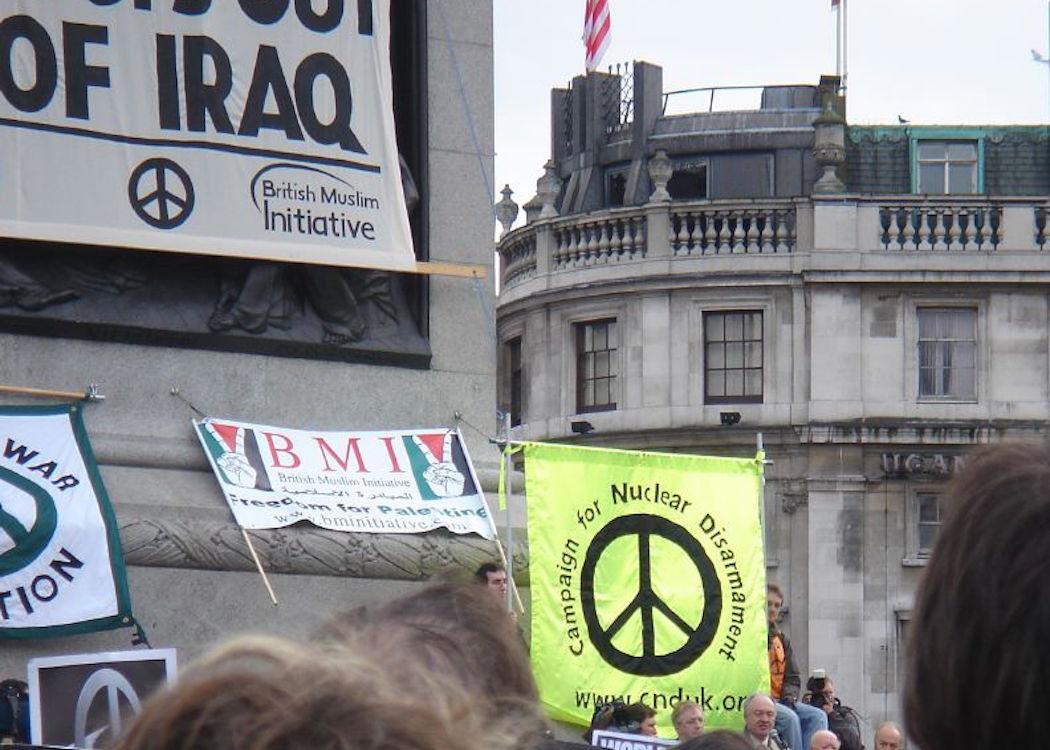 Writer, poet and anti-Trident activist David Mackenzie outlines three ways the next Scottish Parliament can take a stand against Trident and undermine the troubled renewal programme .

WE forget so soon. It was the early days of the new Scottish Parliament when it met in the Kirk’s assembly hall on the Mound. Peace campaigners were then utterly frustrated at the unwillingness of the parliament to even mention the UK’s nuclear arsenal.

We felt this was not good enough and so a bunch of Trident Ploughshares folk (mainly women) interrupted a First Minister’s Questions (FMQs) session with loud, unmistakable and tuneful mentions of Trident, international law and the like.

There followed an interesting and constructive correspondence with a number of MSPs and slowly over these years, the realisation has grown that how the UK conducts its atavistic so-called foreign policy is a domestic matter for Scotland.

It affects us not just fiscally, but in terms of our safety in our homes and on our nuke convoy-ridden roads; how our young are dragged into war, our dreams of living in a sane and cooperative world.

Scotland now has a globally unique position as a large geographical pocket of resistance inside a nuclear weapons state.

When we remember where we started from in 1999 we pinch ourselves to confirm that, yes, in the parliament just recently dissolved, there was a solid majority against the UK’s weapons of mass destruction.

And then we grin widely, not least because that expression goes across almost all the political parties there. If the polls are right we will be in the same position in May. This is gratifying, but there is also a risk.

It is hugely encouraging to watch our anti-Trident MPs at Westminster bringing the matter up so persistently in the face of that wall of snooty hostility, but there is the danger that their fellows in the Canongate may think that a repeated statement of rejection is all they can achieve until independence.

At present neither Local Resilience Partnerships nor Ready Scotland mention the nuclear weapons convoy traffic as a risk, despite the content of the warhead trucks (high explosives and plutonium)

In that situation the danger is that the issue goes stale and the opposition to Britain’s nukes drifts into the background. Let’s recall how things have changed so positively in those 15 years – they could change back the way in less. What is essential now is that the parliament asserts itself.

There are three main ways in which it can do so. Scotland now has a globally unique position as a large geographical pocket of resistance inside a nuclear weapons state.

This chimes happily with concurrent moves at UN level to unblock the jamming of progress towards global disarmament via steps towards a global ban along the lines of those on landmines, cluster munitions and the like.

All anti-Trident MSPs could join Parliamentarians for Nuclear Disarmament and Non-Proliferation and could sign ICAN’s parliamentary appeal for a global ban (as our first minister has already done). They could ensure their researchers keep them informed and updated on the global ban campaign.

Holyrood and the government can also give a little extra help to the universal de-legitimisation of nuclear weapons through promoting a new investigation of Trident under Scots law. In the days of the first SNP administration, campaigners who tried to push for this were rebuffed, probably because it was felt that such a move was too confrontational at a time the SNP was keen to build some mainstream credibility.

But the time is now – Scots law could ban the bomb or, at the very least, examine the patent prima facie case against the UK’s arsenal as an indiscriminate weapon of mass slaughter.

Attention also needs to be paid to the Civil Contingencies Act 2004 which places on the Scottish Government a crystal clear duty to monitor and enforce appropriate emergency planning measures (including the conduct of risk assessments) by those named in the act as ‘first responders’ – local authorities, police, fire and rescue services etc.

If the global ban movement is morally aided by a critical destabilising of the position of a key nuclear weapons state, then the cracks will widen.

At present neither Local Resilience Partnerships nor Ready Scotland mention the nuclear weapons convoy traffic as a risk, despite the content of the warhead trucks (high explosive and plutonium), and the Ministry of Defence’s own admission that a terrorist attack on a convoy could lead to huge loss of life. In all these measures there will be additional strength from cross-party working.

At this time it is worth noting that the Trident renewal programme has got itself into a complete fankle with planning timescale over-runs, ballooning costs, a shortage of engineers and an increased system dependence on the Pentagon.

An additional oppositional push from an awkward Scotland could be the very thing to push the tottering edifice over.