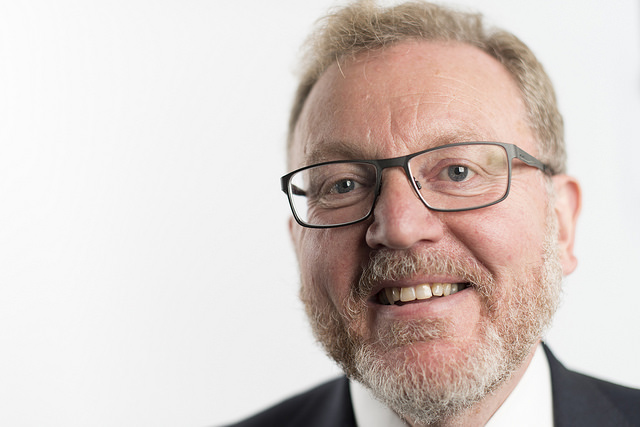 SECRETARY OF STATE FOR SCOTLAND DAVID MUNDELL was unable to name a single power that will be returned to the Scottish Parliament from Brussels post-Brexit during a pointed exchange with SNP MP Tommy Sheppard in the House of Commons.

In the aftermath of the UK’s referendum of European Union membership, Mundell famously claimed that leaving the EU would represent a “powers bonanza” for Scotland.

Speaking during Scottish Questions in Parliament, Mundell told MPs that the UK Government expected a “significant increase in the decision-making power of each devolved administration”. Responding to criticism from several SNP MPs, Mundell accused the SNP of taking a “pantomime approach” to the question of post-Brexit powers.

“The SNP don’t believe in devolution.” Secretary of State for Scotland David Mundell

SNP MP for Glasgow North Patrick Grady said: “We hear this all the time, this powers bonanza that’s coming, but the Prime Minister was unable to tell us on Monday, and it seems he was unable to tell the Scottish Affairs Committee yesterday.

“So let’s give him another opportunity: can the Secretary of State name one power that will definitely come to the Scottish Parliament as a result of Brexit?”

Mundell refused to engage with MPs’ repeated questions on the issue, saying any such exchange would happen with the Scottish Government: “That is where the discussions are going on in relation to the transfer of powers.

“But I am absolutely certain that at the end of this process the Scottish Parliament will have more powers and responsibilities than it does right now.”

Mundell continued: “This is about grandstanding, it’s not about the substantive issue of ensuring a transfer of very significant powers from the 111 powers that were listed to the Scottish Parliament.

“On a full five occasions the Scottish secretary was asked to name – just one power – that would be returned to Holyrood.” SNP MP Tommy Sheppard

When SNP MP for Linlithgow and East Falkirk Martyn Day raised the possibility of immigration policy being devolved, Mundell replied: “Immigration is not being devolved to Scotland.”

SNP MP for Edinburgh East Tommy Sheppard returned to Mundell’s now-infamous claim, saying: “On a full five occasions the Scottish secretary was asked to name – just one power – that would be returned to Holyrood follows his claims of ‘powers bonanza’ for the Scottish Parliament. He utterly failed.

“Further to that, David Mundell could not even say when he thinks he will be able to answer that basic question and name one power.

“When challenged to publish a schedule setting out his plans, he refused. This will only add to the widespread fear that he has colleagues in the UK Government who do not actually want to see any ‘powers bonanza’ whatsoever.

“Any Tory power grab, in addition to the terrible damage of Brexit, would be a complete violation of the devolution settlement.” SNP MP Tommy Sheppard

“Mr Mundell could not outline a single power – but he did confirm that immigration powers were not to be considered. This is despite his colleague in the Tory cabinet Michael Gove, who promised that power would return to Scotland if the UK voted to leave the EU. That is yet another Tory broken promise.”

Sheppard continued: “The people of Scotland did not vote for Brexit. We have now confirmed the existence of Whitehall documents which show that Brexit will hit Scotland hardest of any part of the UK.

“Any Tory power grab, in addition to the terrible damage of Brexit, would be a complete violation of the devolution settlement and would be unacceptable and totally indefensible.”

Mr Mundell responded: “I have rarely heard such complete and utter nonsense.

“We will deliver, and the people of Scotland will see that we have.” Secretary of State for Scotland David Mundell

“We will deliver, and the people of Scotland will see that we have.”

Sheppard’s remarks echoed the position of both the Scottish and Welsh Governments, both which consistently opposed the EU Withdrawal Bill in all forms so far presented, and have characterised it both as a “power grab” – a phrase repeatedly used by First Minister Nicola Sturgeon – and as an attack upon the devolution that undergirds their respective administrations.

Sheppard, in pointing to Mundell’s earlier confirmation of the existence of Whitehall documents on the potential impact of Brexit on Scotland, returned again to the SNP’s demand that this impact study be published. This also follows a report from the London School of Economics which suggested that a no-deal withdrawal from the EU could cost the Scottish economy almost £30bn.

The UK Government has thus far refused to publish the impact study, but has said it will share the study with Scottish ministers.