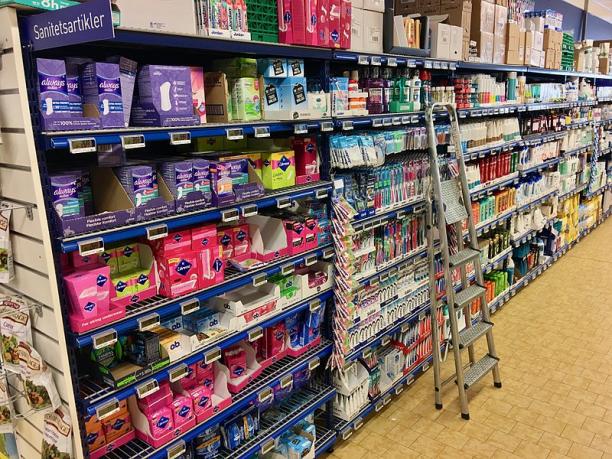 UNTIL very recently, I had not discussed some of the issues surrounding women’s period with friends and family.

Even in the workplace, I had not had discussions with my female colleagues about their period, and I work for a private healthcare insurance company.

The reason for this is that as somebody who has not had a period, there is no need for me go into a pharmacy or a supermarket to buy sanitary products, even for members of my family.

It was not until I started to do some reporting for the CommonSpace back 2015 that I started to take a look at some of the issues women have to faced in this regard.

One of the first articles that I wrote for this website was at the Scottish Liberal Democrat Autumn conference, where activists had backed plans to reclassified tampons as “essential goods”, and that they should therefore be exempt from paying VAT.

READ MORE: ‘Dignity and equality’: Over 30 groups call on Scot Gov to back Bill to end period poverty

Over the next few years, I have reported on the issue of period poverty, and in particular Scottish Labour MSP Monica Lennon’s campaign to bring it to an end.

When I started to research the issue, I was shocked to find that many girls and young women would not be able to afford to buy sanitary products.

A report from Plan International UK found that two in five girls in Scotland have found to use toilet roll to manage their period because they could not afford to buy sanitary products. As a result, there is a potential health risk for those women and girls who do not change their sanitary products regularly.

Even though it is rare, toxic shock syndrome is one of the conditions that is associated with those who do not regularly change their sanitary products.

Due to this, I praise the work that both the Scottish Government and Monica Lennon are doing to try to end period poverty.

On top of what the Scottish Government is doing, Lennon is aiming to make Scotland a “world leader” by bringing in legislation to create a universal system to access free sanitary products.

The new law will build on the excellent work that the Scottish Government is doing by making access to sanitary products a legal right, and requiring for schools, colleges and university to provide them for free.

As a result, I back Lennon’s bill as the best way of ending period poverty.

The reason why I support the bill is that the UK still feels the effects of the financial crash in 2008, with wages have not been kept in line with the rise of prices for goods and services.

In consequence, there are young women and girls in Scotland putting their health at risk by having to choose between buying food or sanitary products.

Unless those women or girls who are in education or visit their local library or community centre regularly, the only place that they can go to is to a foodbank to get an emergency supply of tampons.

“Just as the baby box has a proven record in dealing with infant mortality, this new law could end period poverty.”

Some women or girls may go without having sanitary products during their period due to the shame of having to ask for a packet when they get there.

In light of this, I was disappointed last week when Communities Secretary Aileen Campbell said that the Scottish Government would not support the bill when she was giving evidence to the Local Government Committee at Holyrood as there would be no flexibility in the new law as it would only encourage people to meet the “minimum standard”.

She also raised concerns about the running costs of providing a universal system will be at £24 million a year, rather than the estimated £9.7 million a year as considered in the bill.

Both issues can be resolved in the new law, as it would be the Scottish Government which would decide how flexible the scheme will be by determining who gets access to sanitary products and how much it will cost.

In the legislation, it is up to Scottish ministers to develop a universal system for those women who need them.

The scheme can be expanded to places such as in the workplace, hospitals, GP and dental surgeries, and transport hubs were women can grab a packet when there is an emergency.

Also, as was highlighted at the Local Government Committee, the Scottish Government has already had a universal scheme in place by delivering a baby box for every newborn child.

Based on the Finnish model, they have been 115,000 boxes been delivered – with the uptake at 96 per cent since it was introduced in 2017.

Just as the baby box has a proven record in dealing with infant mortality, this new law could end period poverty.

As Monica Lennon has given evidence to the Local Government committee today on her bill, it is good to see that she initially received cross-party support in the Scottish Parliament when it was introduced but also from the third sector such as Engender, Unite the Union and Girl guides Scotland.

If the Local Government committee rejects the proposed new law when they vote on it next month based on the advice from the Communities Secretary, there would be no guarantee that this or any future Scottish Government will be able to continue with the excellent work that the current scheme has achieved so far, due to such things as a change of government or budget cuts.

I would, therefore, worry about Scotland’s future – because there would be women and young girls will still struggle to deal with their period because they would be unable to afford to buy what they should be entitled to for free, resulting in their health being put at risk.

As Scotland’s First Minister Nicola Sturgeon told MSPs in 2017: for many women and girls, sanitary products are “not a luxury but a necessity”.