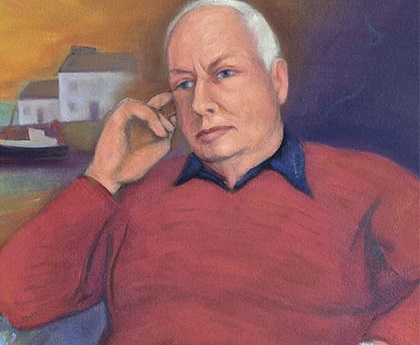 TOM NAIRN, thinker and writer on globalisation and nationalism, is the subject of a critical essay by journalist Neal Ascherson in a new pamphlet published by Democratic Left Scotland.

Ascherson regards Nairn as “by far Scotland’s pre-eminent political intellectual”, though he is at pains to stress that Nairn is as much a devoted European as a Scot.

It is appropriate to add (and Ascherson spends a weighty part of his essay discussing this) that Nairn is perhaps best known as the prophetic author of The Break-Up of Britain (1977).

Ascherson regards Nairn as “by far Scotland’s pre-eminent political intellectual”, though he is at pains to stress that Nairn is as much a devoted European as a Scot.

The end result of Ascherson’s attention is a dazzling distillation of Nairn’s evolving thought; it may serve for years to come as an essential primer for those concerned with the related issues of globalisation and renascent nationalisms of Scotland and other small nations yearning to breathe free. (I should perhaps add that in a discomfiting number of cases the nationalism is more pathological than progressive.)

There is not the space here to rehearse in detail Ascherson’s masterly account of Nairn’s originally dissenting minority, but eventually influential, writings as to why globalisation has resulted less in a bland sameness of cultures and policies, as was predicted by the likes of Francis Fukuyama, but rather a spirit of popular resistance.

This resistance has the potential, in the case of “Anglo-Britain” (Ascherson’s words), to shake the foundations of “Ukania”, Nairn’s coinage for the UK’s Ruritanian constitutional arrangements, and to replace them with regimes animated by the letter and spirit of popular sovereignty as opposed to parliamentary absolutism.

Should such a happy outcome come to pass much credit will be due, Ascherson stresses, to the vigorous campaigning of the likes of Anthony Barnett and friends at Open Democracy. Scottish exemplars include CommonSpace and many others.

Though readers who visit the world of Ascherson and Nairn in pursuit of a direct route from the break-up of “Ukania” to a socialist future will meet with disappointment, they may well find more than ample consolation in Ascherson’s brief but succinct tour of the ideas of Antonio Gramsci, Italian communist militant and intellectual, best known for his development of the concept of hegemonic rule. 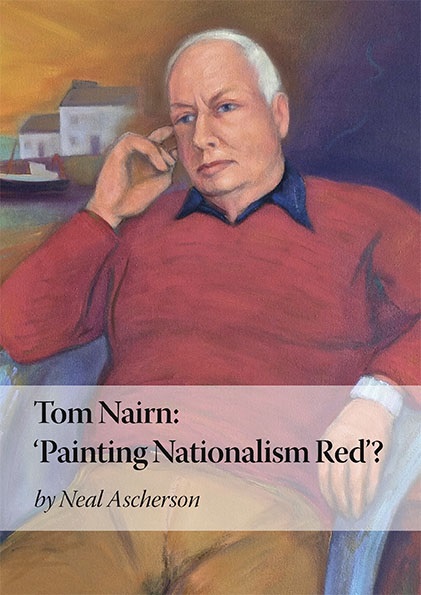 In this passage we learn of Nairn’s devotion to Gramsci and his strategy of the “long haul” on the road to socialist change. This will require the assembling in civil society of alternative hegemonic majorities and a new common sense that is translatable into popular power, in the process of which the Scottish nation and the national interest will be radically redefined. From such a perspective there remains much to be done.

But we have reasons to be cheerful, for it is arguable that the forces of hegemonic potential are already in the process of formation, firstly in the astonishing explosion of some 40 years of Scottish literary and artistic talent – though its political potential, in my view, remains under-analysed (Robert Crawford’s splendid Scotland’s Books (2007) being a partial exception).

Mention should also be made of the revisionist health of Scottish historiography with pioneering work on Scotland and empire and women’s studies. Secondly, no discussion of potential hegemonics would be adequate without mention of 2014, the annus mirabilis which Ascherson has written about with such passion and insight as a participant observer.

This phenomenon has altered the direction of Scottish history – I predict with some confidence, permanently.

The spirit and letters of Tom Nairn have animated the Yes movement, making the reading of this pamphlet essential. But no need to take the word of this interested party when Professor Paul James, a former colleague of Nairn’s in Australia, has written: “I expected a casual read only to find that I simply could not put it down. Neal gets Tom.”

The spirit and letters of Tom Nairn have animated the Yes movement, making the reading of this pamphlet essential.

Tom Nairn: Painting Nationalism Red? by Neal Ascherson is a 32pp A5 pamphlet and illustrated by Alexander Moffat’s oil portrait of Nairn. It is priced at £4.00 with a discount of 10 per cent for orders of 10 or more.