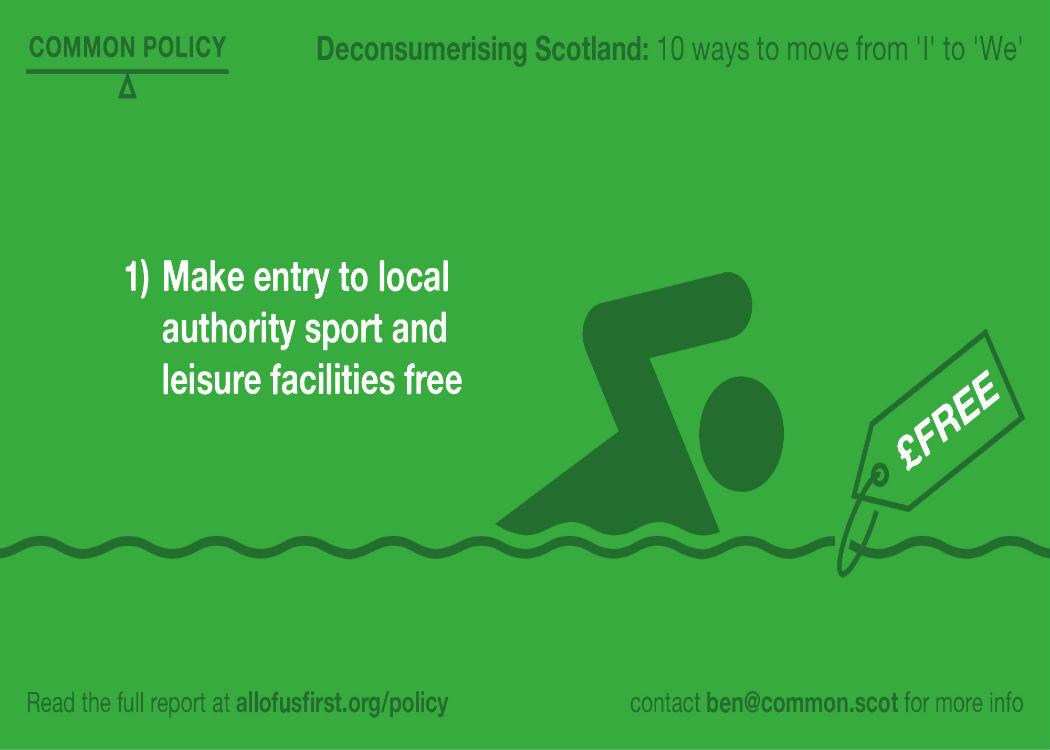 THE COMMON WEAL ‘think-and-do’ tank is set to launch a report on ‘de-consumerisation’ at the height of the Paris climate summit and in the wake of the global Black Friday seasonal buying craze.

The authors of the report, Dr Iain Black, Professor Deirdre Shaw and Dr Katherine Trebeck, will lay out a series of policy proposals to reduce the influence of “invidious consumerism” in Scottish society.

The report will be launched, in conjunction with Glasgow University and Heriot-Watt University, at the Old Hairdressers in Glasgow’s Renfield Lane on Thursday 3 December.

Proposals in the report will include ending VAT on shared and community goods, the creation of a ‘national skills database’ where experts can share skills with the public, making commercial producers rather than council authorities pay to clean up waste, free entry for common leisure activity venues such as swimming pools and parks and the creation of equipment libraries where rarely used tools and other products can be sourced rather than purchased.

One of the policy paper’s authors, Dr Trebeck said: “This report shifts the gaze to the context in which individuals live their daily lives and the bigger changes we as a society need to make for a more sustainable economy. It asks more of government – using new language, making participation possible, and putting producers in the frame for change. And it looks to the discipline of marketing to stop being a manipulator of people and to become instead the facilitator for the sustainable and supportive economy we need.”

The launch of the report is punctuated by the Black Friday discount shopping festival, recently imported to the UK from the US. This year UK online Black Friday sales increased by 36 per cent on last year, to PS1.1bn.

Robin McAlpine, the director of Common Weal said: “People have been trained to build both their lives and our economy around endless shopping. The irony is that it makes us less happy and encourages a low-pay, unproductive economy.

“If we can get deconsumerisation right it can be great for the Scottish economy and also for our environment and our happiness.”

The launch comes at the height of the Paris climate talks, which aims to set legally binding targets on reducing emissions. The mass production of disposable consumer produce is a major driver of environmental destruction.