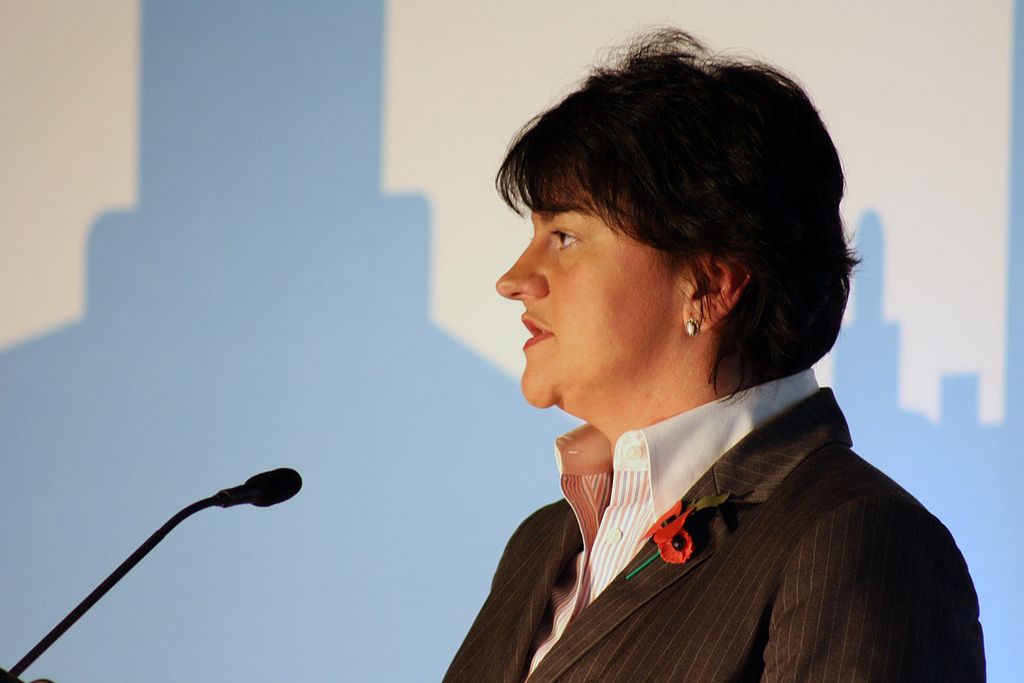 THE DEMOCRATIC UNIONIST PARTY (DUP), with just 10 seats, has agreed to prop up the UK Tory minority government with a deal to back the Conservatives on key votes.

The DUP will lend Prime Minister Theresa May, whose party fell nine votes short of a majority in the General Election, support on issues including Brexit, Nato funding from the UK and opposition to an Irish ‘border poll’ – on unification of the island – without the “consent of the people”.

DUP leader Arlene Foster said: “Following our discussions the Conservative Party has recognised the case for higher funding in Northern Ireland, given our unique history and indeed circumstances over recent decades.”

May said the agreement would provide a “stable government” at the “vital time” of Brexit negotiations.

The UK is facing a worsening political crisis, with the country’s bargaining position in Europe weakened by the Conservative set-backs in the General Election, the eruption of political scandal over the Grenfell fire tragedy, a deteriorating economy and an insurgent opposition led by socialist Labour leader Jeremy Corbyn.

An SNP statement slamming the financial aspect of the deal said: “Only 24 hours ago David Mundell was categorically assuring us that Scotland would be in line for Barnett consequentials as a result of the DUP deal – so he has seemingly either been deliberately misleading people, or he is completely out of the loop even in Theresa May’s crumbling government.

“This was the first big test of the new Scottish Tory MPs, but despite all of their bluster, they clearly have no authority and no influence – and now they have no credibility.”

Repeated warnings have been raised over the possible impact of the deal on Northern Ireland, where power sharing has broken down. The DUP-Tory deal creates an unprecdeted situation where Northern Ireland is ruled from Westminster by the DUP while the country’s Stormont assembly remains without and executive.