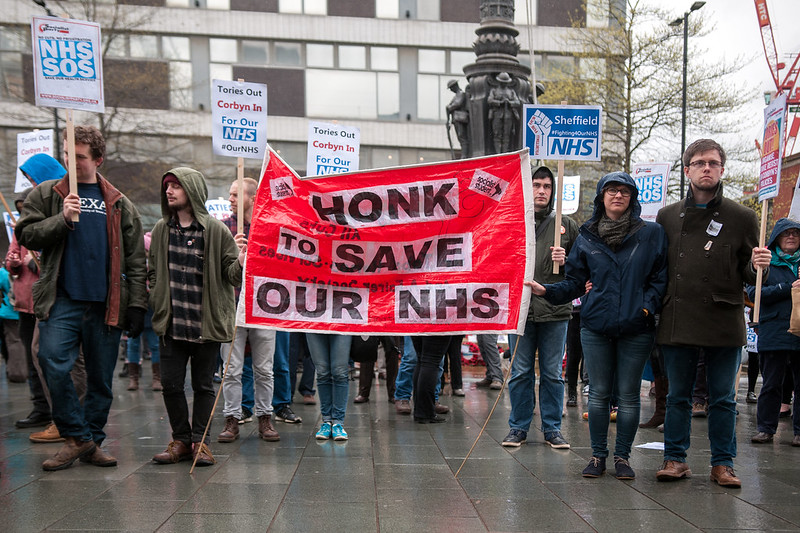 SNP parliamentarians have challenged UK Government to produce a substantial increase in funding for the Scottish NHS, on the day NHS funding plans are debated in parliament.

The UK Government argues it’s ‘NHS Long Term Plan Funding Bill’ will provide an extra £33.9 billion a year by 2024 for the NHS, a cornerstone of a new ‘one nation’ strategy pronounced by Prime Minister Boris Johnson during the 2019 General Election. Health Secretary Matt Hancock said the government was prepared to deliver “unprecedented” levels of new funding.

However SNP MPs have responded with concerns over the impact of Brexit, and the adequacy of new funds.

Speaking before the final stages parliamentary debate, SNP MP Amy Callaghan said:“While the SNP is focussed on improving Scotland’s health service, the Tories are intent on damaging it with their bad Brexit deal, their ignorant immigration proposals and their desperation for a trade deal with Donald Trump.

“The SNP Scottish Government has significantly raised funding to improve our NHS while the Tories at Westminster have drastically cut social care funding and undermined the NHS in England with a decade of outsourcing, fragmentation and frozen budgets.

“We are also bringing forward a bill at Westminster that seeks to stop the Tories from using our vital NHS as a bargaining chip in any future trade deals.

“The SNP will always stand up for our NHS. That is why we are calling on the UK Government to match Scottish per capita funding – so that the Scottish Government can increase funding for Health and Social Care by over £4 billion by 2025 to help it secure a bright future.”

Further concerns were raised by Perth and North Perthshire SNP MP Pete Wishart, who complained Scottish MPs were restricted by the inclusion in the debate of an English Legislative Grand Committee, in which only MPs from English constituencies will be able to vote.

He said: “Today we are witnesses [to] a huge ramping up of English Votes for English Laws (EVEL). Their NHS funding bill will have impacts on Barnett Consequentials in Scotland, affecting health spending here, yet we can not move any amendment or vote on any tabled. An absolute disgrace.

The last ten years have seen an explosion in waiting times across UK hospitals. The numbers waiting for treatment longer than 12 hours increased by some 6300 per cent between 2011 and 2019.

The Scottish Government has come under sustained criticism over missing it’s own health targets in recent months. However, First Minister Nicola Sturgeon has continued to insist that the Scottish NHS outperforms other services across the UK despite cuts.