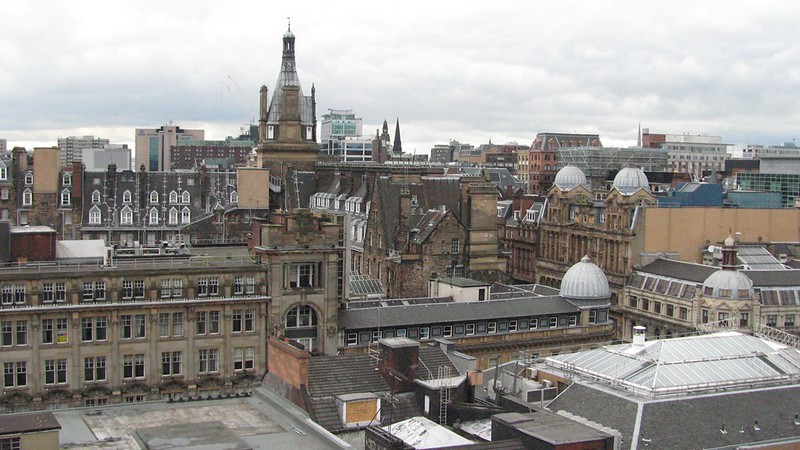 GLASGOW City Council, with total debts of around £1.5bn, is facing “a period of unprecedented financial pressure” with a funding gap of £129.1 million over the period 2018-2021, and that is before accounting for repayments on the £548m-worth of mortgages to pay for the equal pay settlement.

Glasgow’s situation is not unique. Reborn from the 1990s with neoliberal policies encouraged or imposed from central government, local councils have become all about business approaches, marketisation, contracting out and hiving off. Financialisation competes with services for their attention. They were encouraged to become big players in debt markets.

The idea was that by clever borrowing councils would create jobs and regenerate run-down cities. It was all shiny and new when Gordon Brown was Chancellor. But of course, after the crash and 10 years of austerity and cuts, things look very different.

Many local authorities are struggling for survival. In England, Northamptonshire went bust and plenty of other councils are facing the same. They are prime examples of the collapse of neoliberal economics in the age of austerity.

Glasgow will have to embark on a further round of cuts – or “savings” as they are called in bureaucracy-speak. Audit Scotland praises the City Council for its ability to deliver such savings: “The council has a good track record of strong financial management, delivering savings of over £270 million in the last six years.”

READ MORE: Analysis: How Edinburgh said no to LOBO loans – and why it matters

Glasgow City Council’s total long-term borrowing in 2018-19 was £1,316m of which £867m is owed to the Public Works Loan Board (PWLB) and £449m in LOBO loans. Until 2019, it was the 3rd most indebted council to banks in the UK, after Newham Council and Kent County Council.

The 23 loans were taken out between 2004 and 2007. They are all so-called “vanilla loans” (the most simple form of LOBO loan), and all but 5 are stepped loans, meaning they start with an initial teaser rate before stepping up to the agreed interest rate.

What did all this debt buy us? As citizens we are not allowed to know the details. Once concerned citizen who asked was told: “Individual loans are not assigned to specific projects, instead, they support cumulative capital investment across all council services.”

But it is very likely, given the timing of the loans, that some of the money was spent on grand new building. And those same buildings are now mortgaged to pay for the equal pay settlement. So for decades we will be paying the interest on loans borrowed to construct, for example, the Riverside Museum and the Emirates Stadium; and now we are also paying off mortgages on those same buildings, a debt double whammy for the citizens of Glasgow.

In addition to capital debt and mortgages, there are also Private Public Partnership debts. Glasgow Education Services is servicing a £1.4bn PPP, the biggest in Europe, which will not be finally paid off until 2030.

All of this debt has first call on the council’s revenue income and only after debts have been serviced can decisions be made about what to spend on the things that really matter, the things Councils are supposed to do. We have in effect mortgaged a big chunk of Glasgow’s future.

Has all this capital spending made things better for people in Glasgow? The statistics speak for themselves.

Glasgow has the highest level of deprivation of any local authority area in Scotland, with almost half of its residents, around 286,000 people, living in the 20 per cent most deprived areas of the country.

And in those most deprived areas, the city’s healthy life expectancy (how long you can expect to live in a healthy state) is the lowest in Scotland. It is estimated to be 55.9 years for males and 58.5 years for females.

Recent research published by The Campaign to End Childhood Poverty estimated that a third of children were living in poverty after housing costs were considered.

Big infrastructure projects can contribute to the gentrification of parts of the city and are attractive for tourism and maybe some businesses. But they don’t bring long-term improvements in Glaswegians’ real lives because they are not what people really need.

Some councils are taking on the banks and the LOBO loans, with mobilisation by local residents and positive actions by councillors who want to see a change of course. Edinburgh is the most recent example, Newham the most prominent.

As “critical citizens”, we have a responsibility to discover new ways of thinking that challenge this approach. We need to mobilise, inform ourselves and become the catalyst for change in local democracy. That’s what the Critical City project is all about. We are compiling and consulting on a Humanifesto for the health and wellbeing of citizens, a focus for campaigning up to the local council elections of 2022 and beyond.

Join us at the CCA on Saturday for a presentation on Glasgow’s debt by Research for Action and an exploration of alternatives like Buying Back the Buses, with Ellie Harrison of Get Glasgow Moving and The Preston Model and Good City Economy, with Neil McInroy, Director of CLES. Details can be found here, and tickets here.