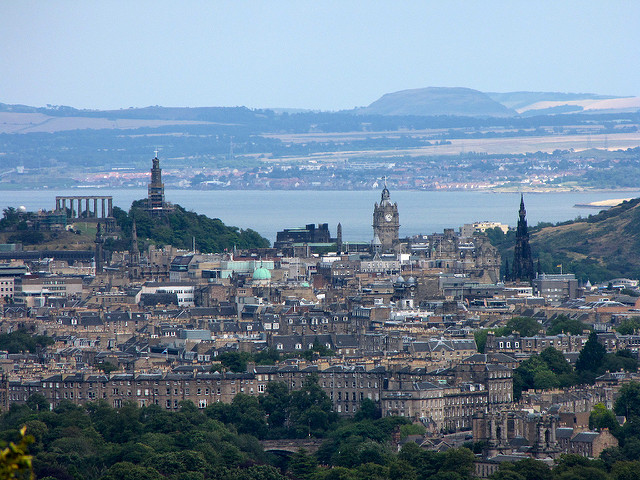 Property developer Dandara, which is appealing a decision by Edinburgh City Council to reject its application to build new flats in Corstorphine, has refused to meet with local residents who oppose the plan

CONTROVERSIAL plans to build new high-rise flats in Corstorphine now rest in the hands of the Scottish Government, as property developers Dandara take advantage of a right of appeal that local residents do not enjoy.

Plans by Dandara to knock down an existing office building at 33 Pinkhill in Edinburgh in order to make way for 51 new apartments, including a potential five-storey block that has aroused fierce local opposition, were initially rejected by Edinburgh City Council, which cited concerns over the height of the proposed development. This reflected the 400-plus objections to the project, with many arguing it would ruin the area’s view of the city skyline.

Instead of accepting requests from local residents to meet with them, Dandara is now appealing the council’s decision with the Scottish Government, a route described by John Kerr of the PinkHill Residents’ Association as “generally regarded as a soft touch by greedy developers to get their plans pushed through.”

“There is also a real belief that such a monstrosity of a building in a small gap site will set a very unwelcome precedent for the whole of Edinburgh.” John Kerr, Pinkhill Residents Association

Kerr, who has previously argued that the new development would have “the visual effect of the Berlin Wall”, reiterated the objections of many locals, saying the proposed flats would result in a loss of privacy, a shortage of parking, more traffic and increased risk of traffic accidents.

Kerr continued: “There is also a real belief that such a monstrosity of a building in a small gap site will set a very unwelcome precedent for the whole of Edinburgh.”

“I think it would be responsible for any developer on any development to talk to the community about what they want.” Liberal Democrat MP Christine Jardine

In the aftermath of the decision by council planners, it was reported that attempts to secure a meeting between Dandaras and local residents were facilitated by Liberal Democrat MP for Edinburgh West and Murrayfield Cllr Scott Douglas, with no success.

Speaking to CommonSpace, Jardine commented: “I had written to Dandara and asked them to have a meeting with residents and myself, and they said no. After there was some publicity about it, they said they were willing to speak to me on my own, which is not the same thing, and kind of defeats the purpose. What we were wanting was a meeting for the residents to come up with a compromise solution, rather than [Dandara] going for the appeal, and they haven’t done that. So we shall see what happens.

Jardine went on to confirm that, unless there is any compromise or move on Dandara’s part to take on board the concerns of local residents, she would be “very disappointed in the Scottish Government allowed this to go ahead.”

“What I would say is, I think it would be responsible for any developer on any development to talk to the community about what they want. From Dandara’s point of view, they’re more likely to come up with a popular planning proposal which has local support, and would have an easier process, if you actually speak to people.

“I would have hoped that Dandara would have been more open to the suggestion of meeting with residents, because the residents didn’t want to be unreasonable – to put their foot down and say they didn’t want any development. What they wanted was simply to make some suggestions and look for a compromise.”

Speaking to the Edinburgh Evening News, a Dandara spokesman said: “We listened carefully to points raised by residents and made significant modifications to the original plan.

“The planning application we submitted was compliant with planning policy and recommended for approval. After careful deliberation we have decided to lodge an appeal.”

“How can trust be built in such a process if applicants, having seen their plans rejected, are able to go straight in the back door to seek the support of ministers in overturning democratic decisions?” Green MSP Andy Wightman

The Planning (Scotland) Bill, which completed Stage 1 of the legislative process in May of this year, includes plans that would, as described by Minister for Local Government and Housing Kevin Stewart,  “give people a greater opportunity to come together to discuss consider and express their aspirations and a chance to have real influence over the future of their places”, there is at present to right of appeal for communities. Such rights are only enjoyed by either planning authorities or applicants.

Scottish Green MSP Andy Wightman, a member of the Local Government and Communities Committee, wrote in January warning of the danger that amendments to the Planning (Scotland) Bill may “perpetuate a corrupted system designed to promote the vested interests of developers” rather than boosting the power of communities.

Writing in the National, Wightman argued: “How can trust be built in such a process if applicants, having seen their plans rejected, are able to go straight in the back door to seek the support of ministers in overturning democratic decisions?”