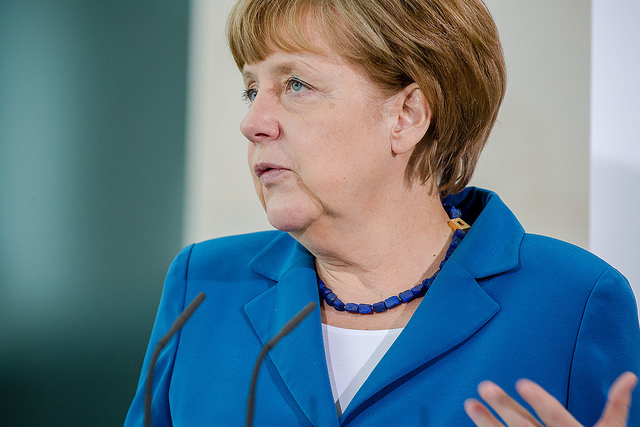 THE German elections (24 September) have confirmed Angela Merkel as the dominant political force in Germany and an historic national personality.

But her election victory masks growing political polarisation at the heart of the EU project. This has been indicated, not least, by the growth of the Alternative for Germany (AfD) party.

CommonSpace looks at the five things you need to know about the German elections and its impact on wider European politics.

1.) The German Government isn’t as stable as it might look

Not only will a possible future coalition with the ultra pro-business Free Democrat Party (FDP) and the Greens (significantly to the right of the Scottish Green Party) mean a four-way debate around every major policy issue, the CSU will likely try to move to the right to absorb AfD votes, creating tensions within the ruling party.

Many have seen Merkel’s re-election as a line under a turbulent two years, which have seen the Brexit vote in the UK and the election of Donald Trump in the US among other shocks to the political centre.

As impressive as Merkel’s political consolidation is (albeit under conditions of economic stability), signs of centrist disintegration are everywhere. Combined support for the two dominant parties – CDU/CSU and the SPD – fell to 53 per cent – low for the traditionally politically stable country.

Six (or seven if you count the CSU) parties are now represented in the Bundestag (like the House of Commons). This is the most ever and underlines the fragmentation of German politics.

This includes The Left party (Die Linke), which maintained its support at 9.2 per cent.

Strikingly, this also includes the AfD on 13.5 per cent.

The AfD was started as a Ukip-style Eurosceptic party in 2012-13, but it rapidly morphed into a more rightwing outfit. At its 2016 conference, its hard right element lost ground to a more far-right faction in the party.

Its election campaign was characterised by open hostility to the Muslim community – asserting that “Islam is not part of Germany” – and by socially conservative attitudes to women in German society. Its most prevalent election materials and slogans called on German women (always portrayed as white) to have more children. Statements by leading party figures also included calls for greater respect for World War II German veterans.

After the vote the party continued to radicalise, with more moderate figures quitting the party.

Many politicians and commentators hoped that Merkel would stabilise the EU by winning big in the election. She did, of course, win a degree of stability by winning a fourth successive term, but her own struggles to form a German government will make measures to govern the EU more difficult.

The FDP will likely oppose some of French President Emmanuel Macron’s attempts to reform the EU to make it more palatable in France. The rightward moving CSU may move towards the AfD’s German-chauvinist position that wants the EU to rebalance in Germany’s favour.

5.) Brexit didn’t feature much in the campaign

Those waiting to see how the German election will impact Brexit negotiations will have to wait a little longer.

Brexit barely featured in the election. Some predicted that Merkel would try to use national unity against Brexit demands in her campaign. It’s possible that British Prime Minister Theresa May’s failed attempt at the inverse put Merkel off. It’s also possible that the AfD’s relentless campaigning against Merkel’s decision to take in thousands of migrants shifted the nationalist focus.

Whatever the case, there are no immediate ramifications for the Brexit process, and Scots will have to wait and see what the changed situation might mean for negotiations.