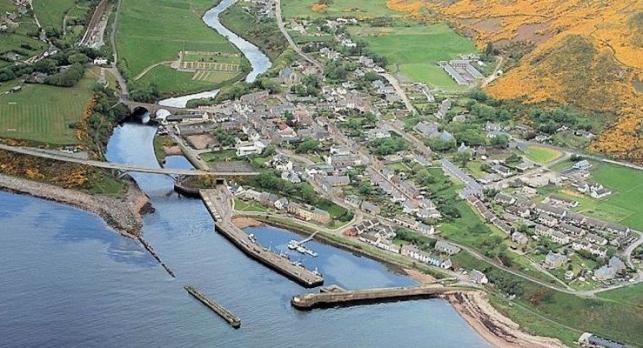 A THEE-THOUSAND ACRE community buyout plan on the east coast of Sutherland has now secured a double victory in locating financial support for the purchase from the Sutherland private estate.

Garbh Allt Community Initiative, for the townships of Marrel, West Helmsdale, Gartymore and Portgower, have achieved substantial progress towards a buyout of land surrounding Helmsdale.

This week nearly £30,000 of funds was secured from the Beatrice Partnership Fund, which is linked to the Outer Moray Firth renewable energy scheme project. The funding success adds to the £273,000 awarded from the Scottish Land Fund.

The Garbh Allt Community plan already received the overwhelming support of the local community, who returned a 96 per cent Yes vote in a public ballot in November 2016.

Community group chair Anne Fraser told BBC Highlands and Islands: “We are absolutely delighted to have secured this funding from Beatrice.We will now be moving forwards with the owner, Sutherland Estates, to complete the purchase.

“We are excited that we can, at last, put our plans into action.”

The project is one of dozens of community buyouts that have been progressed across Scotland in the past decade and a half. Now over half-a-million acres of land is owned by local communities.

Crofting townships that began as receptacles for people evicted from Strath of Kildonan farms during Clearances go into community ownership https://t.co/tqyHXS6GOo

The buyout outside Helmsdale is of particular historical significance given the wider area’s history of violent evictions and depopulations by landowners during the Highland Clearances.

In 1816 the Duke of Sutherland’s land factor Patrick Sellar faced trial for arson and culpable homicide. He was responsible for the burning of a croft in Strathnaver, while it contained an elderly women, Margaret Mackay. 15,000 people were removed from the estate’s land.

Yet just over 200 years later the Sutherland Estate, which still covers a reported 90,000 acres of land, is now selling part of its land asset to the community.  Just five miles from the buyout is Badbea, where the ruins of the village are maintained as a memorial to the destruction of the clearances on Highland communities.