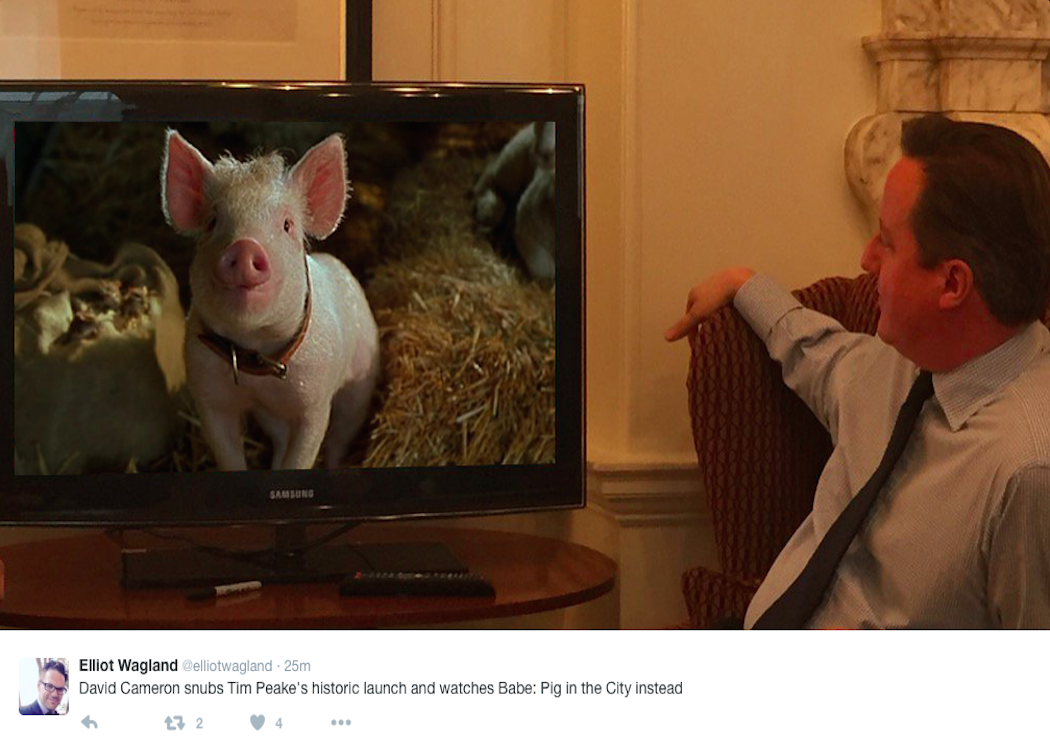 No doubt issued by some desperate (or just naive) PR assistant hoping to piggyback on the momentous occasion of astronaut Tim Peake’s lift-off, the image shows David Cameron watching the rocket launch on his television.

Unfortunately, lots of people who hate the prime minister are also tech-savvy and use Twitter. More unfortunate was that the image in question featured a large television screen, providing ample photoshopping opportunties even for beginners.

It seems people enjoy #Piggate too much for it to fade away yet. #Hameron has yet to comment.