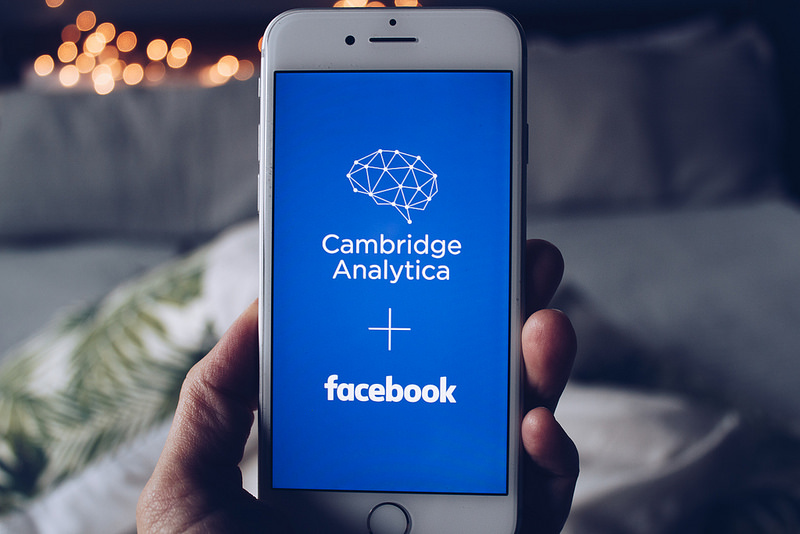 THE Cambridge Analytica scandal should prompt rule changes around how political parties and campaigns are governed, according to a leading democracy and transparency campaigner.

After a series of revelations over the past week about the SNP and the campaign group Scotland in Union’s contact with the controversial data firm, the SNP yesterday [25 April] released all of their contact with Cambridge Analytica voluntarily and called on other parties to do the same.

However, Willie Sullivan, senior director at the Electoral Reform Society Scotland, told CommonSpace that Scotland’s political parties and campaigns should be required to tell the public about the consultants and external services they employ to campaign.

“I don’t think anybody would really want to live in a Scotland where these things are kept a secret,” he said.

Read More: ‘They were a bunch of cowboys’: Ex SNP digital guru speaks out on Cambridge Analytica meeting

Cambridge Analytica became embroiled in international scandal after allegations that it had obtained data illegally which had been harvested from over 80 million Facebook users, data which was apparently used to assist the Brexit campaigns and Donald Trump’s successful bid for US president. The firm’s parent company SCL Group has a number of links to the top of the Conservative Party, while Canadian firm Aggregate IQ, which whistleblower Christopher Wylie claims is intrinsically connected to CA, accounted for 40% of Vote Leave campaign spending during the EU referendum.

Willie Sullivan told CommonSpace that outside of regulated campaign periods, it is possible for political parties and campaign groups to undertake work with external contractors which the public might never be aware of, something that transparency campaigners have said should change.

“We now have the lobbying register in Scotland, so anyone who meets with a politician to lobby on policy is required to register this,” Sullivan said.

Asked about whether a similar register should exist for the external consultants that political parties work with, Sullivan said: “Why wouldn’t politicians want to be honest about who they work with? Why wouldn’t they tell people this?”

CommonSpace revealed on Monday that the consultant who met CA on the SNP’s behalf was Kirk J. Torrance, who had previously worked for the party from 2009-11 and had the SNP as a major client after setting up his own strategic consultancy firm. Sturgeon had said at First Minister’s Questions on 19 April that she did not want to reveal the name of the consultant in fear of a “witch hunt”.

After the publication of the full correspondence with Cambridge Analytica yesterday [25 April], Sullivan said the disclosure was “a demonstration of a best practice approach to transparency.”

He said that because it is only now we are fully beginning to understand the impact of how much companies like CA can affect elections, we should be willing to put protections in place for the public.

“I believe that some of these techniques [used by CA and political parties} can be quite successful in changing how people think about the world,” he said, “When that means you could change the government of the country, that’s something that needs to questioned.”

Sullivan told CommonSpace that he was not surprised CA was backed by leading Tory donors and old Etonians.

“Rich and powerful people have always tried to consolidate their wealth and power. They’ve used it to work around the institutions of the state and government to maximise their gain.

“Rich and powerful people have always tried to consolidate their wealth and power. Companies like Cambridge Analytica are simply an extension of that.” Willie Sullivan, ERS Scotland

“Companies like Cambridge Analytica are simply an extension of that.

“If the tools these companies are using are as powerful as they appear to be, then it is deeply concerning if there is not a counterbalance [on the side of the public].”

CA told CommonSpace that it is a politically neutral “data-driven market agency” that works with both business and political campaigns: “We’re justifiably proud of our world-class data science team and the safeguards we have in place that ensure that we use data fairly, transparently and securely. We’ve worked for major commercial brands and political campaigns around the world, including a US presidential election campaign.”

Cambridge Analytica continues to refute that it holds any data on UK citizens and denies allegations that it obtained data from Facebook users illegally.