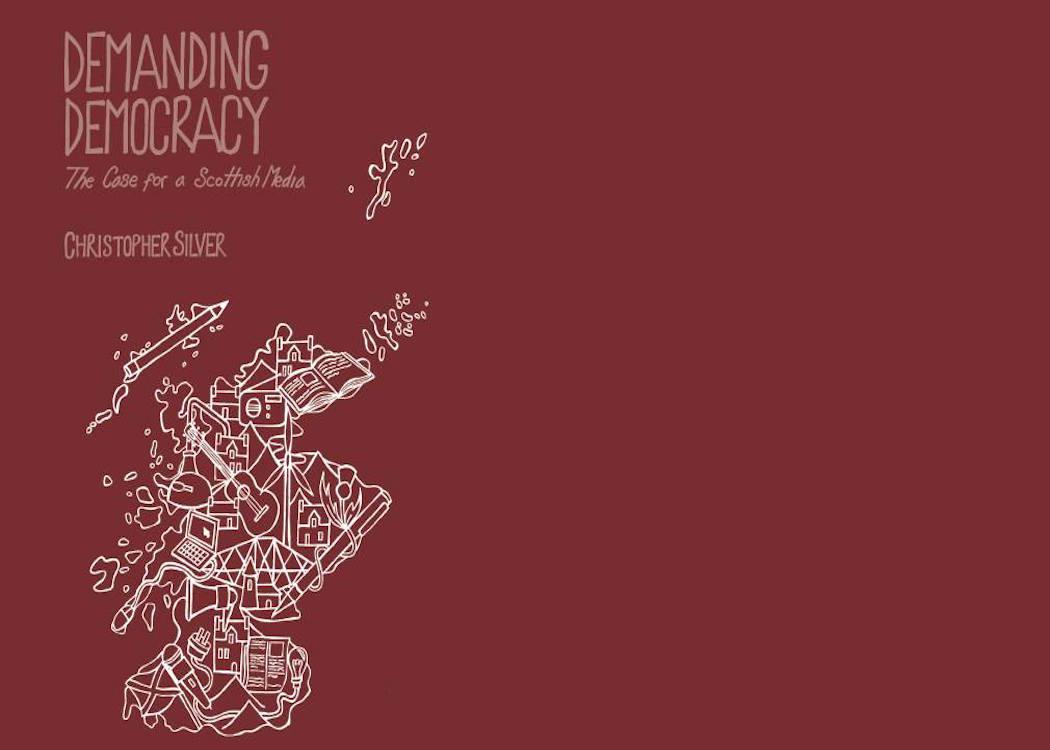 WRITER and producer Christopher Silver will launch his new book ‘Demanding Democracy: The Case for a Scottish Media’ this Saturday at 3pm in Glasgow’s CCA venue.

Silver will be joined by a panel of expert speakers to discuss the key themes of the book, including ex-BBC journalist Alison Balharry, musician and writer Pat Kane, Commonspace editor Angela Haggerty, and Channel 4 and The Ferret journalist Peter Geoghegan.

Independently published by Edinburgh-based Word Power Books, the book is billed as an accessible but thorough history of the media in Scotland and the UK, with analysis of its decline, and concrete proposals for a revival of this “vital component of public life”.

Silver focuses on what he sees as the “glaring anomaly” apparent in recent years: while Scottish democracy has experienced a flourishing revival, the Scottish media has suffered a “period of steep decline”.

“History shows that a nation without a state can continue to exist, even flourish, if the conditions are correct. A nation without a media on the other hand – that struggles to communicate with itself or with the wider world – faces a far more complex predicament,” he writes.

Commenting on the book, Sunday Herald journalist Iain Macwhirter said: “The Scottish media landscape is a dismal one right now and Christopher Silver has made a valuable contribution to the debate on how to rebuild it.”

The “vast, complex and unpredictable referendum story”, Silver argues in the book, was “met with an inadequate response in Scotland’s newsrooms”. Through interviews and research he examines why this might have been the case, and how, subsequently, things might change for the better.

The panel discussion and Q&A on Saturday will take place in the Centre for Contemporary Arts, 350 Sauchiehall Street, on Saturday 12 December at 3pm.