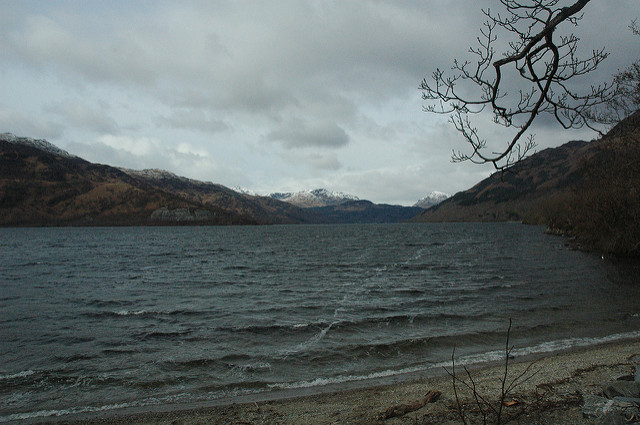 PROTESTORS against a proposed tourist resort at Loch Lomond will rally this weekend to raise public awareness of the threat to one of Scotland’s most iconic natural vistas.

The Save Loch Lomond campaign was formed in the aftermath of Scottish Enterprise appointing the private developer Flamingo Land Limited as the preferred agency for the 20-hectare site at West Riverside, Balloch, in Loch Lomond & The Trossachs National Park. Following this, a petition against the development attracted 35,000 signatures.

In an escalation of their efforts to prevent the private development by the noted theme park builders, a rally will take place of 8 September at 12pm in West Bank, Balloch.

Speaking to CommonSpace, Allanah Maurer of the Save Loch Lomond campaign said: “The plan for Saturday to get people who don’t have access to social media. One of the things we discovered is – while trying to push opposition groups to make this a national campaign, because it is a national park, therefore it’s in the interests of the nation to have a say – is that even people in Helensborough know virtually nothing about this proposed development that’s happening on their own doorstep.

“So, in tandem in running a social media campaign, the idea behind the rally was to get national media interest, and to reach those who have social media access.

“The plan is to take the information provided by Flamingo Land, print them out onto leaflets, and to allow people what is actually being proposed, because there’s been an awful lot of conjecture.

“In fairness, Flamingo Land are just sort of caught in the crossfire. Our main objection is with Scottish Enterprise, and the fact that public land which has served the community well for generations – people come from all over the world to see this global, iconic brand – is up for sale. We don’t think it should be. We think it should remain in public hands.

“I know that because Scottish Enterprise has entered into an exclusivity deal with Flamingo Land, there’s very little we can legally find out or do. Our aim would be to have this land back in public ownership and developed under community oversight.”

Speaking in September 2016 following the announcement by Scottish Enterprise, Flamingo Land chief executive Gordon Gibb said: “We are excited by the prospect of creating a resort in the national park that recognises the importance and sensitivity of the site.

“Our aim would be to have this land back in public ownership and developed under community oversight.” Save Loch Lomond campaigner Allanah Maurer

“We see huge potential on the West Riverside and view this as a fantastic opportunity to create a family-oriented attraction that supports the sustainable tourism objectives of the national park.

“Loch Lomond is internationally recognised and opportunities like West Riverside are rare.”

Following a local public meeting arranged by Balloch and Haldane Community Council to discuss the proposed development earlier this year, Jonathan McColl, SNP Leader of West Dunbartonshire Council, announced that he would be challenging Scottish Enterprise’s decision, saying: “The public meeting was filled with around 200 passionate local people, all of whom have very real concerns with the plans. Those who spoke did so in a clear and constructive way and convinced me that there are issues here that will not be resolved at detailed planning stage.

“My previous position was in favour of the principle being established but then looking at the detail at the later stage it no longer made sense. I want to thank everyone who took time to come along and express their views. It is now my intention to submit an objection to the application through the National Park Planning website.”

“It is time Scottish Enterprise walked away from this potentially disastrous agreement and consider for a moment how best they could work with the people of Balloch to develop this area in a way that will benefit them.” Writer and broadcaster Cameron McNeish

Green MSP for the West of Scotland Ross Greer, who will be appearing at the demonstration against the development this weekend, told CommonSpace: “Loch Lomond is world famous for its natural beauty, that’s why it’s such a great destination and it needs to stay that way. I’ve engaged with the developers but it’s clear that serious concerns around huge damage to the local environment, access to what is historically public land and the impact of hugely increased traffic on the local community that simply can’t be addressed by Flamingo Land’s proposals.

“When the developers’ own assessment outlines unavoidable and extensive damage to ancient woodland and to valuable wildlife habitats, alarm bells should ring. Residents need to get their objections in to the National Park Board immediately to ensure that their voices are heard.

“As a wider point, we need to ask why government agencies are selling off national park land rather than serving the people by protecting our public space. It should be for the community to lead on developing the local area and while we try to see off this proposal, I’m excited to be meeting with community groups who are determined to do just that.”

“It’s clear that serious concerns around huge damage to the local environment, access to what is historically public land and the impact of hugely increased traffic on the local community that simply can’t be addressed by Flamingo Land’s proposals.” Green MSP Ross Greer

In a letter of support for the campaign, the writer and broadcaster Cameron McNeish said: “It is time Scottish Enterprise walked away from this potentially disastrous agreement and consider for a moment how best they could work with the people of Balloch to develop this area in a way that will benefit them, and not commercial shareholders.

“I have no doubt many will raise the issue of jobs. I accept there is a need for new jobs in this area but what kind of jobs will be on offer here? And you can bet your bottom dollar that the better paying jobs will be taken by people from outside this area, leaving the crap jobs, the poorly paid jobs, for the locals. People of Balloch and Alexandria, you deserve better than this.

“My God, what are we doing to Scotland? It sometimes seems to me we are ripping the soul out of our nation, tearing up our natural resources, those elements that have made Scotland world-renowned and have given us our culture, our arts, and our identity.

“And for what? To try and appease the unquenchable thirst for profits from businessmen who have absolutely no other interest in Scotland.”