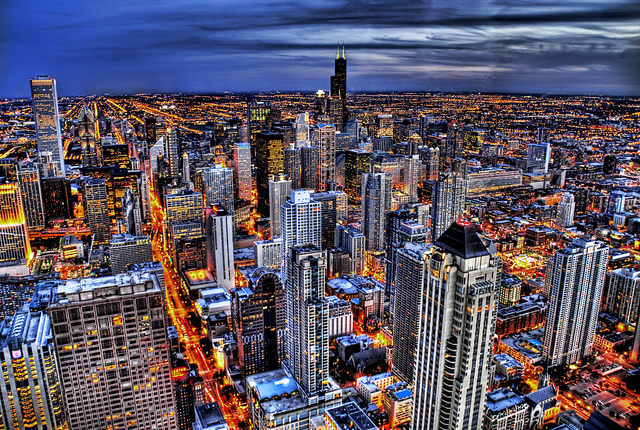 In the final instalment of a three-part series on how technology is changing the fabric of society, Derek Bates examines the importance of community

UNLIKE terrorists, whose purpose appears to be to stop progress, restrict our freedom and compel us to accept laws and mores which applied many centuries ago, most of us are aware that it is impracticable to inhibit advancement.

We are fearful that we will be unemployed and purposeless while artificial intelligence (AI), with banks of knowledge which far outweigh our own, will perform more efficiently than the limited experience of the human mind ever could.

We must enter into multinational debate about what futures we want for ourselves and our children. Many years ago I wrote a future fiction book, The Quintissensualists. It looked at a society where we have everything we want.

Read part I of the series here – Rise of the machines: Technology may soon replace workers – but is it a good thing?

For example, electrodes implanted in our brains at strategic points able to induce any activity we wanted: a beach in Florida, the ascent of Everest, an evening with an attractive member of the opposite sex, or same sex if you preferred. No matter what, everything was available.

All the appendages to the mind, including our limbs, became unnecessary. Administrators realised that since we live entirely in our minds – all sensations from our bodies pass into and out of our brains including consciousness, that quintessential part of living – so humans were rationalised and existed only as a brain in a glass cylinder, fed with nutrients and stimulation.

Death came when a mechanical arm at a pre-determined time, took out the glass cylinder and dropped it into a furnace – the mechanical reality of the hell we are all told to fear if we don’t behave without sin. The difference between the hell of religions and that of this reality was that death was instantaneous.

That’s beyond the horror of what might happen if we do nothing and just drift into what might be a future where humanity is bypassed in the name of increased efficiency.

Let’s look at some of the social ailments that should exercise our minds in the future, including changing the driving force of capitalism which, as practised now, is almost totally predicated on the bottom line.

Mention ethics in business today and you will get a wry smile from your listener, a shrug of the shoulders and the response, "that’s not what business is about, is it?" The general feeling is that business is only interested in profit and the bottom line is the main motivator.

In recent years, many companies have adopted corporate social responsibility, (CSR) as the great hope which would transform their reputations so that they would be seen as being concerned about social issues. CSR itself is now arousing the same wry smile. Why is this?

The reason is that too many companies wanted CSR to be a profitable activity which would bring a return in financial terms. But it is important that businesses recognise that not just charities, not just individuals but everyone has a duty to give back to the community in a positive way.

Modern life imposes an unforgiving pressure to succeed. The admiration that material success inspires acts to suppress selflessness. The common conception is that we are motivated solely by self-interest. This was characterised by Thomas Hobbes’s in 1651 in his treatise, Leviathan.

"Humans are fundamentally and universally selfish, and governments must control them so that they don’t destroy one another in the short-sighted pursuit of self- interest."

But increasingly, sociological, psychological and economic studies demonstrate that we are strongly motivated by selflessness. In Sweden, blood donors were offered payment for their blood, and over time, fewer people contributed. However, when they were told that their payments could be contributed to a charity of their choice instead, blood donations returned to the level before payment was offered.

When we have no work to rush to each day, we will be able to be philanthropic with our time and develop our selflessness. How do we do it? Giving money directly to a charity is what most people and businesses do but this can be too easy and is often adopted simply to salve a guilty conscience. The giver feels better but the contribution should not be simply financial.

People need more than just a handout which, if it is seen as only that, can be destructive by taking away self-pride from the receiver. A far more effective approach is to give time, meet the recipients, ask what their interests are, what they want to do with their lives and consider if there are any opportunities which will provide stepping stones for them.

Money is a facilitator but human contact is far more important. The carrot or stick practice fails to motivate people whereas an appeal to selflessness can be more productive and will result in a sense of fulfilment.

What does fulfilment as a human being mean? Firstly, we all have a need for companionship and want to be surrounded by peers who share our interests and our pleasures. So we choose to live in communities (which, for convenience we will refer to as 'cities') even though we constantly complain about the problems of overcrowding, the cost of living, housing, transport and the polluted atmosphere which we are told is destroying our health.

We must enter into multinational debate about what futures we want for ourselves and our children.

Partly, this is marketing hype where we are constantly told about problems so that we become pliant consumers for the latest fad diet, health food, exercise regime or new drug.

The rapid growth of cities demonstrates that we are drawn to city life. In 1950, 30 per cent of us lived in cities, today it’s around 55 per cent and by 2050 it is predicted that 66 per cent of the world’s population will live not in the country, which we all say we love, but in congested cities.

Is it just masochism or is there a driving force in our psyche which compels us to live in cities where the density of population means that cities provide something for every need? Whether our interests are darts, football, art, music or media we can be sure to find kindred spirits in cities.

This would not be the case if we elected for a quiet, contemplative existence in the country. We want to be respected not just for our achievements but also for our knowledge and the opportunity to demonstrate our learning in conversation with friends.

When we feel low, this contact is often able to restore our stability, if only because we find that our problems, which may have seemed insurmountable, are not exclusive to us.

Money is a facilitator but human contact is far more important.

If we opt for what might be considered an idyll on a farm, surrounded by cows, with Mrs Jones our nearest neighbour, two miles away, who bakes delicious cake and is lovely but demands little in the way of conversation and wants to talk about her arthritic hip, the chances are that we will become listless, bored and depressed.

Depression is one of the worst ailments since it can be self-perpetuating and often does not respond to treatment. As Newsweek reported in 2014, "In the US the rate of farmer suicides is just under two times that of the general population. In the UK one farmer a week commits suicide.

This is not to say that one cannot be lonely and depressed in cities; on the contrary, being surrounded by those who are rushing to get to work during the day or partying at night can be devastating for those who are excluded or, even worse, feel that they are.

Why is it worse to feel excluded? Simply because, to have feelings of inferiority and not have the resources to join communities is self-perpetuating and often is the precursor to mental disease.

The carrot or stick practice fails to motivate people whereas an appeal to selflessness can be more productive and will result in a sense of fulfilment.

If you are excluded because you are new, there are many ways to join these communities including going to lectures, joining a club, doing amateur dramatics or going to the pub to avoid the emptiness of the closing of a door to a solitary home.

A frequent plea is that we should do unto others as we would want to be done to ourselves but if we extend this to treating others better than we would like to be treated, we will find it pays dividends.

The emptiness which threatens our future need not exist if we use our time to consider the needs of others. Schisms resort to terrorism because they are aggrieved. With increased time for dialogue, we will have opportunity to talk with those who have a grievance and to thereby resolve our conflicts.

As L.P. Hartley said, "The future is another country, they do things differently there".

We must prepare for the difference by encouraging selflessness and concern for others (including Mrs Jones with her arthritic hip).