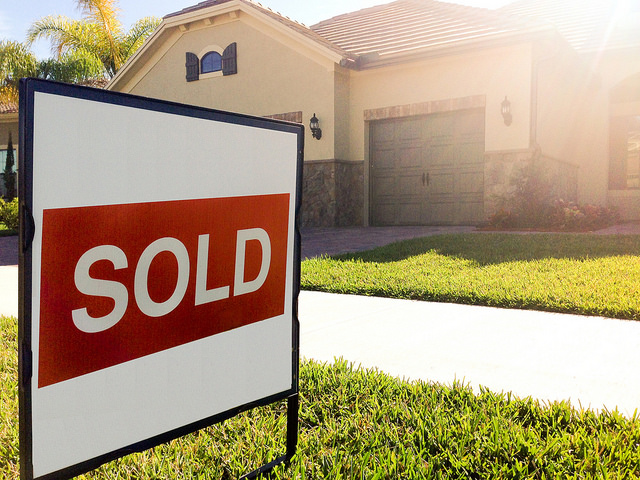 The Royal Institution of Chartered Surveyors worries that the Land and Buildings Transaction Tax is “encouraging property owners to eschew moving in favour of improving their current properties.”

SCOTLAND’S new Land and Buildings Transaction Tax (LBTT), introduced following the devolution of stamp duty to the Scottish government, has been criticised by the Royal Institution of Charted Surveyors (RICS) for having a negative effect on the sale of high end homes.

Citing official figures from the Scottish Property Federation (SPF), which indicated that LBTT generated revenues of approximately £481 million in 2016/17, RICS Scotland policy manager Hew Edgar told the Herald newspaper: “This latest survey merely reinforces what we have been saying for some time – that the current LBTT bandings are creating a bottleneck in certain areas of the market, and encouraging property owners to eschew moving in favour of improving their current properties.

The estimation was almost £57 million below the Scottish government’s initial forecast.

“The Scottish Government must address this problem by reviewing the LBTT framework and putting in place a structure that would inject some much-needed fluidity into the market.”

According to figures released by the Council of Mortgage Lenders (CML) in May, the number of home movers in Scotland has dropped by eight per cent, compared to 2016.

“The Scottish Government must address this problem by reviewing the LBTT framework and putting in place a structure that would inject some much-needed fluidity into the market.” Hew Edgar, RICS Scotland policy manager

The highest end of the housing market, featuring homes listed in excess of £1 million, reported the greatest change, with 68 per cent of sales prices ending up below the asking price.

RICS chief economist Simon Rubinsohn also told the Herald that the downward trend in house prices was likely to continue “for some time to come.”

“Lack of new build in the wake of the financial crisis is a fundamental factor weighing on the market,”

Rubinsohn continued, he said: “And there are some very real consequences for the UK economy from all of this, including the impact on the ability of people to be mobile when looking for work.”

However, a different view was taken by the activist and academic Mike Danson, Professor of Enterprise Policy at Heriot-Watt University.

Danson told CommonSpace: “We’ve had a report today that across the UK, house prices are falling in the South-East, or there’s a lower number of transactions in the South-East, going out from greater London, and really in the more prosperous parts of the UK, which affects Brexit and certain other factors in the economy as a whole.

“Being able to separate out the impact of LBTT on the Scottish market is very difficult. If you look at what RICS is saying across the UK, then what they’re focusing on elsewhere is quite different than what they’ve just highlighted.”

“It’s interesting that we get this the day after headlines about homelessness potentially increasing, particularly in the south of England. These things are not unrelated. Having a better planned, managed housing market is good for the vast majority, apart from a few professions.” Professor Mike Danson

Asked if slowing down a rampant property speculation market might be a good thing for the majority of Scots who are unlikely to be in the market for a higher end home, Danson answered: “Indeed, yes.

“Often in quite subtle ways, because what tends to happen is that house price inflation starts at that upper end and then seeps down, from those higher price houses down through the market.

“Taking the heat out from the upper end, then it can mean we get a more stable pricing structure in the housing market overall.

“It’s interesting that we get this the day after headlines about homelessness potentially increasing, particularly in the south of England.

“These things are not unrelated. Having a better planned, managed housing market is good for the vast majority, apart from a few professions.”

Speaking of how successful the LBTT itself has been, given the criticisms made of it, Danson said: “So far, in some ways it’s too early to tell.

“We don’t know what all the factors are affecting house prices in Scotland. We shouldn’t be overly listening to knee-jerk reactions from bodies that benefit from house price inflation.

“Britain’s quite unusual. In a lot of countries, people don’t aspire to own their own homes, if you look at the Netherlands, Germany, and the like.

“One of the problems we’ve got in the UK is a lot of investment goes into housing. So rather than being seen as a home, they’re seen as an investment.

“And we’re now in a period when it’s impacting negatively on younger generations.”