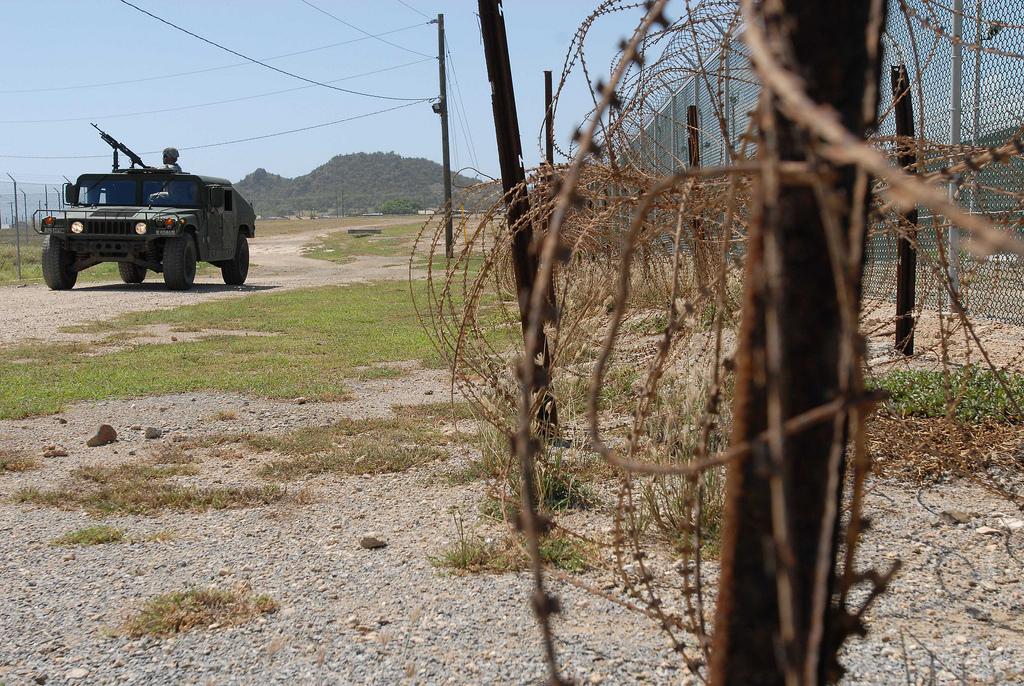 Despite calls from the UK Government, the US refuses to release Guantanamo Bay’s last British resident

US AUTHORITIES have refused to release the last British resident detained in Guantanamo Bay, Shaker Aamer, despite calls from the UK Government to free him.

Ramzi Kassem, Aamer’s legal counsel, requested that David Cameron and his Government pressurise the US following a pledge from Barack Obama in early 2015 promising to prioritise Aamer’s case.

Aamer has been detained without trial for 14 years.

Kassem raised concerns over Aamer’s mental and physical condition, claiming that his health deteriorates further with each passing day.

The US authorities have come under heavy criticism after Kassem claimed that Aamer had been denied access to independent medical treatment, in spite of alarm bells being raised over the impartiality of the US army’s medical personnel.

At a court in Washington, Kassem filed at motion, requesting that independent doctors to assess his level of post-traumatic stress examine the British resident. The motion was however rejected by the Department of Defence, claiming that it would have been too difficult to conduct.

Dr Emily Keram was the last independent doctor to assess the physical and mental condition of Aamer. This assessment took place in October 2013, and concluded that Aamer was mentally destroyed, adding that he had by subjected to beatings and sleep depravation.

Kassem was quoted in Russia Today stating: “It is truly shameful that we have to litigate every step of the way despite the prime minister’s demand and the president’s pledge to prioritize Shaker’s case.

“The UK government must press the White House to make good on its promise. The only thing more shameful are the arguments the US government is making in court to prevent Shaker’s examination.”

Describing his treatment at Guantanamo Bay, Aamer stated in Russia Today : “I was not a human being any more. I meant nothing to them. I lost my dignity, my pride.

“I had to take off my underwear and hand it to them. I had sleep deprivation for 11 days. That made me crazy. They poured cold water over me. They kept me standing for 20 hours a day. I had to hold my hands and arms out.

“All of the statements I made at Bagram were during the sleep deprivation. I would have said anything. I told them, ‘I will tell you I am Bin Laden if you want me to.”

Aamer’s arrest was carried out in 2001 in Afghanistan where he was doing charitable work. He was moved to Guantanamo Bay in 2007 after the US military claimed that he was an associate of Osama Bin Laden.

Picture courtesy of The US Army