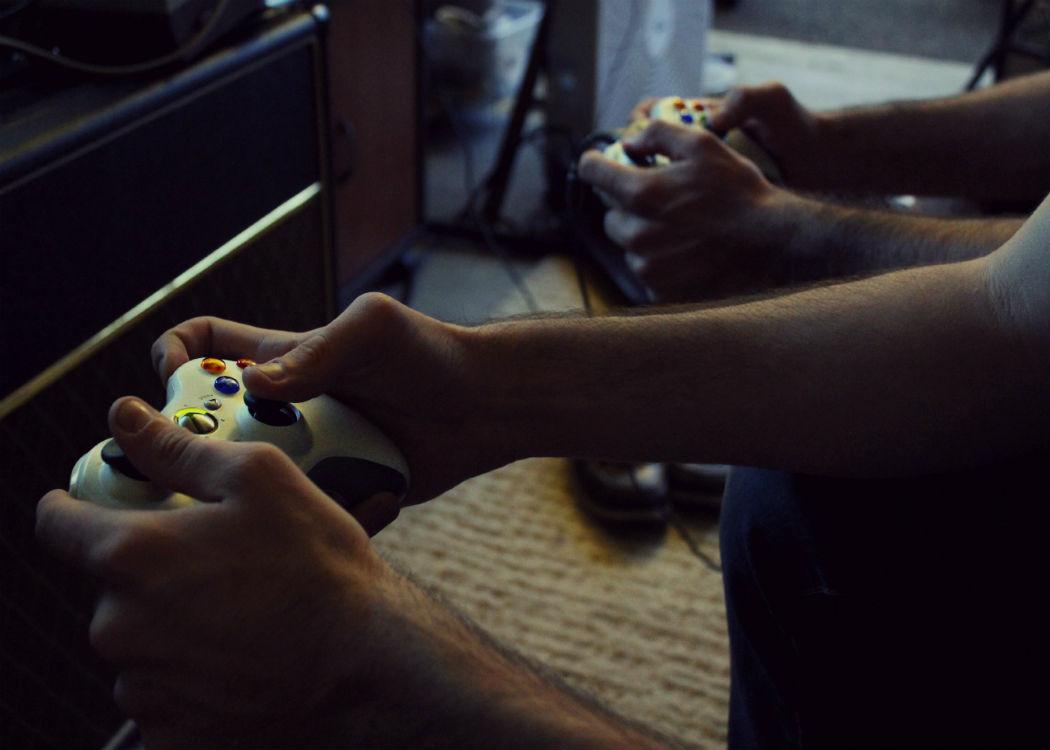 The video games journalist responsible for the popularity of the polemical SquareGo Scottish video games website now works as a writer and educator for the industry in Scotland, and professes he would never leave it for his native England.

Grand Theft Auto brought “positives and negatives”, he says. It brought video games and Scotland into households all over the world. And it’s not just because of the unprecedented freedom or the controversial violence of the games: “There is a dark humour, a very Scottish dour humour in the games that people enjoy.”

You might say the origins of the Scottish industry were humble, but they were mighty in a different world. Davy Jones, an engineer at Dundee’s Timex plant – part of the city’s industrial yesteryear, established DMA in 1987. The company developed into Rockstar, the producers of Grand Theft Auto.

“If you were to look at a family tree of the Scottish games industry, you’d see it all spread from Dundee, from DMA,” Harris says.

The 1980s really felt more like “the 1890s”, he says: “These companies were just springing up with no rules and nothing to facilitate them.”

“Companies were just springing up with no rules and nothing to facilitate them.” Phil Harris

“Good and bad came out of that situation and still seeds the Scottish industry to this day,” he says.

Brian Baglow, a one-time Grand Theft Auto writer and now the head of the Scottish Games Network (SGN), a growing Scottish industry body, says that the global explosion of the Grand Theft Auto franchise brought national as well as global attention: “It’s only the advent of Grand Theft Auto which has forced the media and the population at large to recognise that games may have some cultural value,” he says.

The latest in the franchise, Grand Theft Auto V, had sold 15 million copies by October 2013 when SGN was established as a distinctive Scottish trade body.

Baglow says SGN was originally created in 2004 as a “place for everyone to meet, talk, shout about what they were up to” at a time when there was mutual disinterest between the video games industry and the media. Today SGN has become “the de facto industry organisation”, a situation Baglow hopes will be remedied this side of 2016 when it becomes the official industry driven body.

The unknown quantity of the Scottish, and global, video games and digital industries today is their connection to the sharp edge of modern technological development.

Baglow says: “Games are no longer confined to dedicated devices such as Xboxes and PlayStations. Instead they’re now ubiquitous on almost every type of device and – importantly – devices which are in the hands of everyone.”

And that’s just video games. The forthcoming Oculus Rift virtual reality headsets look ready to do what generations of similar devices have promised and failed to do: use immersive virtual reality environments to fundamentally alter the way people use video game type technologies.

“This whole move into interactive experiences opens up entirely new areas in which games, game technologies and the like can be used to change, increase, enhance and evolve areas such as medicine, healthcare, education, politics, sport, recreation, public safety,” Baglow says.

It was in part the rapidly developing technological scene that led Dundee-based games entrepreneur Chris Van Der Kuyl to recently state that Scotland’s games industry could, in the future, overshadow North Sea oil .

“Games are now ubiquitous on almost every type of device and – importantly – devices which are in the hands of everyone.” Brian Baglow

An exaggeration, perhaps (Harris playfully calls this the “more amazing than a million oil industries” thesis), but there are plenty of sound reasons for Scotland’s economic strategists to be promoting video games.

Scotland’s video games are mainly produced for export to a variegated and growing world market, and are affected little by a suddenly depressed and shrinking internal marketplace. Ninety-five per cent of the UK’s developers export their product abroad to both established and emerging markets.

By the end of 2015, the UK’s internal market is expected to represent around five per cent of the markets of the world’s top six biggest consumers. The UK is ranked sixth in that league table, the largest market is China which has a video games consumption base about seven times the size of the UK’s. The well-established U.S market is similar in size to China’s.

So what is being done, and can be done to strengthen this industry? One thing that Scotland has clearly done right by the industry is education. The University of Abertay launched an industry first video games course in response to the success of DMA and today is recognised as a centre for excellence for video games and interactive media courses, a success story Baglow partially attributes to Scottish Enterprise.

Harris has one suggestion; a separate, dedicated funding state body to serve the development of the video games industry.

“Creative Scotland and other funding bodies do a great deal to support the arts in Scotland. Whether they are the right body to support video games; I don’t know. I think there should be a separate body, 100 per cent,” he says.

Creative Scotland and Scottish Enterprise have both had and their run-ins with the Scottish video games industry in the past.

In 2012 the two Scottish Government bodies produced a report with 2010 industry data which alleged the industry employed just 200 people and that gross value added (GVA) to the economy was PS0.

The faulty report drew a rebuttal from SGN, which pointed out that Rockstar North alone employed more than two hundred people, and that there were at the time some 120 Scottish industry related firms.

“Creative Scotland and other funding bodies do a great deal to support the arts in Scotland. Whether they are the right body to support video games” Phil Harris

The analysis was wrong, and the Scottish Government stated that the figures were anomalous, with the government’s own findings estimating the industry’s GVA at PS1bn. But the tone of the affair showed just how anxious the industry is to be well represented.

Baglow hasn’t allowed the farce to sour his view of state involvement or its commercial public bodies, which he praises for their international promotion of the industries: “The Scottish Government has actively supported the games sector for a number of years. Initially it was via the commercial public sector bodies which supported the games sector globally since the mid 1990s.”

A Scottish Government spokesperson told CommonSpace: “Creative Scotland and Scottish Enterprise are working with the sector to establish the financial and business support it requires, in collaboration with the Scottish Games Network, to ensure public sector support is tailored to the needs of the video games sector.

“The long-standing Digital Media Industry Leadership Group (DMILG) in Scotland includes representatives from the videogames sector and exists to promote the interests of the Scottish digital media sector and to advise the Scottish Government and its agencies on policy and implementation which affects the sector.”

Neither Baglow nor Harris has even heard of the DMILG, suggesting that there is some way to go before communications between industry bodies of the industry itself.

Another suggested boon to the industry would be tax cuts, Harris says, clearly inspired by the tax breaks awarded to the Canadian industry and which have been credited with its emergence to the global stage in recent years.

Tax cuts will always be controversial, so why favour this method over investment? “I’d take either,” Harris says.

Indeed, government funding has been forthcoming. In October 2015 the Scottish industry benefited from a portion of UK Government investment of PS4m, some of which went into projects at Abertay University.

“But perhaps tax breaks would be more appropriate for younger firms or experimental wings of larger ones,” Harris adds.

“The Scottish government has actively supported the games sector for a number of years.” Brian Baglow

The Scottish Government has consistently called for tax breaks for the industry, but for the time being such reductions are beyond the Scottish Parliament’s powers. Whatever for the assistance it it takes the Scottish industry, he feels, needs an edge.

Many of the recommendations raised by Baglow and Harris could have been made by any advocates of any branch of the economy. Lower taxes, more attention from governmental bodies, a more supportive environment for the industry.

Still, perpetual and self-conscious nation builders as the SNP are, surely they will continue to broaden the government’s interests in the future of an already iconic, and potentially bountiful small industry.

An industry the size of Scotland’s video games sector isn’t about to solve all of the ills of a national economy dominated by industries as engorged as oil or banking. Not overnight.

But with the industry so attached to a technological field in lift-off, how much might ‘overnight’ possibly change?