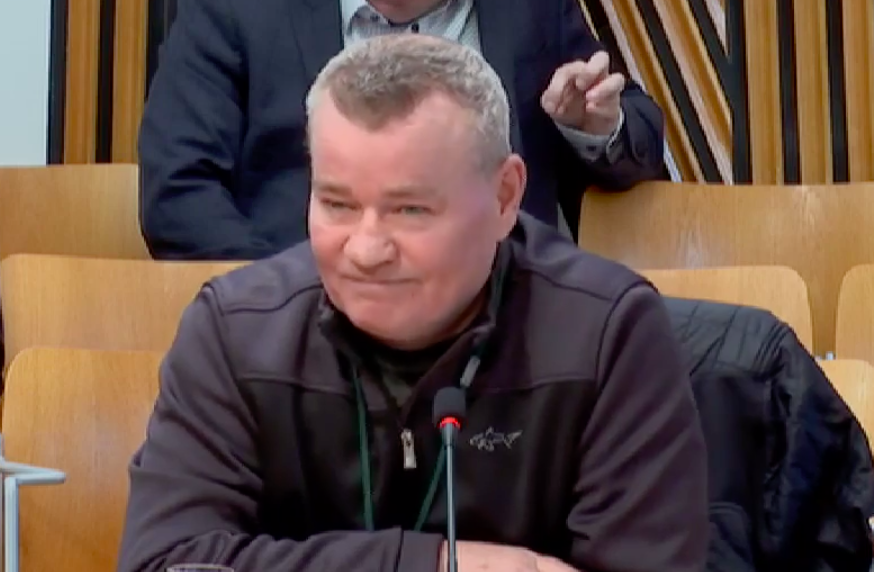 Dillon’s statement came as part of a hearing of the Economy, Energy & Fair Work Committee at the Scottish Parliament on Tuesday [5 February]

A UNITE trade union official has told a Scottish parliamentary committee that directors of firms which have gone into administration should be barred from setting up new companies, following the collapse of the building company McGill & Co Ltd.

The company called in the administrators last week and is set to axe 374 of its 450 staff in Dundee, Edinburgh and Glasgow, with 200 of those job losses expected to come from Dundee.

The collapse came as a surprise after the firm announced a profit increase of 209 per cent in its company accounts for the last financial year.

READ MORE: The life of a construction worker employed by an umbrella company

“Some of these firms open up as a ‘phoenix firm’ a couple of weeks later. Directors of companies are needing looked at: how when a company goes into adminstration, how those people operate after that administration.

On 22 January CommonSpace reported that workers in Dundee who previously were employed by the restaurant Brassica are still seeking unpaid wages after the firm went into liquidation last year.

One of the company owners, Dr Rami Sarraf, established Brassica Ecosse months after on the same site, and was given a license by the Dundee City Council licensing board, despite the outstanding wage claims.

Jackie Baillie, Scottish Labour MSP on the committee, asked those giving testimony whether the construction sector had learnt from the January 2019 collapse of the PFI firm Carillion, and was told by Ian Rogers, Chief Executive of the Scottish Decorators Federation: “No. Absolutely no.”

But Rogers questioned whether government had learned anything either, arguing that the procurement process was still based on giving one big contract to large firms, with the criteria for awarding contracts still dominated by the prioritisation of cost effectiveness above all other firms.

Rogers said that Scottish Government changes to procurement to 2013 had not improved the situation. He criticised the ‘Hub’ model used in recent years by the Scottish Government quango Scottish Futures Trust to organise public-private partnerships on infrastructure development, saying that Hub contracts “do not cascade down to smaller employers”.

This was backed up by Dillon, who said “small contractors get nothing out of [Hub contracts]”, with Hew Edgar, Interim Head of Policy for RICS in Scotland, also describing the procurement process as “flawed”, saying it benefited companies outside of Scotland more.

The experts also identified significant labour market risks in the construction sector in coming years from a drying up of “mega projects” like the Queensferry Crossing and the Aberdeen Western Peripheral Route, leading to many workers going to England to find work on the mega-projects HS2 and Hinkley Point C. Edgar’s said that the Scottish Government should be looking at a regular pipeline of mega-projects to keep skilled labour in Scotland.

Brexit was also set to be an issue in terms of potential labour shortages, the experts agreed, with Rogers saying the £30,000 income threshold the UK Government is set to introduce for migrant workers to move to the UK will be “a barrier in [the] construction [sector].”

On housebuilding, all the experts agreed that the development of off-site construction – where houses are built in factories and then transported to the site – could aid productivity and drive up standards in the sector, but would be a complement rather than a replacement for on-site construction.

Rogers identified the major impediment to more housebuilding in Scotland as housing developers “massive land banks”, arguing that developers have a drip-feed approach in order to keep prices high. He added that this would have to be addressed if the rate of affordable housebuilding were to quicken.

READ MORE: Why sexism in male-dominated industries is not an issue of the past

SNP MSP Angela Constance asked about the lack of diversity in the construction sector, historically an overwhelmingly male industry, and Rogers admitted that it remained “not an attractive place for young girls to come in”.

Dillon said that diversity could be improved if workers’ conditions were better, citing unhygienic toilets on construction sites as an example of poor conditons.

“[MSPs] probably wouldn’t last a minute,” he said, “so there’s dignity issues which would prevent women from coming into the industry. We need to make sure the conditions are right, because [construction] workers have been working in poor conditions for years, and we need to make it good for everybody.”

Dillon also cited a poor quality pension scheme (“garbage”) and no childcare support as two other factors which would put women off entering the sector.

Simon Rawlinson, a Partner at Arcadis, representing the Construction Leadership Council, said he was more optimistic about increasing diversity, with off-site construction sites likely to be places women will find more appealing to work in.