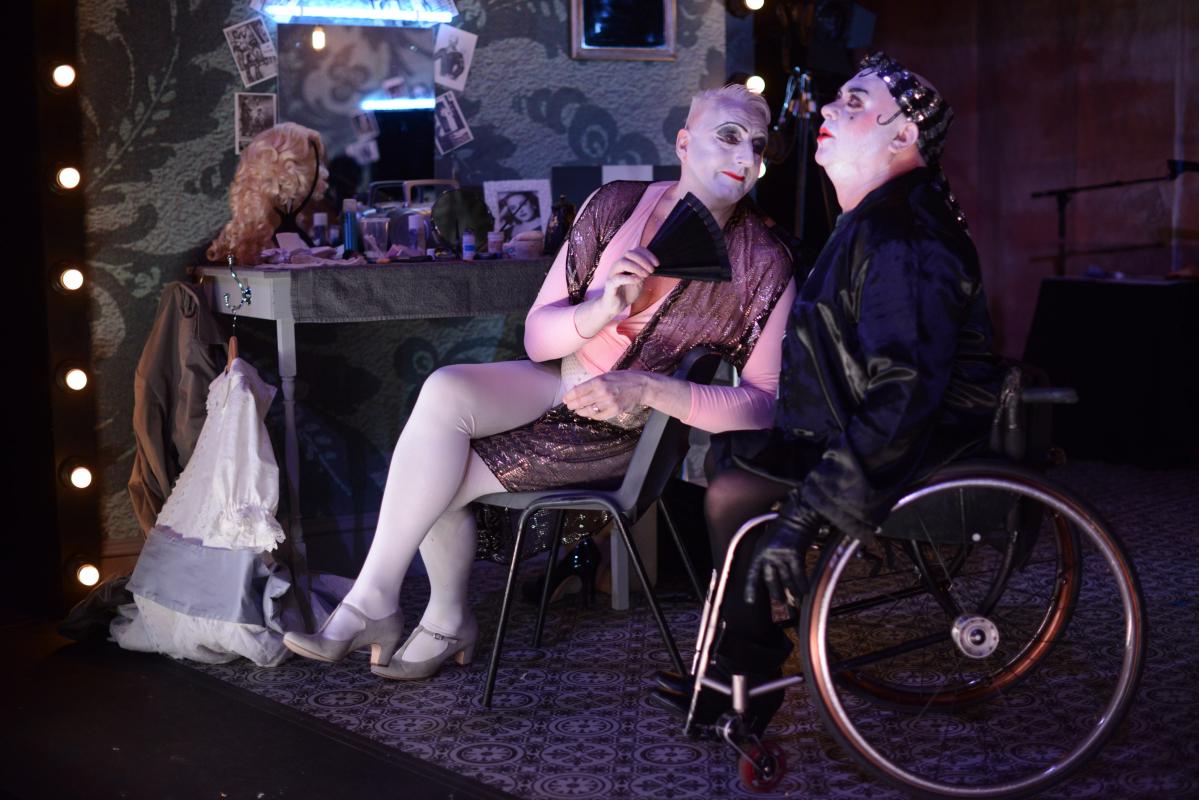 CREATIVE SCOTLAND has drawn criticisms over a number of unexpected funding decisions which left twenty organisations which relied on regular funding over the least three years with their contribution cut to zero, including several organisations working with people with disabilities and with children.

“It feels that these disabled stories aren’t meant to be part of the arts ecology in Scotland.” Robert Softley Gale, Birds of Paradise

Artistic director of Birds of Paradise Robert Softley Gale said that in light of the cuts made to the organisation by Creative Scotland, “it feels that these disabled stories aren’t meant to be part of the arts ecology in Scotland”.

Softley Gale said: “As a company, Birds of Paradise is at the forefront of promoting access, diversity and inclusion; creating positive images of disabled people through world-class work, and participation to the arts for all.

“Central to the impact that we have, and the benefits that we bring to the arts in Scotland, is the role that we play in putting the stories of disabled people on stage; both for artists and audiences. Be these stories of men with Cerebral Palsy who are husbands and fathers, or stories of disabled dancers in 19th century Paris, or stories for young people to show them strong role models who are disabled.

“The board and staff are devastated at Creative Scotland’s decision. This is particularly difficult, in a celebratory year, when we were set to showcase how we are making exciting, innovative work that is looking to the future. Now our future is uncertain.”

Speaking of the wider impact on the disability arts sector, Softley Gale added: “I am heartbroken for our friends and colleagues Lung Ha and Janice Parker, who similarly provide such vital work and support to disabled artists, and whom have also been affected by RFO cuts.”

“In 2018, the year of young people, this is hugely disappointing.” Scottish Society of Playwrights

In a statement, Catherine Wheels said that the decision means that Scotland is now the only country in Europe without a regularly funded children’s theatre company, and described this as “an embarrassment for a progressive nation”, and one which is particularly “ironic” in the Year of Young People.

The statement continued: “As Scotland’s most celebrated and prolific producer of children’s theatre we are devastated by Creative Scotland’s decision to cut our funding.

“Although our RFO application shows we were recommended for a nine per cent funding increase we have been told, without any prior notice to Wednesday’s email, that we will no longer be regularly funded.”

The Scottish Society of Playwrights released a statement on the announcement, expressing their “dismay” at the loss of funding to a number of established theatre companies, including Lung Ha and Birds of Paradise, which they said had “championed diversity and inclusivity in Scottish theatre in a way not seen elsewhere”.

The statement added that Catherine Wheels and Visible Fictions were “internationally recognised” for their work with young people, adding: “In 2018, the year of young people, this is hugely disappointing.”

A spokesperson for Fire Exit theatre company said the company was “shocked and disappointed” by the decision, which meant “the company will face closure after creating award-winning performance work for the last 17 years in Scotland”.

Ayr Gaiety Chief Executive, Jeremy Wyatt said that, while the theatre would continue its work, it would be “forced to review the volume” and limit its “support for emerging artists, instead focussing on commercial successes”.

A spokesperson for NVA noted that the organisation had received the regular funding for more than 20 years and said the news that this would not continue was “very disappointing”. However, the spokesperson added that Creative Scotland are “only one of many partners” which support its work, and that the organisation will continue to deliver a lively programme through which its “reach and ambition which will continue unabated”.

“The network has been arrived at through a careful and thorough decision-making process involving staff across Creative Scotland and our Board. While we can’t support everyone, we seek to provide a range of different opportunities to access support across all of our funding routes, including Open Project and Targeted Funding.

“With this in mind, we are developing a new £2m Touring Fund for 2019/20, with support from the National Lottery, as part of our Targeted Funds.”