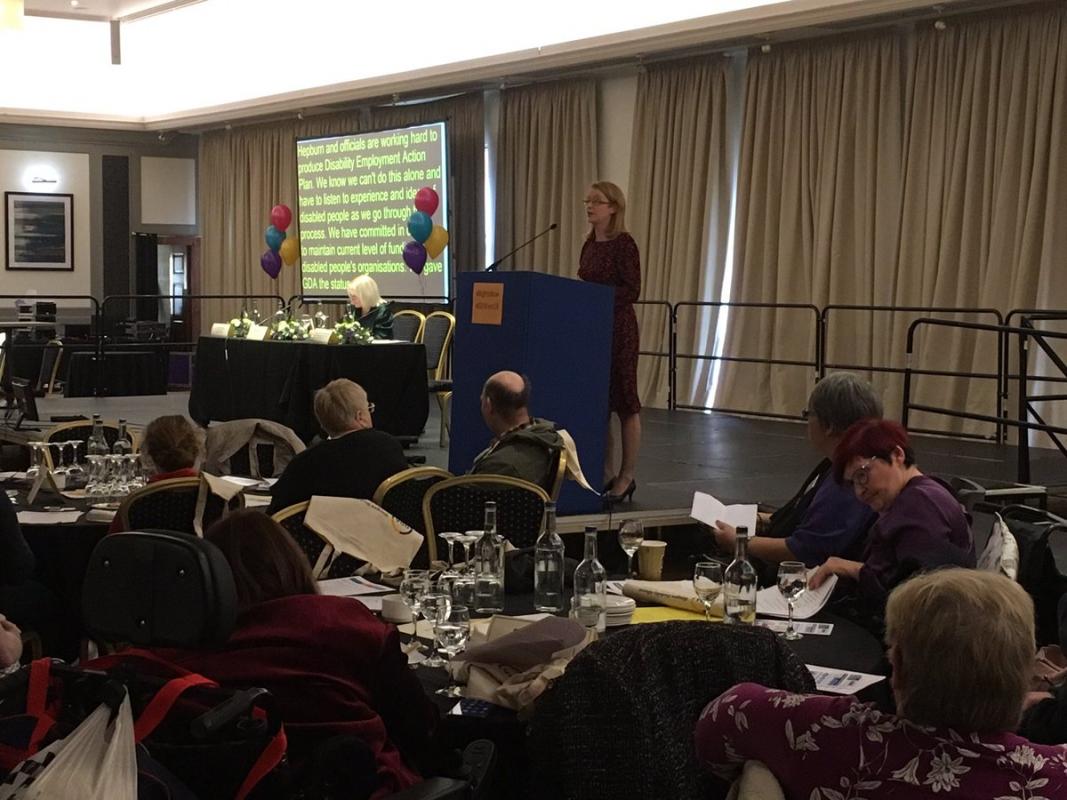 DISABLED SCOTS have riled against Universal Credit and the wider impact of austerity measures, as the planned roll-out of the flagship policy was halted by the UK Government on Tuesday (16 October) amid a storm of criticism.

There were angry scenes as over 500 members of the Glasgow Disability Alliance were addressed by Scottish social security secretary Shirley-Anne Somerville, who attacked the UK Government UC policy.

The benefit, which replaces several existing legacy benefits, has been roundly condemned for failing to deliver a basic level of security to claimants, forcing them into debt, rent arrears and hunger.

Asked by CommonSpace at the meeting in Glasgow’s Doubletree Hilton hotel if the Scottish Government would now call for the policy to be scrapped outright, Somerville said: “We’ve been very clear right from the time that Universal Credit was first announced that there are fundamental flaws in the way it is being rolled out.

“This is in effect a driver of the austerity agenda which the UK Conservative Government has had.

“That’s why I’m calling for an immediate [halt to the] rollout not just to managed migration [from legacy benefits], but to our major cities, and then for the chancellor this year to deliver an immediate change for all those who are hardest hit.

“It won’t deal with all the problems in the system, that’s why there needs to be a fundamental review of that system, which will look at, for example, the fact that we have an assumption that everyone will have to apply digitally, that they will at least wait five weeks before they receive a payment, [and so forth].

“There are a number of issues that will require medium to long term action, but there is action that the Chancellor could take this year to deal with some of the worst excesses of the Universal Credit policy.”

Universal Credit is set to be rolled out across Scotland’s largest cities Glasgow, Aberdeen and Edinburgh in coming weeks, but the policy’s roll-out in other UK cities has led to a barrage of criticisms from users, as well as the policy’s architect Iain Duncan Smith.

The former Department for Work and Pensions (DWP) chief has warned the UK Government, from which he resigned in 2016, that the roll-out requires £2bn extra in funds to be correctly implemented.

The current DWP Secretary Esther McVey has admitted that Universal Credit recipients “could be worse off” after the implementation of the new system.

To applause and cheers, Glasgow City Council treasurer Alan Gow told the meeting: “I heard Esther McVey say she was making ‘tough decisions’. How tough is it to go after disabled people?”

“Come and meet the members of GDA who need to make tough decisions every day.” 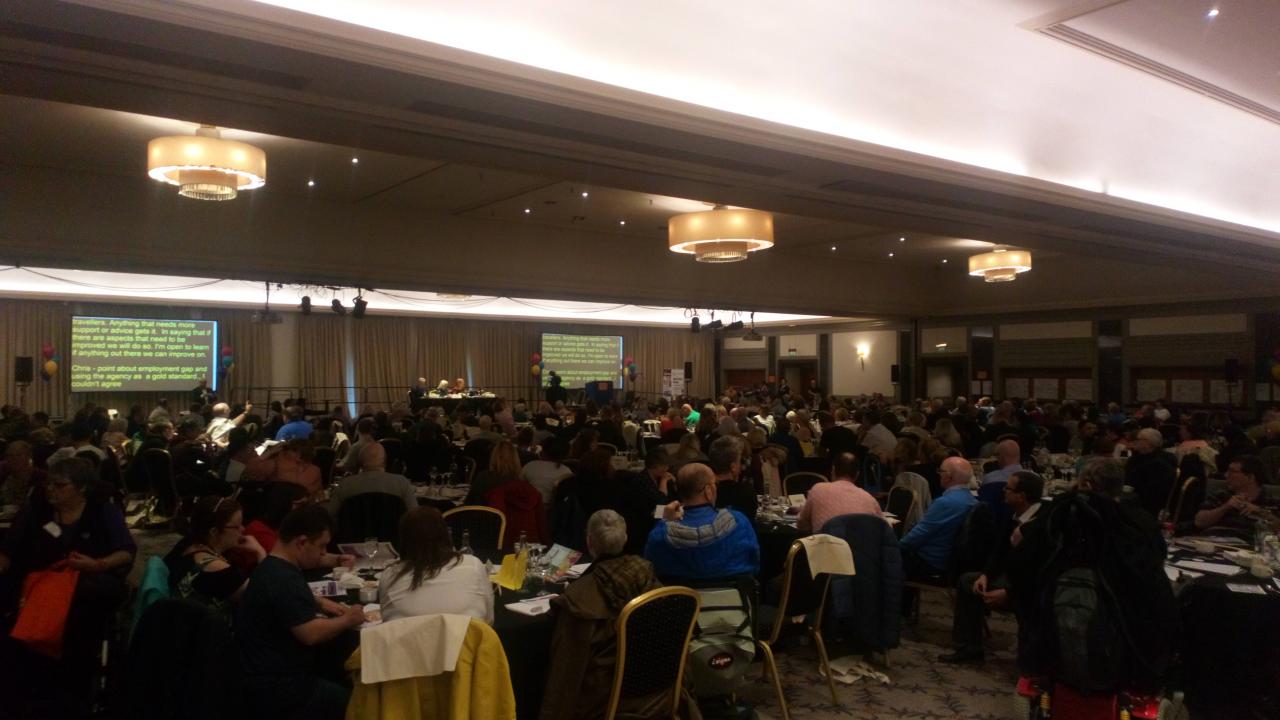 The flagship reform was further embarrassed after leaks to the BBC showed that the UK Government intended to continue payments from some of the six legacy benefits Universal Credit is intended to replace, in a bid to cushion claimants from hardship.

The UK Government now claims that roll-out was always intended to be slow, and that no more than 10,000 people will receive it early next year.

Responding to the latest hold-up, SNP MP Neil Gray said: “Universal Credit needs dramatic change not just a sticking-plaster solution. Only a full halt and radical reform can address the deep-rooted flaws with the system, and help those families who are already suffering in poverty and crisis as a result of this botched Tory policy.

“The UK Government must use the Budget to make immediate changes – including ending and reversing the benefits freeze, reinstating the work allowance, scrapping the two-child cap, reintroducing the ESA WRAC and enhanced disability support, abolishing unfair sanctions, and fixing the payment delays and errors.

“The Tories must also instigate a fundamental review of the entire flawed system, and deliver support for families who have been plunged into debt and rent arrears in areas where Universal Credit has already been rolled-out.”

The Scottish Government is still in the process of designing it’s Scottish Social Security system which will administer some of Scotland’s benefits following the devolution of new powers, but which will not receive any new funding. Somerville told the GDA event that the new system was designed through close co-operation with the group, which is the largest disabled people’s membership organisation in Scotland.

Analysis: Have SNP and Labour switched sides in the universalism v means-testing debate?

Speaking from the floor Chris Baird, a disability rights activist and member of GDA wanted more from the Scottish Government and its forthcoming system.

He said: “Surely this is a golden opportunity to make sure a portion of those jobs at the social security agency go to disabled people. The Scottish Government should lead by example.

“We don’t want warm words we want jobs, we want equality of opportunity, we want action.”

Speaking about Universal Credit and austerity, another member said: “We need to get together a united front against these politicians. We do want social justice.”

The DWP faced another blow today as the PCS civil service union won £3 million in compensation plus court costs in the high court in England, the result of its efforts to stop union members paying PCS directly from their wages.