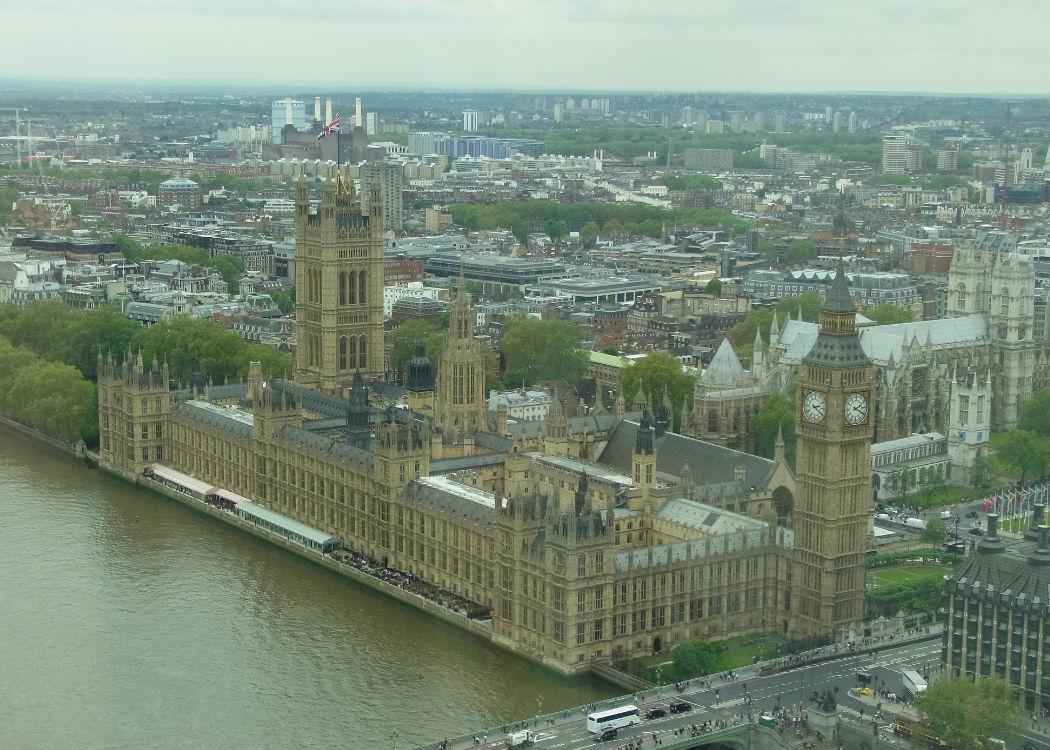 Liam O’Hare talks to the SNP team visiting London after the General Election. They will be back in three weeks – bigger and stronger than ever

“THE SNP are like Obi-Wan Kenobi of British politics. If you strike them down, they’ll come back more powerful than you can possibly imagine.”

So said Jeremy Paxman on Channel 4’s election night coverage as it became clear that talk of the yellow tsunami was becoming a reality.

For a while as the election loomed it looked like the rebels from the north – resurgent despite last September’s lost referendum battle – may seize control of the Death Star and steer it in an altogether different direction.

Alas, no. Westminster remains under Conservative control and will be hurtling to the right at a faster pace than at any point over the past five years.

“I said in the election campaign and I still say it, we’re not here to disrupt or destroy, we’re here to get the best deal for Scotland.” Nicola Sturgeon

The election outcome – a Tory parliamentary majority – surprised everyone and disappointed many, not least those who were desperate for an end to the austerity experiment.

Also gloomy were the hacks gathered opposite the House of Commons who were hoping for days – perhaps weeks – of posturing and maneuvering as parties sought to build coalitions and court support. Constitutional chaos makes good copy.

Spare a thought too for the fella who bet PS200,000 on a hung parliament at odds of 2/9. Maybe no more than a thought, though, as who really has that type of cash to punt anyway?

As for the SNP, reports suggested that it had a squad already assembled and ready to journey south for what seemed like the inevitable post-election negotiations.

In the end, it was only a five-a-side team that turned up at Westminster’s College Garden and their mission had an altogether different remit.

In the shadow of Britain’s imposing parliament, Scotland’s Minister for Europe Humza Yousaf and Finance Secretary John Swinney made their way around the various broadcasters emphasising the magnitude of the shift in Scotland, in case any of the media still remained ignorant to the sea-change that has taken place.

The party is now a major player on the Westminster stage and it will be fascinating to see how it handles the status and responsibility that Scotland’s voters have bestowed upon it.

“The Smith Commission proposals have to be looked at again but that is a discussion that has yet to be had.” Nicola Sturgeon

When Nicola Sturgeon turned up some time later, I asked her what kind of tactics the 56 SNP MPs could employ to ensure that ‘Scotland’s voice is heard’ by a government intent on eroding the welfare state.

“I said in the election campaign and I still say it, we’re not here to disrupt or destroy, we’re here to get the best deal for Scotland and everything the group does down here will be designed to achieve that,” Scotland’s first minister responds.

It cannot be forgotten, though, that the Palace of Westminster and everything that goes with it – the democratic deficit, the House of Lords, the pomp and ceremony, etc – is what the SNP has railed against for years.

Add to that mix the reality of a majority Tory government pushing through continued austerity and it would be surprising if SNP tactics adhered strictly to the rulebook. Expect fireworks.

Indeed, doesn’t another Tory government that Scotland didn’t vote for put independence right back on the agenda?

“No it doesn’t,” replies Humza Yousaf.

“Tory tactics in this election were tawdry and quite insulting to people in Scotland,” says Sturgeon. “But I’ve said consistently that this election wasn’t about independence or about a second referendum.

“The vote yesterday was a vote to make Scotland’s voice heard and that’s the job of the 56 MPs elected,” she adds.

“It can’t be business as usual as to how a Westminster government relates to and treats Scotland and that message has to be heard clearly.” Nicola Sturgeon

But as the ballots were counted and the result became clear, talk of Scotland’s constitutional future was back on the lips of people across the country again.

In London, David Cameron declared further devolution for Scotland was a top priority. Other Westminster politicians lingering about wanting to get their views across suggested that perhaps only federalism could save the union now.

Is ‘The Vow’ set to be – somewhat belatedly – redeemed? Sturgeon says the focus remains on ending austerity but adds that it cannot be “business as usual” following the historic vote.

“The Smith Commission proposals have to be looked at again but that is a discussion that has yet to be had,” she says. “I made it clear when I launched the SNP manifesto that ending austerity was the number one priority and that remains our top priority.

“We said in our manifesto that we want the Smith Commission to be strengthened and we set out the priority powers but these are discussions to come over the weeks ahead.

“But it can’t be business as usual as to how a Westminster government relates to and treats Scotland and that message has to be heard clearly.”

As the London rain poured down and evening began to fall, the presumably knackered SNP team finished off their media duties and headed back up the road to Scotland.

They will be back in three weeks time for the opening of parliament. Then, it won’t be a 5-a-side team that they bring, but rather a mammoth squad more prepared than ever to take on the Westminster big boys.