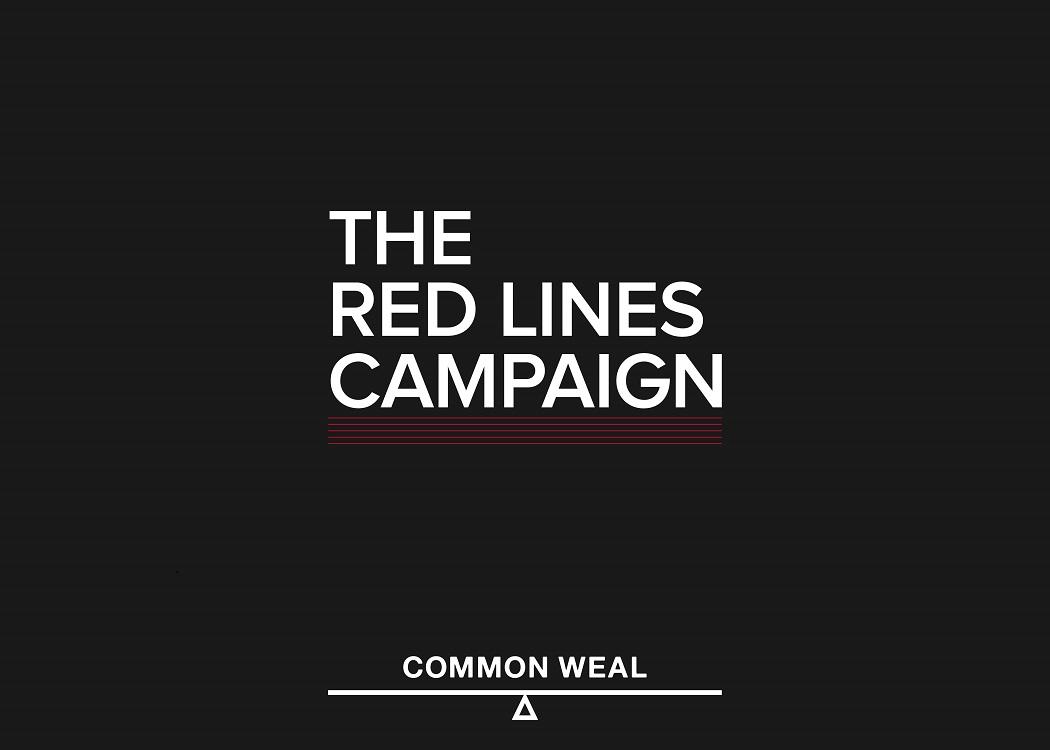 THE Common Weal think-tank has launched a campaign to encourage voters to elect politicians at the 2015 General Election who will stick to key “red line issues” that can “transform lives for the better”.

Under the slogan “small can be powerful, your vote can count”, the Red Lines Campaign is intending to take advantage of what is expected to be a more fragmented vote share in this year’s General Election.

Trident, austerity and Westminster reform are among the five main issues that the Common Weal is urging parties to take a ‘red line’ on – policies that must be honoured to make any coalition with larger parties possible.

Smaller parties, like the SNP and Greens, are projected to have more MPs and could find themselves in a coalition or ‘supply and demand’ situation if Labour win most seats but not enough for an overall majority.

Such an outcome could “create conditions in which Britain’s flawed democracy might actually produce a mechanism to force real change,” director of the Common Weal, Robin McAlpine, told CommonSpace.

“For the first time in its history there is a real possibility that small elected groups not from the large and conservative mainstream parties could become very powerful in Westminster,” McAlpine added. “This campaign is to encourage those potential groups of MPs to use that power to change Britain forever.

“For us in Scotland, both the SNP and the Greens have committed themselves to much more radical policies and there are plenty of people right across Britain who are hoping they can make them a reality.”

The five headline red lines in the campaign are:

– ‘Back Children, not Trident’

A plan for how to do this is proposed across the five budgets of the next UK Government’s term of office.

An emergency budget is proposed for 2015, re-directing money sidelined for paying down debt towards stimulating “productive economic growth”. Among other measures, it will include major tax reform, including “a windfall tax commission to identify who has gained most from austerity and to recover a proportion of that money”.

In budget 2016, the government should have implemented a Living Wage, scrapped anti-worker legislation and implemented industrial democracy policies and an industrial policy to “rebalance the economy towards high pay jobs”.

Budget 2017 should ensure Trident is not renewed and in its place would be “a free, world class university system”, according to the Common Weal proposal. In the 2018 budget, “real home rule/devo max” would be implemented in Scotland and Wales, as well as widespread decentralisation in England.

By 2019, a proportional representation voting system would be ready for the next Westminster elections, the House of Lords abolished and “a national review of Westminster and Whitehall will have been completed”.

“The Westminster election offers the opportunity for Scottish voters to radically improve how the UK works. The time has come to move away from the washed out politics of a Westminster parliament that has been captured by the vested interests of big corporations.

“There’s a real demand for a politics that sees public services as an investment, that sees spending money on children as more important than spending money on nuclear weapons and that understands the need for real reform to Westminster,” McColl said.

Willie Sullivan, chair of the Electoral Reform Society Scotland and a member of the Common Weal board, said he believed the General Election was “the most important in my lifetime”.

“More so than in 1997, when I so badly wanted rid of the Tories who had almost destroyed my community in Fife,” Sullivan said.

He added that he believed a historic shift in politics is taking place.

“We have seen that the old parties, with their roots entwined in the establishment, cannot deliver more equality or democracy,” he said. “The new small parties have the possibility of being part of a broad movement, having to share power bestowed on them by the electorate – not big donors or media barons.”

Dr Philippa Whitford, SNP candidate in the General Election for Central Ayrshire and on the Common Weal Board, said the red lines were a continuation of the principles that had emerged out of the independence campaign.

“Contrary to the impression often given by the Better Together campaign, the last two years of debate was not about our menfolk running around in kilts or putting up barbed wire across the border.” Dr Whitford said. “It was simply about self-determination.”

“We spent two years campaigning for a better Scotland and the very act of discussing it and imagining how life could be better for our people has made the problems even clearer.”

The Red Lines Campaign can be viewed in full at allofusfirst.org.