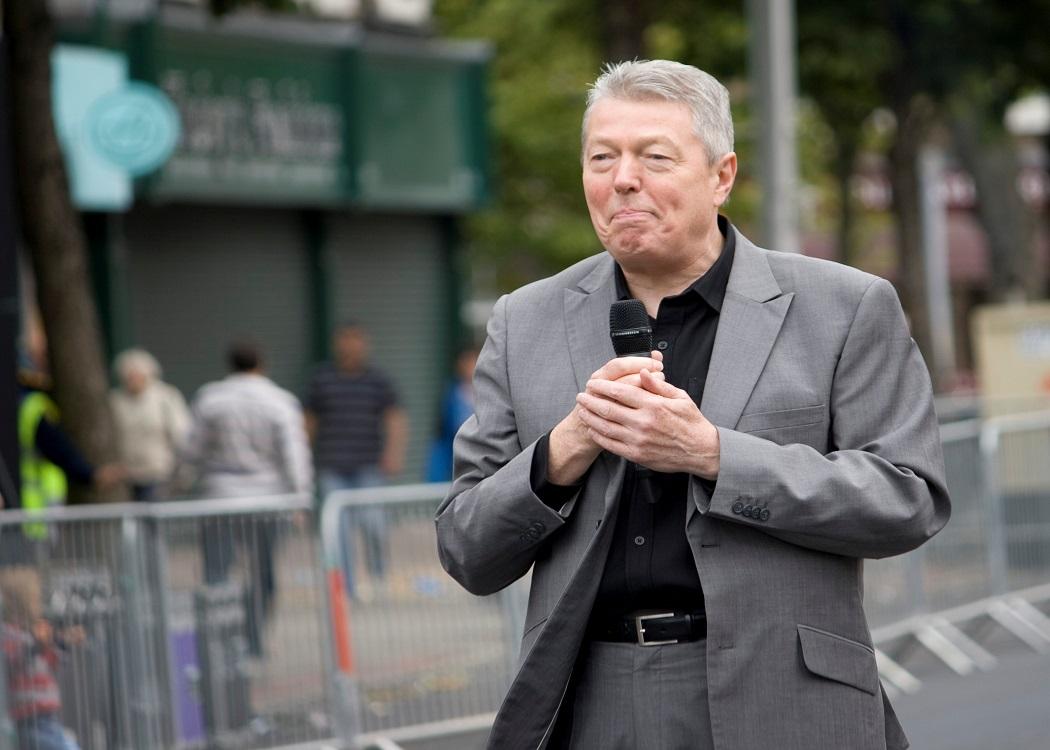 FORMER home secretary Alan Johnson MP has told Labour Party delegates in Glasgow that it is only Labour that “can stop this campaign becoming a vanity parade for David Cameron’s successors”.

Johnson was addressing the Scottish Labour Conference on Saturday ahead of June’s EU membership referendum and said that “with the Tories divided only Labour can provide the unity necessary to win”.

With the conference being held at the Glasgow Science Centre, Johnson said: “Senior Tories such as Boris Johnson, Michael Gove and Chris Grayling were supposed to elevate the Leave campaign to new levels. All they’ve managed to do in my view is to demean it.

“Boris Johnson claims that Europe has tried to ban prawn cocktail crisps. Michael Gove says that he could hardly make a decision as a government minister that wasn’t overruled by the EU.

“And Chris Grayling claims that whatever it comes to a vote on the European Council of Ministers Britain is always – not often or sometimes – but outvoted.”

“Senior Tories such as Boris Johnson, Michael Gove and Chris Grayling were supposed to elevate the Leave campaign to new levels. All they’ve managed to do in my view is to demean it.” Alan Johnson MP

In his speech, Johnson revived the memory of French technocrat Jean Monnet and French foreign minister Robert Schumann. Both came up with the plan of setting up the Coal and Steel Community. Known as the ‘Schumann Plan’, this led to the agreement between France and West Germany in 1951.

The Coal and Steel Community eventually became the European Union. Johnson added: “So before returning to the real issues, we owe it to the memory to Jean Monnet to try to stem this tide of drivel and at least set the record straight.”

Johnson is leading Labour’s campaign to keep Britain in Europe. The group is made up of Labour In For Scotland, Labour In for Wales and Labour In for Northern Ireland. Johnson went on to say that it is critical that Scotland remains part of the European Union.

He said: “Today the EU accounts for 45 per cent of all Scotland’s export trade. That makes the EU Scotland’s largest trading partner outside of the UK.

“Being part of the EU guarantees Scottish exporters unfettered access to a market of over half a billion consumers.

“From Scottish whisky and beef to financial services and salmon – Scotland trading with Europe, and through the EU’s ability to secure better deals with the rest of the world, sending Scottish goods and services around the globe; supporting jobs here in Scotland.

Johnson added: “Scotland receives more inward investment from Europe than anywhere else in Britain. 4,600 business sites in Scotland are owned by EU companies with more than 336,000 jobs directly linked to EU exports.

“Most of the companies located in Scotland specifically because they wanted to access the European market. And those jobs and all that trade is on the ballot this June.”

The EU referendum came about after all-night negotiations in Brussels last month between the UK prime minster, David Cameron, and 27 EU leaders on Britain’s future in Europe.

The package that Cameron announced in Brussels was that the UK Government will be able to curb benefits for migrant workers, never join the euro and have a full say on the rules in relation to the free trade single market while outside the Euro.

The EU referendum will take place on 23 June.