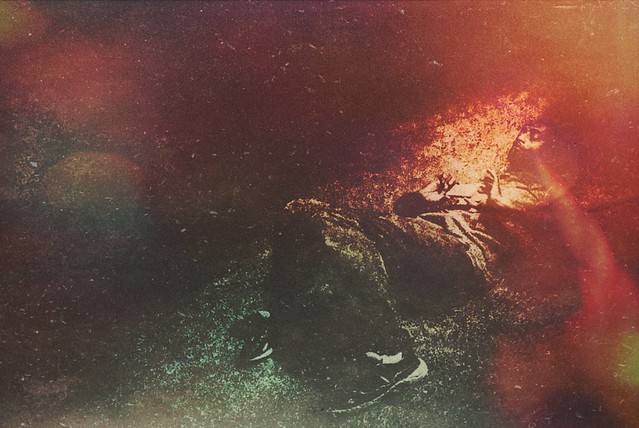 Doaa Shabbir, writer and school student based in Glasgow, examines the nervous tension and existential confusion of our era, and makes the case for a way through for Scotland which roots our political identity in the empowerment of place-based communities

IT IS no doubt a curious thing; how fragile our perceptions of political reality often are. After the election of Nahendra Modi in India, journalist Rana Ayyub wrote of the country’s sectarianism rooted in the “majoritarian and hyper-nationalist malaise” which characterised Modi’s previous term; whilst a commenter on her Twitter page blamed the country’s divisions on some “some selfish and cheaper (sic) Muslims” “creating disturbance” in Indian society. Similarly, after the European Elections Donald Tusk hailed the high turnout across the EU as a “good omen” indicative of a “strong, pan-European democracy”. Simultaneously, however, outcries from the British right expressed anger at mainstream media for seemingly peddling leftist and biased fallacies by portraying the election as a triumph for Remain. Highly divisive and at times confusing – the strength of democracy worldwide, or rather the question of its very existence, is no longer a solid concept on which we can all agree.

While we should champion diverse political thinking, there is little to celebrate if that thought is clouded by an overriding sense of doubt about how inherently just our essential pillars of society are. When the most common words used by the public to describe Brexit are “broken” and “chaos”, as found by Britain Thinks, perhaps we need to scrutinise interactions across the political spectrum in more immediate detail.

The turbulence of our global political era goes hand in hand with the rapid polarisation of party support. If we turn our attention to America, a middle ground is becoming harder to identify as Pew finds that 55 per cent of Democrats feel “afraid” of the Republican Party, while 49 per cent of Republicans say the same about the Democratic Party. Emotional investment in the partisan system runs far deeper than the surface, as a study entitled “Losing Hurts: The Happiness Impact of Partisan Electoral Loss” finds that in the week after Obama’s 2012 election, Republicans felt sadder than Bostonians after the Boston Marathon bombing. Our political identities are no longer simply representations of our economic and social viewpoints, but rather they encompass almost everything that ostensibly shapes our worldviews: from race to religion; from region to ideology. That is why we care so much about them and that is why we feel an increasing need to assert them.

READ MORE: Doaa Shabbir: Forging communities based on togetherness is the solution to our loneliness epidemic

As a teenager facing an array of questions and choices about my future, I often find myself anxious and quite honestly, lost, thinking about the person I am expected to become. Living in a nation which has been propelled into a plethora of political uncertainties, I believe that Britain feels a similar sense of existential dread against the backdrop of Brexit, the growing atmosphere of mistrust in elected officials, and increasing hostility among the international community. Teetering on the cusp of adulthood and coming to terms with the velocity of change in the social climate in which we live are not easy things to tackle. Knowing ourselves may be the one thing which provides us stability and even clarity in an ever-changing, tumultuous world.

But what happens to a dream deferred and a self distorted? What happens when media and divisive leaders who divert the conversation away from constructive solutions for the liberation of a people and towards generating paranoia and tension? The virality social media provides us with also contributes to the spread of inflammatory misinformation, and we are quickly seeing a balanced view of society disappear, and nervous state of dread dominated by feelings emerge instead. Recent research by Warwick University, for example, indicated a strong link between anti-refugee hate crimes in Germany and levels of Facebook use, displaying the danger rapid information transmission can bring about.

When identity is weaponised through the exploitation of our feelings and the usage of explosive rhetoric, the image of the modern political landscape becomes one of stark polarisation. As we find it increasingly difficult to talk to one another when we feel we cannot transcend the political identities prescribed to us. Such politics seeks to marginalise many groups by portraying them as fundamentally reactionary and unpleasant. What this does, most harmfully, is it damages those of us without a voice by pushing a range of harmful narratives.

So how can we constructively do justice to our images of our selves? The philosopher Charles Taylor argued that modern identity’s most notable feature is our inner voice and its capacity for authenticity. In other words, our propensity to truthfully represent our personal feelings and principles. As our identity can be viewed as inalienable from our beliefs, this prompts the need for nations to place great emphasis on forming strong ideological identities, especially during such turbulent times.

What does this mean for Scotland? It should involve shaping policy which reflects the unique needs and wants of the Scottish public at large, as well as the SNP following through on the ideological promises that were posed to voters. The best way for our country to grapple with the existential questions that characterise the international political environment is to focus on delivering the fair nation the government aims for the country to become. Currently, it is more crucial than ever to build an environment of healthy political participation where people feel a degree of control and ownership over their lives and identities, in order to avoid the commonly held perceptions of democracy being chaotic or broken. Creating a prosperous future for Scotland should involve not only ensuring greater equality on a national scale, but also equipping individuals with the agency to build their own futures. This is a goal that must be centred around maintaining strong community links because when we feel closely connected to our own neighbourhood, council ward, or city, we become more directly involved in civil society.

Education and ensuring healthy child development is a good place to start. Pedagogy is as much a practice in transmitting values and creating a common culture as it is in developing skills and perception. A particularly strong model is New Zealand’s Te Whãriki Initiative, which encouraged appreciating traditional indigenous culture in the early years curriculum. Building children’s sensitivity to the significance of culture in wider society as well as in their personal lives can help to foster the warm and diverse environment that we wish for our children to grow up in. For Scotland, this could mean taking a look at our historic art and simplified literature, alongside modern interpretations of similar forms of expression from cultures around the world.

A way through where it is possible to construct reliable cultural infrastructure is Common Weal’s Big Idea of presumption of local ownership when government-owned land is unused. Under this scheme, which would be rolled out nationwide, the council would have to make the argument to justify land remaining unused. Otherwise, the local community would have the freedom to use the land in ways they feel would best benefit its residents, for example by building community gardens or libraries. This has already been implemented across selected areas in the Highlands and Islands. A resident of West Harris commented that the scheme had given him “hope for the future that the local community will be something more than a holiday home” and that “the community is shaping its own future” “for the first time”. An approach to land reform which prioritises the autonomy of the local community is essential for empowering small, closely-knit areas.

Creating a powerful participatory democracy is the most vital step to ensuring that everyday citizens can directly influence changes that they see most fit for their communities. A central component of such a system is trust: both in the representatives that speak for us and in the legal system that governs us. The Government’s recent announcement of the establishment of a National Citizen’s Assembly is a good start. A National Policy Academy could be a strong complement to this. Working not only as a centre for policy conferences but also an advisory board for effective public communication, this could facilitate better democratic practice. Additionally, local and online citizen journalism should be funded and subsidised by the government to support content engaging with and reflecting on modern life in Scotland.

When we ask ourselves how Scotland can adapt to the increasingly volatile global political scene, the answer is not always to participate in similar upheaval and drastic change. The best concept to turn to is often that of self-actualisation. As democracy reaches a crucial tipping point where we must come to terms with our political identity, we may find that the most powerful way we can define ourselves is by upholding the core values of the Scottish constitution and pushing for change within communities. The confusion and hostility that may pervade public sentiment need not characterise our era; rather we can choose to build a future centred on empowerment, hope and trust instead.

Picture from After the Storm