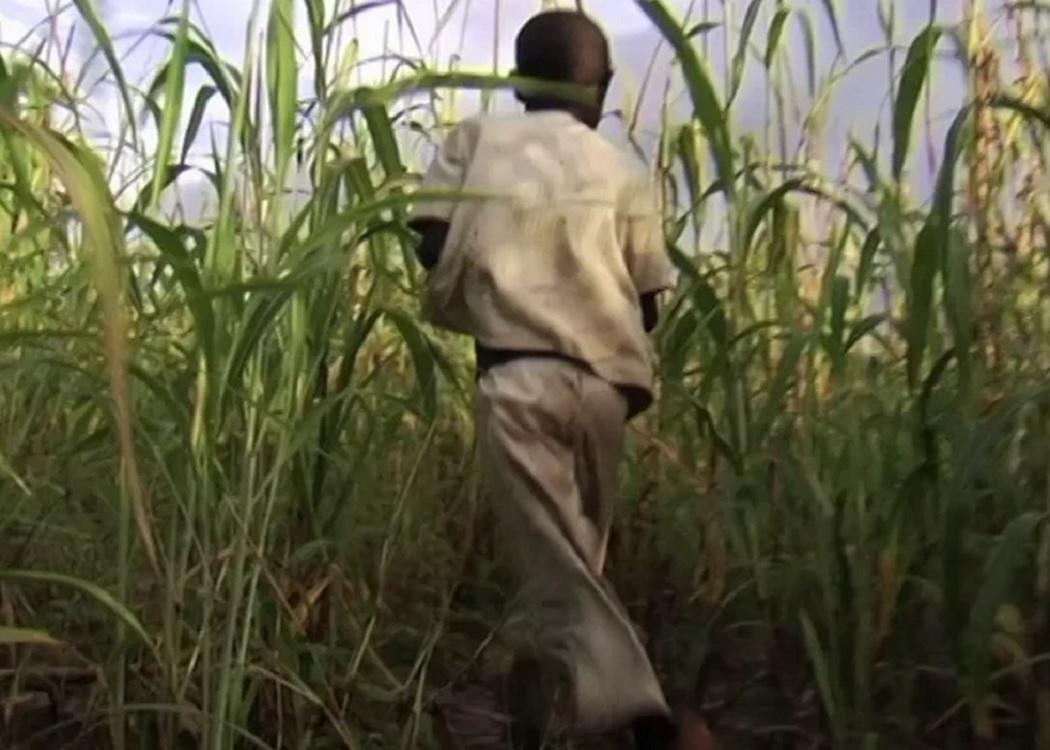 JIKOO, A WISH was one of the first films I watched during the programming of Document and I haven’t stopped thinking about it since.

Part nature documentary, part portrait, Christophe Leroy and Adrian Camus look at small-plot Senegalese farmers going up against the bureaucracy of a nature reserve is a heartbreaking case study of what we value in the 21st century.

The content of so many of our submissions films can be heavy handed and emotionally draining but what really stays with me are the quiet films, where the politics of a situation can be summed up with a single expression.

Films like This is Exile and Honey on Wounds will undoubtedly stay with you for years because they don’t wallow in pain. Instead, they emphasise the everyday struggle and universal nature of their subjects.

JIKOO, a wish – TRAILER from La Troisieme Porte a Gauche on Vimeo .

The conflict at the centre of Jikoo is a fence. The filmmakers follow two farmers, Souleymane and Dianounou, living in Bakadadji, whose fields are within the borders of a national park.

They are seeking funds to build a fence to keep warthogs out of their fields so their crops can grow. The people who manage the park don’t want to interfere – on account of ecotourism and conservation efforts that protect the animals – despite the farmers and their communities having been there longer than the park itself.

There are no knock down drag out fights between the locals and the authorities. In fact, there’s barely action at all. Highlighting the apathy of the authorities and the quiet conversations between locals, it is an astute meditation on the importance of sustainable economies and traditional methods.

The central character frets about not being able to pass his work on to his son while the wardens aren’t interested in fostering a local agricultural economy. Instead, they’re invested in the lure of eco-tourism to the region with the locals playing a role for the western dollar.

The filmmakers explained that they made Jikoo “in order to portray rural society as people attempt to keep up with the times, and to situate it in the context of forces for change”.

The tension between these polar positions can be easily extrapolated to the discussion of contemporary economics the world over. Tourism is an insidious form of modern colonialism, where land is still of more value then the people who call it home.

The filmmakers explained that they made Jikoo “in order to portray rural society as people attempt to keep up with the times, and to situate it in the context of forces for change”.

As much as it’s a comment on the short-sightedness of western values, Jikoo is equally a critique of traditional nature documentaries, a medium where there is still a very obvious use of the imperial gaze, a point of view that doesn’t engage with the communities who inhabit a landscape.

Rather, the camera exploits and emphasises the sublime for optimal emotional impact. Although Leroy and Camus capture the natural beauty of Senegal to astonishing effect, the land is not aestheticised for the pleasure of the audience.

The power imbalance and the struggle for respect is at the heart of the film and it’s the people and their work that stays with you.

Watching Jikoo, I was reminded of the re-emergence of crofting communities in the north of Scotland and the challenges they’re meeting in attempts to establish a new generation of small-plot farmers.

Crofters around the world have been working together over the past couple of years with projects like Hungry for Rights, looking at alternative food systems through collaborative projects around the world, with bases as diverse as Italy, Lithuania, Cyrpus, Scotland and Senegal.

Projects such as these are hopefully proof that there are winds of change blowing in the right direction.

Jikoo, A Wish will be screening as part of the Crofting double bill at Document this Saturday at the CCA. It will be preceded by the short film Mulheres, which looks at the lives of women farmers in Mozambique. It is also nominated for the International Jury Prize.

Members of the Scottish Crofting Federation will be on hand following the screening to talk about their first hand experience in Senegal as well as the work going on in Scotland.

Crofters around the world are looking at the future of not just sustainable farming but communities as well.

Click here to read programmers’ picks for films Portrait of Jason and 9999 .