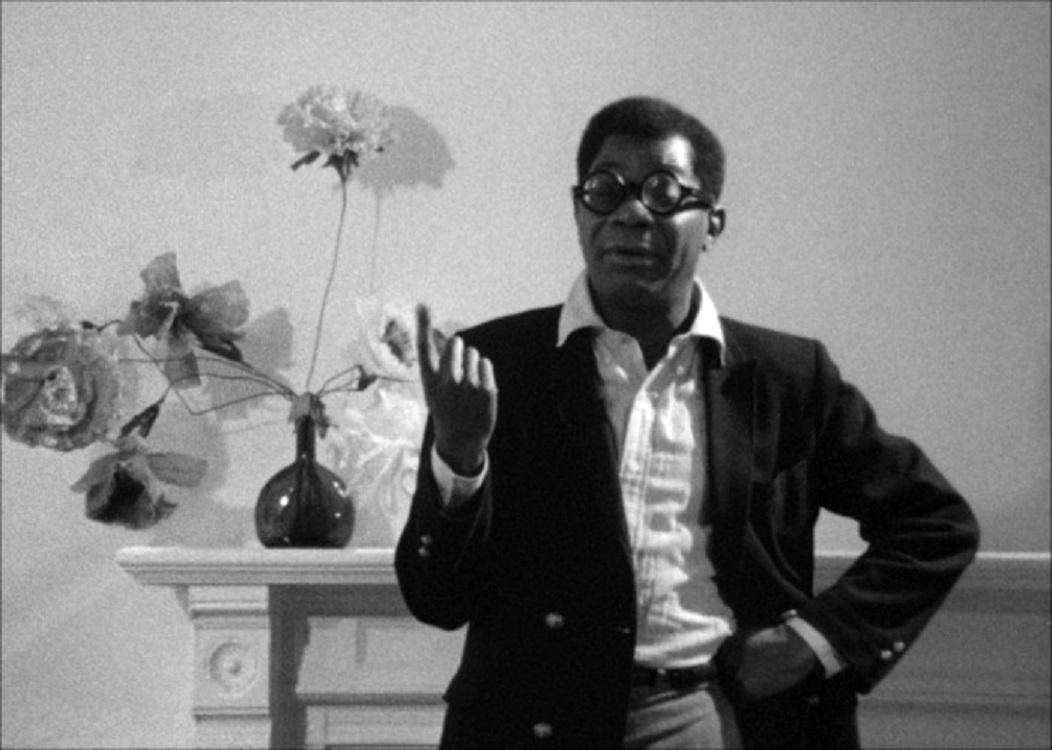 MY pick for this year’s festival is Shirley Clarke’s 1967 classic: Portrait of Jason.

It’s a gigantic film to me in so many ways; a real boneshaker that has so much going on at once that watching it is a genuinely fatiguing experience – in a good way.

It’s two hours (edited from 12) of talking head documentary in the sole company of Jason Holliday; a black, gay hustler in pre-Stonewall downtown New York, as he imbibes his way through a riotous, one-night-only ‘performance’ of his life story.

What transpires is such an intoxicating hall-of-mirrors of personal testimony, touching on the intersections of race, class and sexuality – while simultaneously examining the nature of authenticity and realness as mediated by the film image – that an entire sub-genre – ‘exploding head documentary’ – might have to be created for this film only. Woah!

Riffing on Andy Warhol’s portrait films like Poor Little Rich Girl, which he decided to reshoot when his initial footage was discovered to be out of focus, Clarke begins almost every shot with a blurry image of a single figure.

As it nudges slowly into focus – mirroring the protagonist’s woozy, slurred delivery – we are repeatedly reminded of the mechanics of the camera and the presence of its operator.

Sound intermittently cuts out and reels end abruptly mid-sentence. There is no apparent artifice to the setup, except of course it’s a film that’s all about artifice.

She is working in the tradition of cinema verite; foregrounding and problematising the camera’s gaze. Her voice can be heard prompting and provoking Jason throughout the film, by turns indifferent and exasperated by the outcome of her own experiment and the antics of her unruly subject.

It’s never made explicitly clear why she, a straight, white, wealthy, cis-gendered female filmmaker, wanted to spend an evening in her plush Chelsea apartment filming a penniless hustler.

Although perception has shifted in recent years, Shirley Clarke is something of an underappreciated filmmaker. Her influence on the world of avant-garde and independent cinema is considerable.

They’re not even really friends; Jason was an acquaintance familiar to Clarke due to his persistent presence on ‘the scene’. It feels strange and exploitative. It feels similarly strange and voyeuristic to watch.

But, it’s in this in-between space where Jason’s quixotic rhapsody of oppression and aspiration meets Shirley Clarke’s Portrait of Jason – art film and cultural object – that the painful, transgressive power of the film becomes apparent.

His story, as he tells it, is one of humour and caprice, but for me what it articulates most strongly is strategies of survival – particularly as they relate to queer fugitivity.

And, what makes Portrait of Jason such a compelling film is how it examines the conditions of politics and cultural production that produce the need to develop such strategies and the effect they have on the construction of the self.

The simplicity and clarity with which it does so is perhaps an indication as to why Ingmar Bergman called it “the most fascinating film I’ve seen in my life”. Oft!

It’s also pretty bonkers to think that it existed at least 20 years before the internet was a ubiquitous thing and 30 years before reality TV shows like Big Brother brought a critique of ‘real people’ doing ‘real things’ in front of a camera to a mass audience.

If context is a nuance that is often lost in the modern age of instant media it’s interesting to check back with a film that luxuriates in it to this degree; that questions what we are seeing, why and from which point of view with such rigour.

Although perception has shifted in recent years, Shirley Clarke is something of an underappreciated filmmaker. Her influence on the world of avant-garde and independent cinema is considerable.

Aside from her own body of work she co-founded the Filmmakers Cooperative in 1966, which began as a kind of artist’s collective designed for practitioners to support and sustain themselves outside the mainstream and has become the world’s largest collection of experimental and independent films.

And, that’s what Portrait of Jason is: weird, uncomfortable and problematic, but truthful. As such, I think it’s a beautiful film and a powerful, transcendent chronicle of the American B-side.