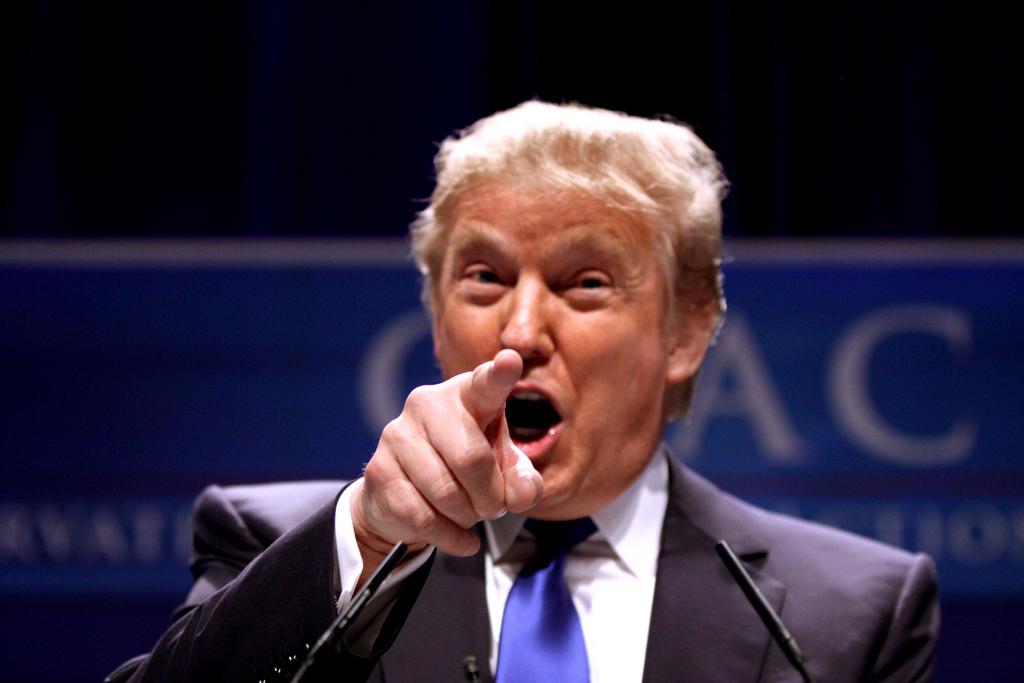 MAINSTREAM Scottish newspapers have turned to Donald Trump to help advertise the strength of journalism’s relationship with business.

The Scottish Newspaper Society (SNS) launched a campaign with business supporters to showcase the importance of the media “in the commercial strategies of organisations of all shapes and sizes”.

Donald Trump, owner of a multibillion pound property empire, faced opposition to his golf course expansion on the Meanie estate in Aberdeenshire, after residents accused him of bullying and lies.

Trump donated millions to US political fundraisers and has been a vocal opponent of renewable energy.

Last week, leader of the Scottish Green Party Patrick Harvie MSP told CommonSpace: “If it was possible to construct a mobile turbine to follow Trump around so that he has to see it wherever he goes, it would be worth it just for the look on the face of this delusional, arrogant bully.”

SNS director John McLellan said: “This campaign is a recognition of the irreplaceable contribution newspapers in Scotland make to business and society, and we’re very proud to have such a distinguished list of supporters.”

Also on the SNS support list was Bill Munro, chairman of Barrhead Travel.

During the independence referendum Munro used his position as chairman to tell all of his employees that a Yes vote would be “a complete disaster” for the company.

During the referendum a variety of alternative media platforms emerged online.

Mauricee Smith of Newsnet Scotland told CommonSpace: “Newspapers are right to make the points about how many people they employ and their importance in the community. It’s a mistake to reject the whole industry.”

However, Smith added that newspapers face a challenging transition.

“A lot of people in the industry look at print advertising as the be all and end all. It would be a mistake to only focus on the advertising area.

The majority of Scotland’s newspapers are owned by multinational media businesses. In recent years, newspapers have faced deep staffing cuts from their owners as a result of falling sales and circulation in an increasingly digital environment.