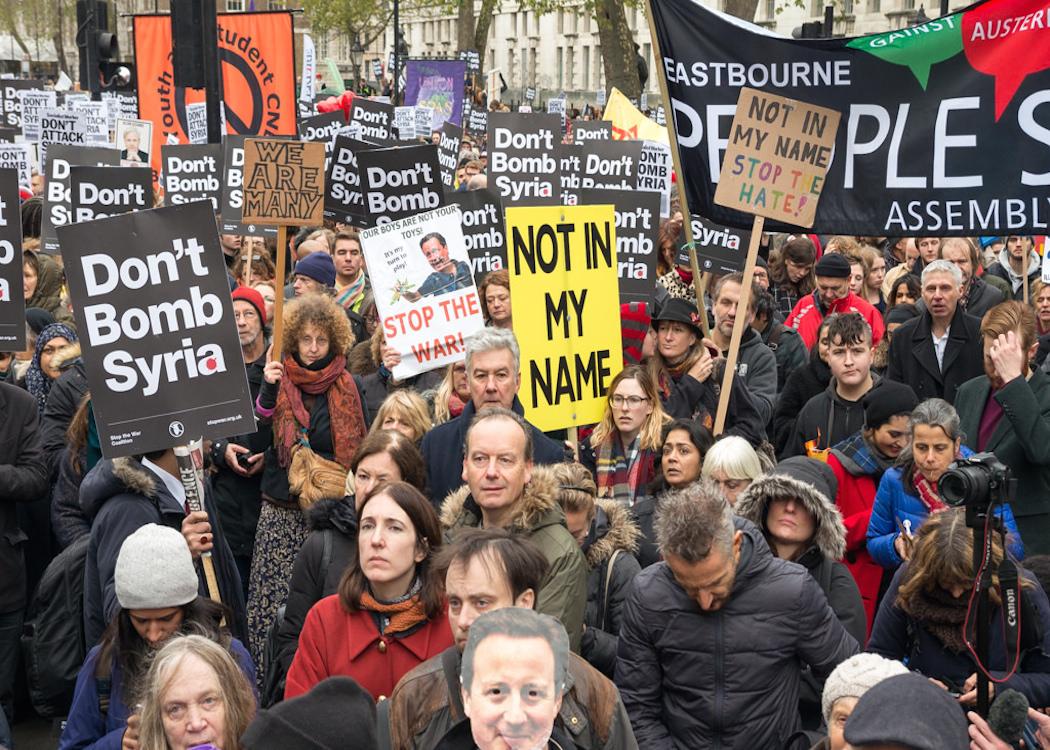 Under the banner of the ‘Stop the War Coalition’ campaigners will gather at 5pm on the Buchanan Galleries steps in Glasgow City Centre and at the East End of Princes Street in Edinburgh City Centre.

The events are two of 43 separate rallies that have taken place across the UK days before a key vote in expected in the House of Commons to either support or refuse a military bombing campaign in a nation four years into a tumultuous civil war.

David Cameron faces opposition from his own MPs , who have questioned the military effectiveness of adding to the coalition bombing action which has already been beset by military chaos .

An intense public lobbying campaign has been launched by Labour supporters in England, with over 70,000 emails sent to the party’s HQ over the weekend as part of a movement against a military attack.

However, opponents fear a further escalation of violence – with civilian casualties radicalising those under Daesh occupation and no ceasefire arrangement between separate Syrian government and rebel forces.

Pete Cannell, secretary of Edinburgh Stop the War, told CommonSpace: “We think this is a crucial time for people to show publicly the scale of public opposition there is to bombing Syria. The protests across the UK at the weekend and in Scotland today are part of a rising movement that are saying that bombing Syria is the most dangerous thing that Cameron could be doing.

“It’s going to exacerbate the refugee problem and represent another twist in the actions of Western Governments that have created problems in the Middle East.”

In a statement released prior to the protests, Richard Haley, chair of Scotland Against Criminalising Communities (Sacc) said: “British bombs are unlikely to be militarily significant. The US has plenty bombs of its own. But they will give diplomatic support to the US for escalation of the conflict in Syria. One of the immediate consequences is likely to be a renewed Assad offensive and a further escalation of the humanitarian catastrophe that has engulfed Syria.

“Britain’s long imperial history, and its recent involvement in Afghanistan and Iraq, gives ample evidence that the British Government would not use that role in the interests of the Syrian people, the British people or world peace.”

Reports have emerged from the Syrian market town of Ariha that at least 44 people were killed in a bombing intended to hit local militant groups.

According to investigative group airwars, after 479 days of bombing almost 30,000 missiles have been launched with up to 2,000 civilians killed.

The UK previously proposed bombing the Assad government (which is fighting Daesh) in 2013. This was rejected by parliament.