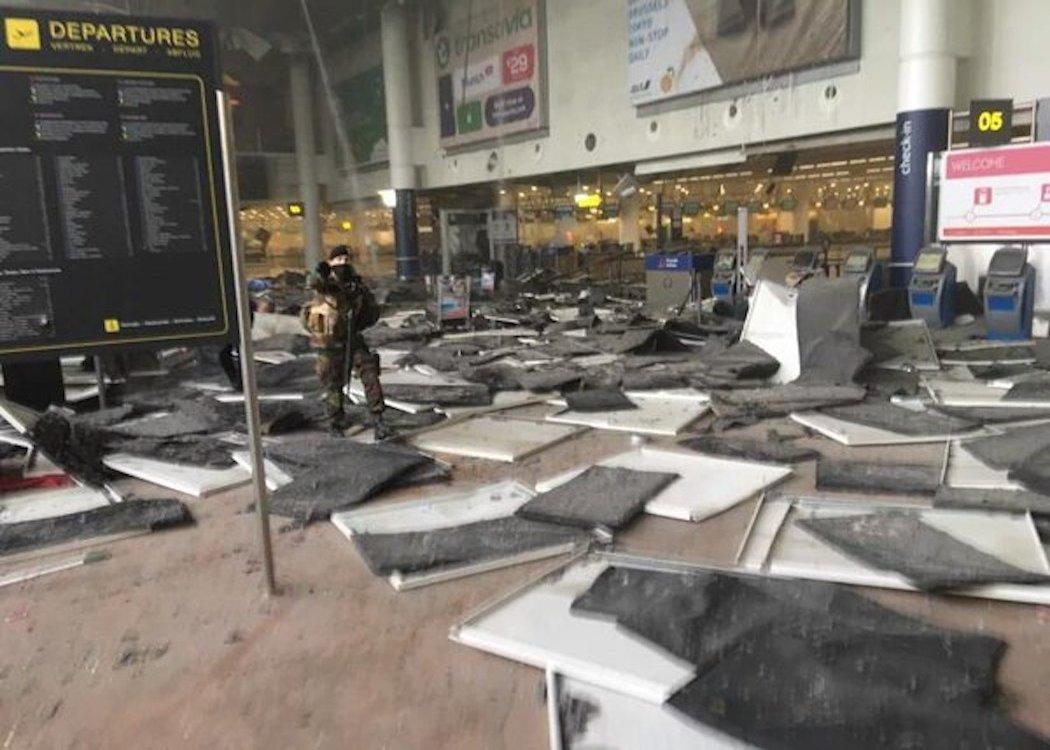 AT LEAST 34 people have been killed in targeted bombings of Brussels airport and Maalbeek metro station in Belgium.

The blasts occurred early this morning leading to widespread panic and over 100 separate injury reports. Officials say it remains too early to confirm a final fatality count.

Reports of gunfire prior to the airport bombing were reported by Belgian news sources.

First Minister Nicola Sturgeon chaired a “resilience meeting” for a domestic security update and offered her condolences to those affected by the attacks.

Images from the scene show bloodied victims of the attack and a chaotic scene inside the airport.

Members of the public have gathered outside the Brussels Stock Exchange to write chalk messages of solidarity in the public square.

The attack follows the arrest of Salah Abdeslam, the prime living suspect for the Paris attacks, four days previously in Brussels.

Recent attacks in Paris sparked a bigoted backlash against Europe’s Muslim community, which is itself one of the main aims of extremist political organisations. Political leaders have called for calm.

First Minister Nicola Sturgeon chaired a “resilience meeting” for a domestic security update and offered her condolences to those affected by the attacks.

A sense of insecurity following the 9/11 attacks and resulting unending ‘war on terror’ has been used by governments to justify an extension of military and surveillance operations.