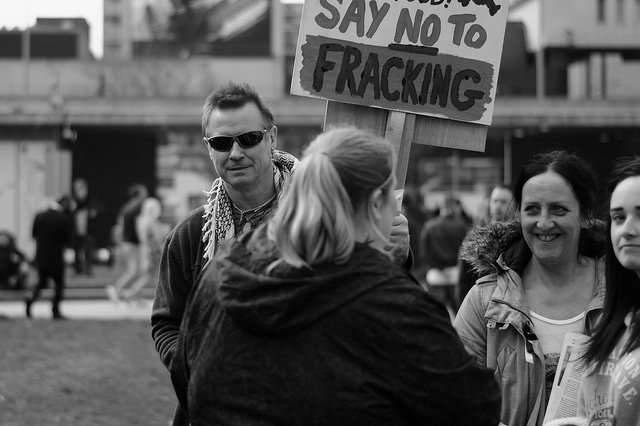 "We will not allow fracking or underground coal gasification in Scotland unless it can be proved beyond any doubt that it will not harm our environment, communities or public health."

THOSE are the words used in the SNP’s 2016 election manifesto regarding the exploitation of Scotland’s unconventional oil and gas (UOG) reserves. Nicola Sturgeon has also said she is "highly sceptical" about fracking.

In light of what they have said, what do the recent reports, commissioned by the Scottish Government and published this week, mean for UOG in Scotland?

Well, having recently banned one form of UOG extraction, focusing just on the report examining "UOG’s compatibility with Scottish greenhouse gas emission targets", it means fracking and coal-bed methane extraction will be banned too.

In light of what they have said, what do the recent reports, commissioned by the Scottish Government and published this week, mean for UOG in Scotland?

Why? Throughout the report, the authors highlight risks and uncertainties across the full range of issues examined, and UOG extraction clearly fails the tests they set in order for its use to be compatible with Scotland’s climate targets. Indeed, even where the report is most favourable to ongoing discussion and monitoring, the language used falls a long way short of the certainty demanded by the SNP’s manifesto.

So where does the report state uncertainties? In the first substantive line, after taking two paragraphs to introduce itself and the report’s scope, it states: "The implications for greenhouse gas emissions of UOG exploitation are subject to considerable uncertainties, both regarding the size of any future industry and the emissions footprint of production."

Right there, they call into question the size and type of emissions these techniques will produce and the report lets Paul Wheelhouse know that they cannot prove "beyond any doubt that it will not harm our environment".

The report goes on to say that "exploiting unconventional oil and gas by fracking on a significant scale is not compatible with Scottish climate targets unless three tests are met". The tests are:

The report describes what this would require in terms of regulation and technology and states that "the regulatory regime requires much greater clarity over the roles of the different actors and that these be managed seamlessly". Managed seamlessly? That is an impossible standard if ever there was one. What multiagency collaboration has ever lived up to that?

Also of concern is the statement on "super emitters" (wells that emit high volumes of methane if they fail). The authors state we should monitor wells so they can be shut down quickly if problems arise.

But if you know there is a real risk of a super-emitting well occurring and that your plan is to "catch them early" then I would argue you haven’t gotten anywhere near convincing the Scottish Government that you have proven "beyond any doubt" that extraction of these fuels "will not harm our environment". In fact, you have done the opposite.

Test 2: Fossil fuel consumption must remain in line with the requirements of Scottish emissions targets

Essentially, this means that Scottish UOG must replace  something that is worse than Scottish UOG. The authors also state that "the absence of CCS would also make it more difficult to accommodate the emissions associated with production, as there would be less scope to reduce emissions elsewhere in the economy in order to compensate. A UK approach to delivery of carbon capture and storage (CCS) is urgently needed."

Now remember that David Cameron in 2015 scrapped the £1bn CCS fund; that gives a hint on how quickly we’ll get a UK approach sorted.

They also conclude that without CCS "meeting the 2050 emissions reduction target will require elimination of almost all fossil fuel use in power generation, transport and buildings."

There is a significant amount riding on CCS here. CCS schemes currently capture 0.1 per cent of global annual carbon pollution. In 2050, Scotland will emit around 16 million tons of CO2e annually.

To capture 14 million tons a year, the largest CCS scheme in the world (The Alberta Carbon Trunk line) needs a 240 km pipeline to store CO2 (before injecting it back into wells in order to pump out more oil).

I would suggest uncertainty abounds over the feasibility of CCS to perform the task demanded of it, a position supported by recent academic reviews by Leung et. al. (2014) and Boot-Handford et. al. (2014).

The largest forecast sees an UOG industry producing 1.6 million tons of CO2e/year by 2035, this would make up about 10 per cent of our total emissions, or circa four per cent if the industry reaches its medium projected size.

So to accommodate UOG, the report says we will have to work hard, typically using taxation and other economic incentives to reduce emissions. All this just so that large corporations can make money from activities dangerous to human health? Er, no thanks.

The report sets out three tests and makes it quite clear that UOG extraction cannot satisfy them at anywhere near the level of certainty required.

In case ministers weren’t sure about the size of the sacrifice, the report provides a helpful comparison: 1.6 million tons of CO2e/year is larger than the savings the whole Scottish agricultural sector has been asked to make.

So, in effect, we are saying: "Thank you, farmers of Scotland, all your hard work reducing emissions are going to allow us to turn swathes of the central belt into industrial zones and to threaten the water you use." Good luck selling that.

So hopefully you can see why I think we are safe from UOG and fracking. The report sets out three tests and makes it quite clear that UOG extraction cannot satisfy them at anywhere near the level of certainty required.

Author bio: Dr Iain Black is a founder member of Smaug (SNP Members Against Unconventional Oil and Gas), a reader in sustainable consumption and a member of the International Sustainable Development Research Society.