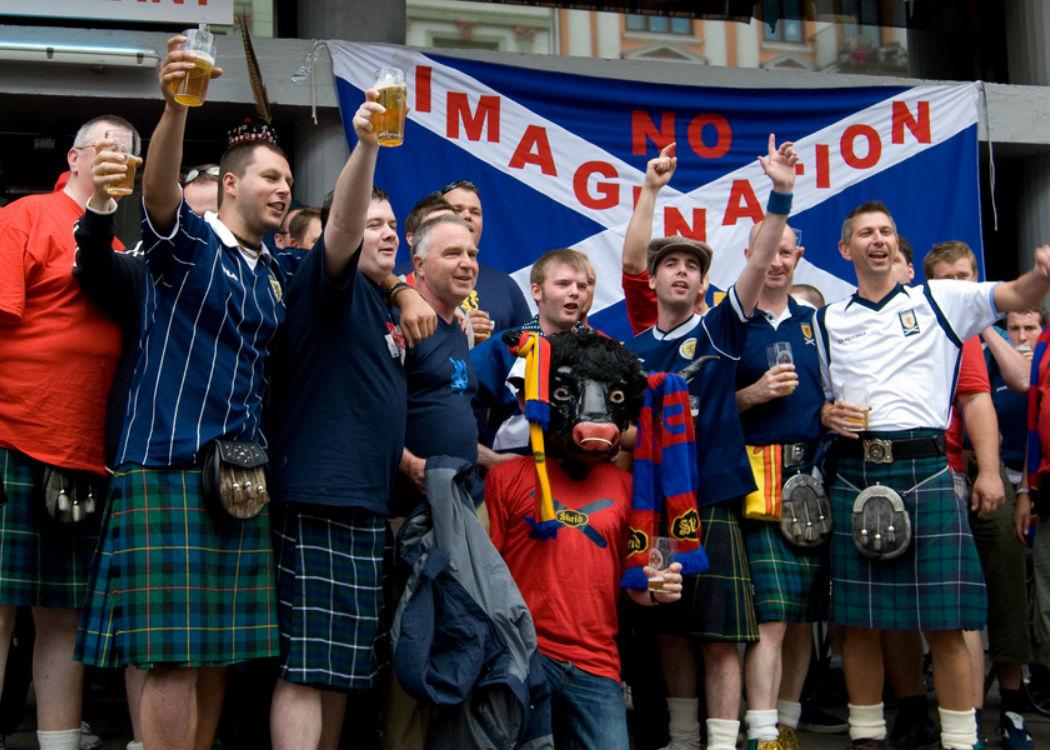 DRINKING at football been a hot topic of conversation in the news recently.

Since 1980 it has been illegal to sell or consume alcohol inside Scottish football stadiums, except within corporate hospitality areas.

But now, the Scottish Football Association is supporting a return to alcohol sold within stadiums and Scottish Labour leader Jim Murphy is a vocal supporter of lifting the ban.

Here at CommonSpace, we decided to speak to supporters groups from across the country to find out what they think are the biggest priorities in Scottish football. Here’s what they had to say.

Reid is not keen on alcohol being brought back. She says safe standing is the main issue for Dons fans.

“I think everywhere you go, a lot of fans would like a standing area. You end up standing for the vast majority of the game anyway and I think it’s maybe time to reintroduce that.

“But to be honest I would be against bringing alcohol back inside stadiums. I think there’s more than enough time to have a drink beforehand and after. You could end up with people absolutely plastered and it spoils it for everyone.”

Keith says he supports the reintroduction of alcohol at football games, but says that ticket pricing and the quality of grub at Dens Park are more pressing issues.

“I think generally we do think alcohol at football should be allowed. There is widespread agreement. But it does need to be monitored.

“There are other more pressing priorities for Dundee fans such as bringing down ticket prices and introducing safe standing. Ticket pricing would be top of our list by a long way but we also want to see the quality and price of food improve.”

McMahon agrees that pricing is in the main issue for fans.

“Football pricing is the main concern with most of our supporters group. Dundee is a very working class town and there are financial pressures left, right and centre.

“As for drinking at football – it’s a difficult one. If it’s well marshalled, then it should be back in as our product needs improved. If people can have a beer before the game then it improves the matchday experience.”

Horne says drinking is not something that fans are particularly concerned about.

“For me, the biggest issues are stewarding issues. It really annoys people that you’re not allowed to stand up at the football – we’re constantly getting told to sit down.

“As for drinking, it’s not really a big issue. There’s nobody raising it. I think some would support it, some wouldn’t. It is maybe unfair though that if you’re rich enough, you can drink as you are allowed alcohol in the hospitality sections.”

“Our main concern is a lack of football on field! If you’re playing well on the field then the fans will turn up.

“Alcohol wouldn’t affect the crowd. I don’t think there would be any benefit. It’s not issue an really. I don’t think we should back it. I don’t think people miss it really although perhaps clubs would want it for revenue.”