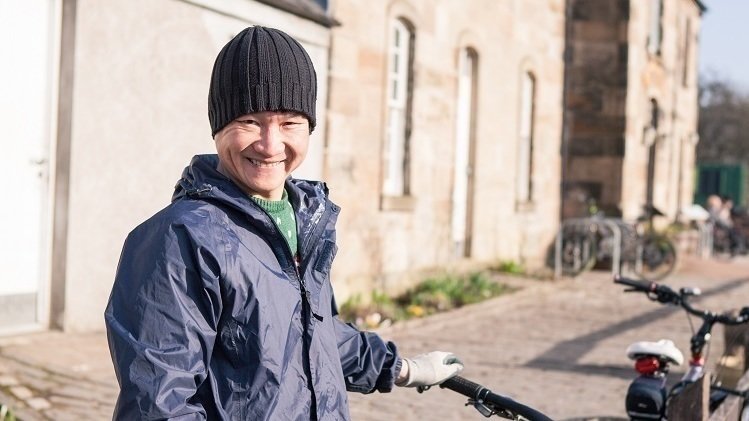 THOUSANDS have backed a campaign to prevent a Vietnamese man from being deported, despite the UK Government recognising he is in the UK due to being a victim of human trafficking.

Duc Kein was trafficked to the UK from Vietnam and forced into work on an illegal cannabis farm. He now resides in the east end of Glasgow. A petition opposing his deportation has attracted over 2000 supporters since it was launched.

Kein is being supported by the Glasgow Unity Centre, alongside local politicians who launched a social media campaign with the hashtag #DucMakesGlasgow. The Unity Centre have launched an urgent appeal,  asking supporters to call Qatar Airlines and ask them not to transport Kein against his will on Wednesday [13 May].

After his arrest, Kein applied for asylum whilst serving a six month prison sentence for working on the cannabis farm. After being released from prison into an immigration detention centre, Kein was eventually rehomed in Glasgow where he has since clocked up thousands of hours of volunteering work in the community.

Explaining his situation, Kein said: “I was forced to a house where i have to grow cannabis without a chance to escape because of gangster and underworld groups. I was arrested and served six months in prison, during this time I have lodged a claim for asylum.

Kein currently volunteers at Lambhill Stables, who are supporting his case, and claims that if he is removed to Veitnam then his life would be in danger due to his activities against the country’s government.

Glasgow Unity Centre is urging supporters to call Qater Airlines, who are operating the deportation flight scheduled for later this week, and demand that they do not accept Kein as a passenger.

Strict Home Office rules mean that once an application is refused, applicants cannot lodge an appeal, but Kein says the risk to his life means he needs to try for a judicial review before his deportation.

A spokesperson for the Home Office told CommonSpace it does not comment on individual cases.

Scottish Green councillor Kim Long is supporting her constituent: “This case is outrageous. Duc is a kind, generous man who has given 1000 hours volunteering for his community since he arrived in Glasgow. His friends are all terrified that he will be deported on Wednesday and go to his death. People who have been trafficked and forced into illegal work deserve justice and support, not deportation.

“We are campaigning very hard to get him off that plane and we need everyone to help by signing the petition and telling Qatar airlines not to participate in forced removals.”

Local MP Paul Sweeney, who has written to the Home Office in support of Kein, told CommonSpace: “Notwithstanding his conviction for drug offences, a Home Office competent authority on Potential Victims of Human Trafficking concluded last August that there were reasonable grounds to conclude that Mr Nguyen was a victim of trafficking.

“That conclusion raises questions about whether Mr Nguyen’s offences were committed under duress.

“Since his conviction appears to form the basis of the Home Office’s case for removal I think it is important that every avenue is exhausted before the Deportation Order is enforced.”