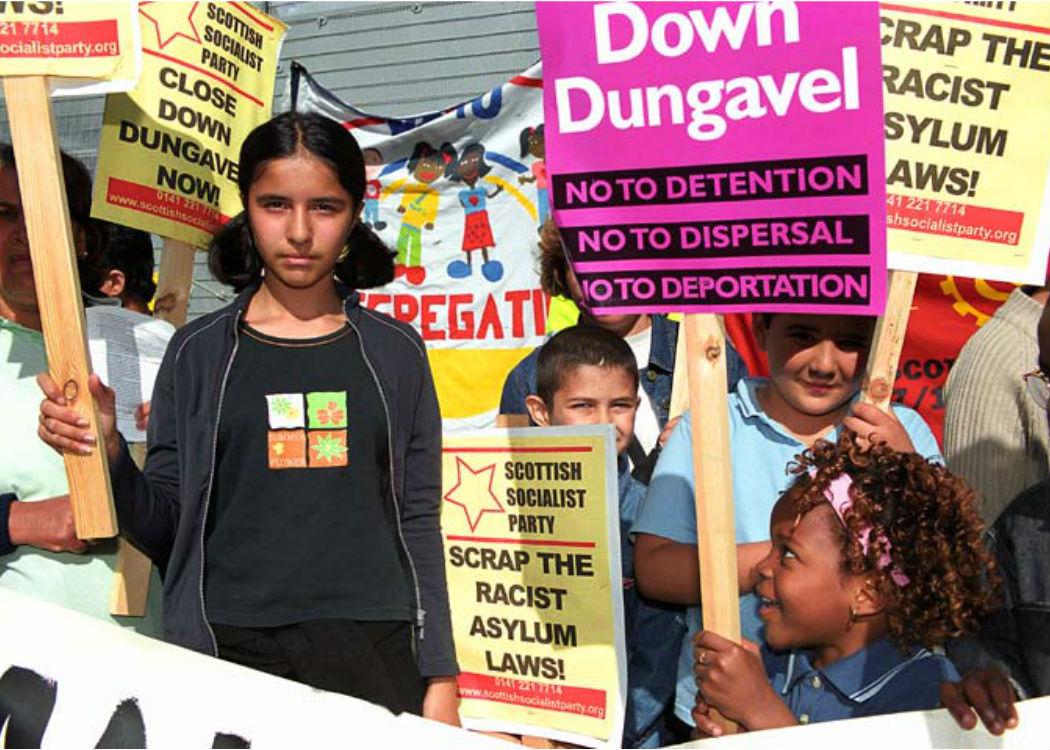 PEOPLE held in Dungavel detention centre in South Lanarkshire are paid only PS1 an hour for work, it has been revealed.

Figures obtained by investigative campaign group Corporate Watch and reported in the Sunday Herald show that detainees at the centre in South Lanarkshire worked a total of 52,858 hours over 12 months between 2013 and October 2014 and were paid PS52,858 over the same period.

The work undertaken includes cooking, cleaning and laundry with detainees doing work to get money to pay for phone credit in order to call legal advisers and friends.

The UK is the only country in the European Union which does not have a time limit for how long people can be held in detention. Recent figures have shown that many detainees in Dungavel have been held there for many months and some for over a year.

Corporate Watch’s Phil Miller told the Sunday Herald: “The detainees might have been arrested for working outside, but once they are in the detention centre they can then work for only PS1 an hour. That is something which detainees find very hypocritical.

“Generally the jobs include cleaning the centres, preparing food in the kitchen and doing laundry.”

A documentary which highlights the practice of paying detainees poverty wages in detention centres across the UK will premiere at Glasgow’s CCA on Wednesday.

The scandal is the latest to engulf Dungavel following reports of hunger-strikes by detainees held there (click here to read more).

The Scottish Trades Union Congress recently slammed a decision by the Home Office to deny it access to the facility and a major protest is being planned there for 30 May (click here to read more).

SNP MSP Sandra White said: “The practices at Dungavel have long been a source of shame and this latest revelation will only add to the real concerns about what is happening there.

“Westminster has too often shown scant regard for the rights of people detained at Dungavel – and the UK is the only country in the EU which has no cap on how long people can be detained under immigration powers. It is time for a new approach which prioritises compassion and fairness over punishment and isolation.”

A spokesman for GEO said: “The longstanding practice of offering paid work to detainees has been praised by Her Majesty’s Inspectorate of Prisons as it helps to keep them occupied while their removal is being arranged. Whether or not they wish to participate is entirely up to the detainees themselves.”

Picture by Gareth via Creative Commons