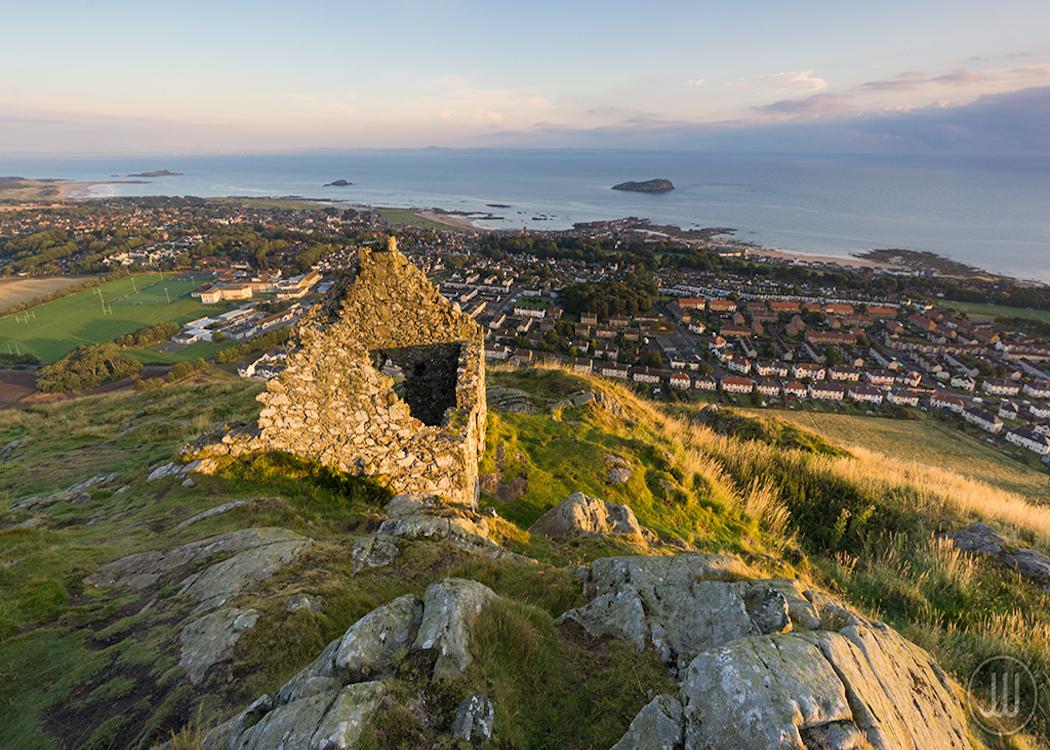 CommonSpace talks to some leading candidates in the formerly Labour stronghold of East Lothian, where the SNP look set to take the constituency seat but the list vote may hold more surprises

By Michael Gray and Jen Stout

“THIS was a Tory county, a Liberal county, then for 50 years a Labour county – and it languished,” says candidate DJ Johnston-Smith, after a day canvassing in East Lothian.

The former pub manager hopes to turn the county into an SNP county in two days’ time.

The county of rolling hills, farms and ex-mining towns went the way of most Scottish constituencies in last year’s General Election and switched to SNP, electing political commentator George Kerevan as MP.

One of the many new faces in Scottish electoral politics that arrived via the Yes campaign (he ran the East Lothian group for 27 months), Johnston-Smith may well be the county’s next MSP, if polls are to be believed.

“It’s a cliche, but I really will be out at the last moment trying to answer people’s questions,” he says, admitting that the recent focus on the prospect of a second independence referendum has not been going down well on the doorsteps. “People are annoyed that independence is being brought up again. Angry, in fact. I point out that’s its the Conservatives [who are] bringing it up, but they’re still angry.

“There are a lot of floating voters here. What I’m seeing for the first time is people who previously would have said they’d vote Labour or Conservative until the day they died, are now saying they’re undecided. So I can’t take anything for granted.”

Johnston-Smith, who last year worked on George Kerevan’s campaign in the area, strongly denies the SNP has gone ‘safe’ in this election. The U-turn on the top rate of tax, announced recently, attracted much criticism, but instead of defending Nicola Sturgeon’s ‘flight risk’ argument, Johnston-Smith thinks there’s still too much resistance to higher taxes. “People aren’t interested in paying higher tax,” he insists, “so we have to explain each incremental change we make. I know it’s not as bold as the Greens want us to be but we’ll get there.”

Johnston-Smith has something in common with his Tory counterpart: while he spent several years working as a hotel and pub manager, Scottish Conservative candidate Rachel Hamilton runs St Boswell’s Buccleuch Arms. The similarities probably end there, though Johnston-Smith does declare himself a big fan of tweed.

“People are annoyed that independence is being brought up again. Angry, in fact.” DJ Johnston-Smith

Hamilton’s pitch is around “strong opposition”; her statement in a local newspaper last week began with attacks on “weak” Labour and “complacent” SNP.

But the Tory vote is not insignificant in these parts. The 2015 General Election saw Conservative candidate David Roach attract nearly 20 per cent of the vote. Opinion polls are predicting a successful election for the Scottish Conservative party, with a likely increase in the number of MSPs. Some polls even suggest Ruth Davidson’s party will come second, replacing Labour as the main opposition in Holyrood.

But their success will, it seems, mostly be concentrated on the list vote. In the East Lothian constituency race, Johnston-Smith is aiming to oust Iain Gray, the former Scottish Labour party leader who held the seat in 2011 by the skin of his teeth. A majority of just 151 votes was all that stood between Gray and his SNP rival five years ago. But Gray is apparently confident of holding this Labour bastion again.

“The establishment still controls part of East Lothian. I’ve no desire to join it.” DJ Johnston-Smith

In an interview with the Daily Record recently, Gray insisted that Labour is “fighting to win the election”. A standard line in a campaign – but he also felt the need to add that Labour is “not going to come third”. This was in response to opinion polls showing Scottish Labour’s predicted share of the vote fall even further, putting it, in some estimates, behind the Scottish Conservatives.

Meanwhile, the constituency’s Liberal Democrat candidate, artist Ettie Spencer, is basing her pitch on “politics based on principles and politics with a conscience”, with a strong emphasis on green and climate issues. In polls, the Liberal Democrats come in fifth, several points behind the Scottish Greens. Their average share of the vote – both in the constituency and list votes – is predicted to be six per cent.

“I’m unelectable in this race,” Spencer says quite cheerily. “We’re focusing on the campaign for the [South Scotland region] list vote.”

Spencer, who grew up on a small farm and spent many years working in community health services, says people in rural areas are feeling disempowered.

“Things like centralised policing, housing, planning decisions – these are what people are talking about here”, she says. “There’s a real lack of accountability and control.”

Labour’s Iain Gray insisted that Labour is “fighting to win the election”.

The issue of land reform looms large in this constituency. Just a few miles from Spencer’s village is the Colstoun Mains farm, from which tenant farmer Andrew Stoddart , and his young family, were evicted in January this year. His lengthy battle to remain on the farm attracted thousands of supporters as well as national media, but was no match for powerful landed interests.

Johnston-Smith was a supporter of Stoddart, and is angry at the quasi-feudal situation that continues in rural Scotland. “The establishment still controls part of East Lothian. I’ve no desire to join it,” he says. “Andrew was a victim of that situation. I don’t want to live in a country where that can happen again.”

“Land and housing shouldn’t be used as speculation.” Ettie Spencer

Reform of agricultural tenancy laws was included in the Land Reform Bill which passed in Holyrood earlier this year . Ettie Spencer tells me it doesn’t go far enough. “We need security of tenure for tenant farmers, and more transparency – particularly regarding offshore ownership.

“Land and housing shouldn’t be used as speculation. We really need to go back to the drawing board in looking at how land is owned and managed. I appreciate that landowners need to know where they are, but sitting on land as an investment really needs tackling. And if tenant farmers are driven out, the soil depletion becomes much worse, as contractors are brought in.”

If Spencer is anything to go by, the Lib Dems could rediscover their traditional interest in land reform. But they’d need to be given a second chance by the electorate, and in East Lothian, as elsewhere, that seems increasingly unlikely. “The party had a real part to play in Scottish politics. But the [Conservative-Lib Dem Westminster] coalition blew that out of the water,” Spencer concludes.

The surprises, then, may have to be sought on the list vote for the large South Scotland region. The Scottish Greens’ leading list candidate is Sarah Beattie-Smith, who has prepared for her bid for office with stints as a student union president, with Scottish Council of Voluntary Organisations, and most recently working with Citizen’s Advice Scotland.

Between two campaign stops – North Berwick and a Haddington hustings – she explains the Greens’ local prospects, while winding round the fields and farms of East Lothian.

A sign of useful multi-tasking? “Right now I think I’m doing okay, especially given I’ve only been driving for six months,” she jokes.

On whether ‘doing okay’ is a fair metaphor for the Green’s campaign, she adds, honestly: “I have no idea of how to judge these things. I can have really positive conversations with people, but they may not vote me.”

“If I change one thing, it’s to end feudalism in practice as well as in law,” Sarah Beattie-Smith

A central aspiration for Beattie-Smith is to make an impact on the national land reform debate.

“For me if I get elected – even if I don’t – if I can change one thing, it’s to end feudalism in practice as well as in law … what we’re seeing at the moment is people terrified of power and unable to take to take it for themselves,” Beattie-Smith explains.

“It’s so desperately sad, especially when you see communities in other places in Scotland actually taking power, using power, and having more control over their own lives and not being beholden to those old vested interests.”

In the South of Scotland there are two large landed estates: Buccleuch and Roxburgh. Such estates have faced sustained criticism from campaigners over concentration of ownership, the treatment of tenant farmers, land access, and ownership in tax havens.

“My local MP, Calum Kerr, is also the SNP’s lead Westminster spokesperson on the environment, food and rural affairs,” Dale says. “He recently made a visit to Bowhill Estate, owned by Richard Scott, the Duke of Buccleuch . I have expressed my concern to Mr Kerr that the coverage of his visit, as reported in The Selkirk Weekend Advertiser, failed to mention any discussion of land reform issues between them, or the injustice of tax havens.”

In Haddington, a Federation of Small Businesses hustings brings list and constituency candidates together.

Almost an hour is dedicated to broadband connectivity. However, late on the event comes to life as a local campaigner chastises lorries, big landowners and housing development.

Elsewhere the small business focus is split. Some rail against bureaucracy and business rates. Others ask of “ethical business” models and challenge the shirking corporation who get golden government handshakes.

For a second there is a rallying call of “scrap Trident & don’t bail out banks!” followed by a rare outbreak of applause.

This constituency, and wider region of South Scotland, is rife with contradictions. Wealth and poverty sit close together; vast estates come up against small bids for community ownership and fracking disputes are hotly contested. Like many areas of Scotland, the unpredictability will, it seems, be on the list vote – prepare for nervous, uncertain glances at ballot papers in the early hours of Friday 6 May.

Note: Labour, Conservative and Ukip candidates did not respond to requests for comment.