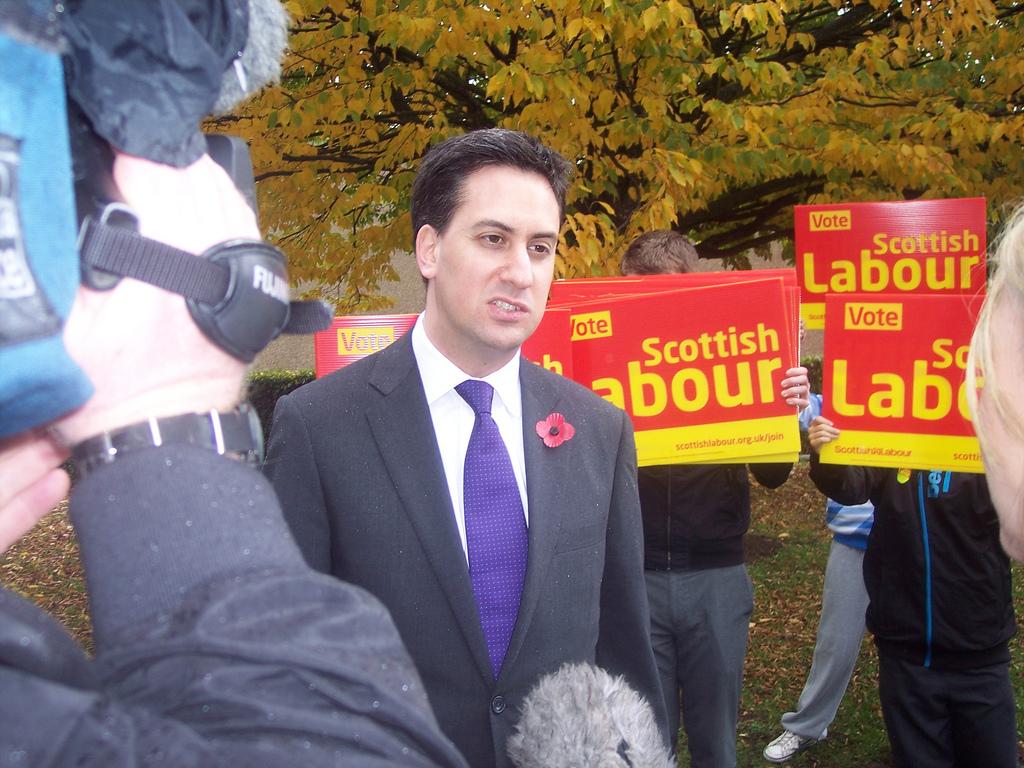 Miliband: “I will not go into coalition with the SNP.”

LABOUR leader Ed Miliband has ruled out a coalition with the SNP after the General Election, after weeks of pressure from the Conservatives.

In a speech earlier today, Miliband said: “I will not go into coalition with the SNP. There will be no SNP ministers in any government I lead.”

However, the Labour leader refused to rule out relying on a ‘confidence and supply’ arrangement to govern, which would require the SNP to vote through a minority Labour government’s budgets to keep it in power.

Responding to Miliband’s remarks, Nicola Sturgeon, SNP leader and First Minister, said it was “a lot of hype to rule out something no one was proposing.”

“Mr Miliband’s statement is absolutely fine from our point of view, because formal coalition with seats in the UK government has never been our preference anyway,” Sturgeon added.

Former first minister, now a General Election candidate, Alex Salmond had said it was “unlikely” that the SNP would enter a coalition government with Labour, seeing the option of propping up Miliband on a “vote by vote basis” as preferable.

CommonSpace reported earlier (click here to read more) on strong rumours that the party would rule out a coalition, but Labour insiders believe ruling out a confidence and supply arrangement is “ridiculous”, as it would effectively be stating that “Scottish MPs are illegitimate in Westminster”.

Prime Minister David Cameron has been ramping up the anti-SNP rhetoric in recent weeks, saying that Ed Miliband wants to “ride into Downing Street on the coattails of Alex Salmond”. Tory election posters have depicted a giant Alex Salmond with Ed Miliband in his suit pocket.

Until now, Labour repeatedly refused to engage in discussion about possible post-election scenarios, with shadow chancellor Ed Balls saying on the Andrew Marr show on Sunday that the whole discussion was “nonsense”.

The Independent reported rumours that Jim Murphy, Scottish Labour leader, was against the move to rule out a coalition with the SNP, as it might be deemed as arrogant by the Scottish electorate.

However, not all MPs in Scotland agreed, with one reported as saying: “I would rather leave the party than do any sort of deal with the SNP. I’m deadly serious about that.”

Sturgeon made a speech to the University College of London on Monday (click here to read more) outlining how the SNP could play a role in bringing about “positive change” to the whole of the UK, if a minority Labour government had to rely on her party’s support.