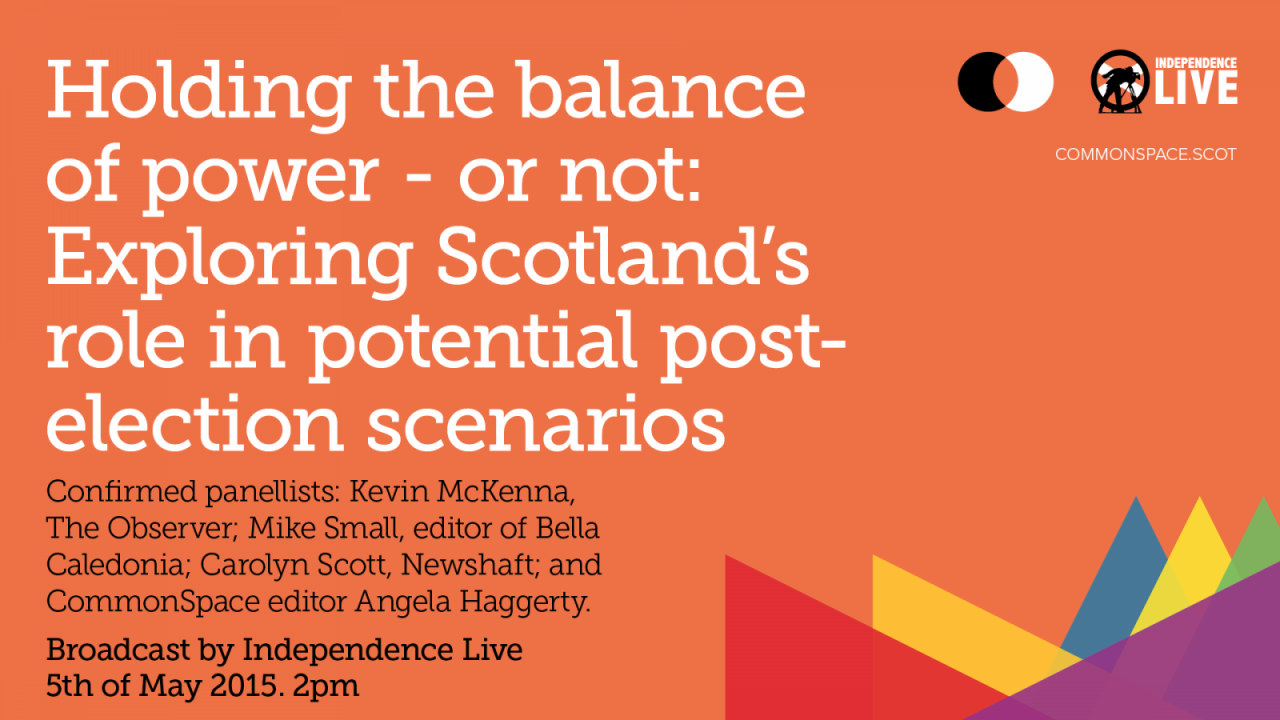 THE POTENTIAL for a Labour-SNP arrangement following Thursday’s election was the focus of CommonSpace’s second livestream discussion.

With polls consistently predicting a hung parliament, talk has raged about the potential formations of the next UK government.

However, despite numbers adding up for an Labour-SNP deal, Ed Miliband seemed to rule this out in a TV debate last week.

“Miliband I think could have use better language,” said Observer journalist Kevin McKenna.

“This is a Conservative Government that is as right-wing and reactionary as any since Thatcher and is being driven on a deep cuts agenda. I found it frankly unbelievable, incredible for a Labour party leader to say that.”

This position was echoed by Carolyn Scott from Newshaft who said that Miliband will “either have to go back on that or he’s got to form a coalition with the Tories”.

“I can’t understand why anyone in the labour party doesn’t realise that the easiest way to avoid a second referendum is to work with the SNP and give them a voice in Westminster,” she continued.

Angela Haggerty, editor of CommonSpace, felt that Miliband may come to regret how strongly he outlined his position on the matter.

“I think he (Miliband) went a bit too hard on it. He was really clear and unequivocal and if he now does have to come to an arrangement with the SNP, he is endlessly going to get that thrown at him.”

One of the leading lights of the new media in Scotland, has been Bella Caledonia, and the website’s editor, Mike Small, believes that Miliband will have to find justification to work with the SNP post-election.

“If you have anything like the predicted number of SNP MPs returned it will be very difficult to describe Britain as a functioning political unit if they basically say that they are a proscribed party and nobody’s going to work with them. Miliband may have to re-spin it and say, in order to save the union, we have to work the SNP.”

The debate then turned to the future of Labour in Scotland and whether Jim Murphy could hold onto the leadership of the party if he loses his seat.

The panel also discussed was the role of the media and although all the panellists commended the rise of the new media in Scotland, there was a note of caution against blanket condemnation of the mainstream media.

“We must stop lumping everything into mainstream media bias,” said Haggerty.

The discussion was one of three livestreams run by CommonSpace and Independence Live throughout the day, exploring different issues of the General Election.

All of these can be watched by clicking here.