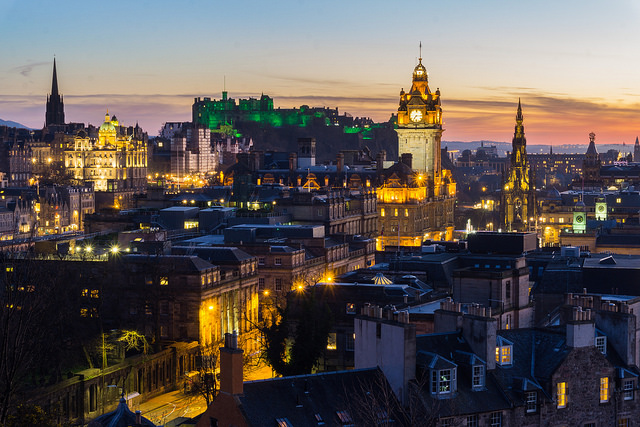 THE new Edinburgh City Region Deal has been branded a “missed opportunity” by campaigners to address the city’s housing issues .

Anti-poverty campaigner Willie Black told CommonSpace that the deal, which is designed to boost economic growth in the city and the south-east of Scotland, is “stacked for business, stacked for commerce”.

Black also described the deal as like “having chocolate on your elbow, you can see it, you can smell it, but you can’t lick it without breaking your arm”.

The current stock of social housing in Edinburgh is 13 per cent of all housing in the city, falling short of the 24 per cent UK average.

66-year-old Black, a leading housing campaigner and trade unionist in north Edinburgh, spoke on behalf of the Power to the People group. Initially intended to preserve the social history of working class Edinburgh, the group has since moved into activism.

Black has been part of a number of tenants organisations, including North Edinburgh Fights Back, a forerunner to the Castlemilk against Austerity group which stood members for positions in Glasgow City Council this year at the local elections.

The current stock of social housing in Edinburgh is 13 per cent of all housing in the city, falling short of the 24 per cent UK average.

The deal, which not only encompasses the capital, but also Fife, the Borders and Lothian, involves a total investment of £1bn: £600m from the Scottish and UK Governments, the rest being made up of investments from local councils and Edinburgh University.

Of the £1bn, £65m has been earmarked for housing, which Scottish Greens councillor Melanie Main described as falling “way short of what’s needed for the region and a much bolder approach to land supply has been ducked”.

Main was also unsatisfied by the total amount given from the UK and Scottish Governments, saying: “The truth is that the offer is less than what was expected and what is missing is as important as what is included.”

Black also took aim at the council: “They end up managing but not politically campaigning, and fighting for extra resources. They’re willing to accept, to get the billion pounds, conditions on where the money is going.”

“The truth is that the offer is less than what was expected and what is missing is as important as what is included.”

Despite the outcry over housing, the deal has been lauded as bringing 21,000 jobs to the region.

Economy Secretary Keith Brown said in a release on the Government’s website that the move “will help the region continue to thrive and grow, fulfilling our ambitions for the region to be one of the fairest and most inclusive areas in the country”.

Liberal Democrat MP Christine Jardine welcomed the deal, particularly the investment in the west of the city, saying: “I am particularly pleased that £140m has been earmarked for much-needed road, transport and other improvements in West Edinburgh.”

“The Scottish Government recently announced £125m for affordable housing over the next three years. Subject to successfully progressing this initial investment, the deal also gives us the ability to secure higher levels of funding in future years to support building for affordable homes in the region.

“The City Region Deal also gives the City of Edinburgh Council a £15m grant and powers to borrow a further £248m for low cost rented homes.”