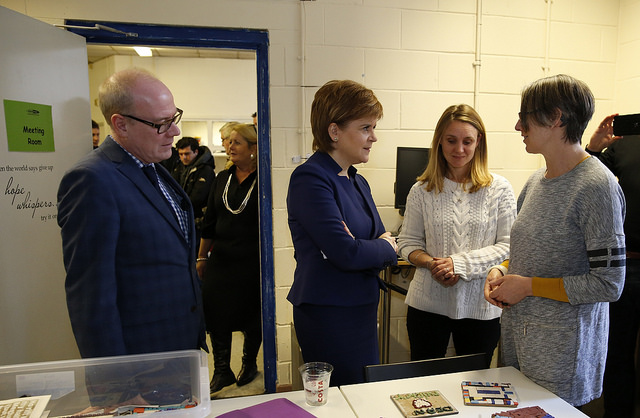 The regular turnover of private sector tenancies in Edinburgh means it “is unlikely that a rent pressure zone would benefit many current private sector renters”, report finds

Rent Pressure Zones and a new Private Residential Tenancy system were introduced in December 2017 by the Scottish Government, giving Councils the power to apply for a cap on private sector rents at inflation plus one per cent in ‘hotspot’ areas where they are rising quickly.

Eleven months on RPZs have not been introduced anywhere in Scotland as councils need to first collect the data on which an application to Ministers would be made. Local Authorities have been advised by the Scottish Government that they would have to fund any data collection themselves, and a report by Shelter Scotland in March  this year found that it was “a very big ask” for councils to introduce RPZ’s, saying it could “take upwards of three years” to collect the necessary data.

Edinburgh Council’s report, conducted by estate agent Rettie’s, backed up Shelter Scotland’s research, putting the timescale to collect the data at “3-5 years”. The Rettie’s report also found that even once the data was collected the rapid turnover of tenants in the private rented sector in Edinburgh would limit the impact of the policy in practise. RPZs are  only  applicable for five years on tenants living in flats before the RPZ is established.

“The time spent in an Edinburgh PRS home is nearly half the national figure, at just 1.5 years in the city compared with nearly three years in the country as a whole. A RPZ can cap rents for up to five years but not initial setting of rents. On this basis it is unlikely that an RPZ would benefit many current private sector renters who are likely to move into another home before seeing any benefit from an RPZ cap on rents,” the report found.

The report found that the Scottish Government’s unwillingness to collect rent data centrally, “unlike Ireland”, undermined the policy’s efficacy.

“This poses a significant challenge to Local Authorities because much of this data currently does not exist but is a prerequisite for any RPZ application…Notwithstanding the limited resources within and between Councils to undertake work of this complexity and scale, this approach, whereby different authorities bring in different methodologies, significantly increases the risk of undermining the credibility of the process and providing grounds for judicial review,” it stated.

In conclusion, the council found that: “Shelter’s research and Rettie’s research indicate that the PRT and RPZs are not a long-term solution to rapidly rising private rents.”

Commenting on the report, Scottish Greens Cllr Melanie Main said that it was “disappointing in two ways”: the “weaknesses” of the Scottish Governments Act on private rent, and “the tone of the report” which “came across as somewhat complacent”.

She continued: “Edinburgh has some of the highest private rents in Scotland, if we don’t take the lead in tackling high rents in Scotland it’s unclear who will…We are really excluding people from lower incomes from this city.”

Main described the legislation as the “lightest of light touches in a way of tackling rent inflation” and explained that the Greens amendment to the Council’s motion on the RPZ report, which was passed, “challenges the Scottish Government to take more of a lead role to make sure all councils can gather the evidence that they need, if that is what is needed to make the case for rent pressure zones.

She went on: “Three to five years is really too long, it’s too long for our tenants who are in crisis, experiencing high rent costs at this point now. If there are weaknesses in the legislation and in the guidance and in the methodology, I think as a new piece of legislation it is incumbent on the Scottish Government to reflect on that and to see how it might be strengthened.”

The Scottish Greens amendment mandated the Council to “highlight the need for legislation to be accompanied by a commitment to ensure that the evidence base is adequate to allow legislation to be implemented”, “requesting that options be explored to improve the evidence base and speed up the availability of data”, and “request that the Scottish Government consider an early review of the measures available to tackle high private rents in light of the observations in this paper.”

In responding, the convenor of the Council’s Housing & Economy committee Kate Campbell agreed with the amendment, stating that she would make representations to the Housing Minister, Kevin Stewart, about the policy.

Conservative councillor Jim Campbell backed the slow speed at which RPZs were being advanced, saying “just let [the legislation] settle down”. He went on to criticise rent controls as a concept, and said the focus should instead be on building more houses.

Councillor Susan Rae criticised the selection of Rettie’s, an estate agent, to carry out the analysis, saying “they are not exactly the go-to ageny for people trying to let houses, it was a bit like asking the poachers to give you the numbers of rabbits”.

Council officers were asked about meetings between interested councils – including Glasgow and the Highlands as well as Edinburgh – and the Scottish Government on the ability to introduce RPZ’s, and responded that the meetings were “very much based on the guidance that is there and we’ve been asked to work to”.

Commenting on the findings of the report, Gordon Maloney from the Living Rent tenants union in Edinburgh said it showed that the Scottish Government had to reform rent controls plans so that they can be introduced now.

Maloney stated: “Tenants are suffering right now. Government data shows rents in Edinburgh are going up far above inflation, and it is driving tenants deeper and deeper into poverty. Put simply: we can’t wait five years for action. 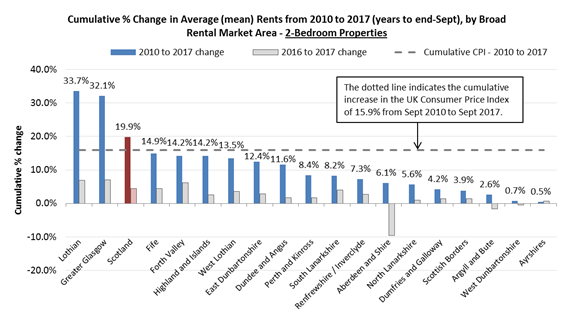 “When the government introduced Rent Pressure Zones, it was trumpeted as a key move towards bringing rents under control. We now see that it is nothing of the sort.

“The Scottish Government must, as a matter of priority, reopen the 2016 Housing Act and amend it to give us proper rent controls across the country for all tenants and ensure they have high quality and affordable homes.”

Living Rent is campaigning for the legislation around rent pressure zones to be amended to deliver what they describe as “proper rent controls.” Their model would link maximum rents to a Dutch-style “points-based system” which would link rents to the quality of the property.

Responding to Edinburgh Council’s request for reform to the ability to introduce controls on rent costs, a Scottish Government spokesperson said: “The new Private Residential Tenancy (PRT) was introduced last year to improve security of tenure for tenants, balanced with appropriate safeguards for landlords, lenders and investors.

“A key feature of the PRT is that rents can only be increased once in a 12 month period – with 3 months’ notice – and tenants can also refer perceived unreasonable rent increases for adjudication to protect them from unfair rent rises. Local Authorities can also apply to Ministers to set a cap on rent increases for existing tenants with a PRT, in areas where there are significant increases in rents and these are having a significant detrimental effect.

“The Scottish Government have drawn up Rent Pressure Zones (RPZ) Requirements for Local Authorities to support applications and are committed to working with councils going forward.”

Rent costs in the private rented sector in Edinburgh rose by one-third from 2010-2017.