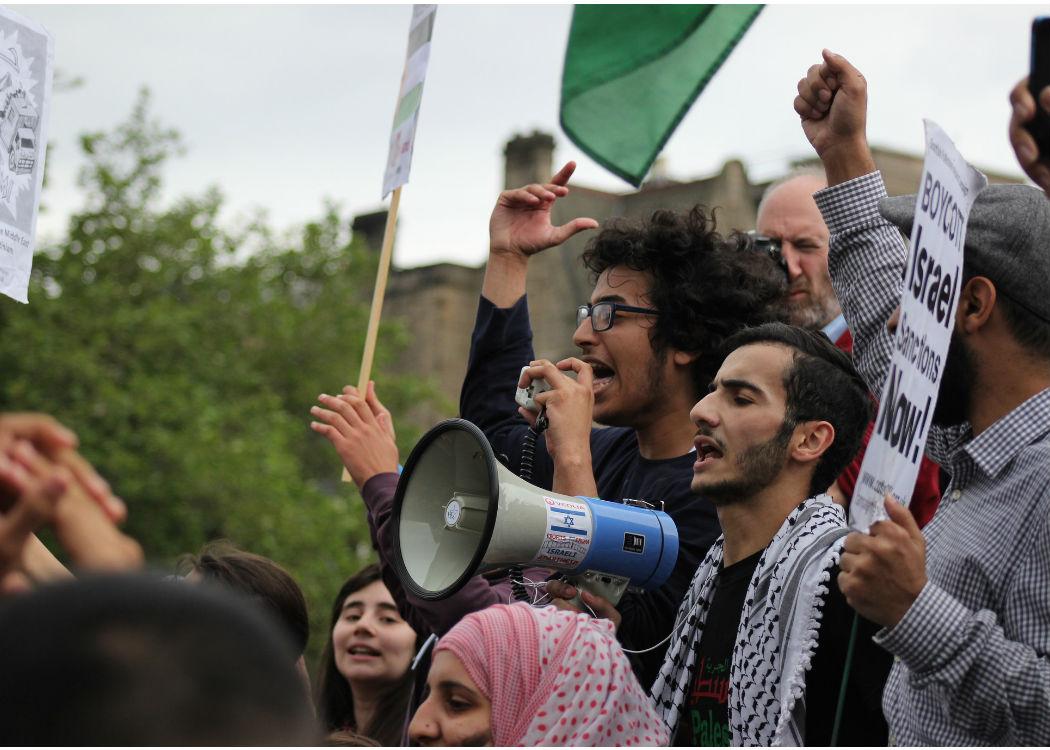 AN EDINBURGH Fringe show that will promote writers and performers from across the Middle East is not a show of opposition to calls for a cultural boycott of Israel, organisers have said.

A series of late-night political cabaret performances at Summerhall, programmed by theatre company Northern Stage, will feature specially commissioned pieces by 25 writers from up to a dozen different countries.

However, this was refuted by those involved in the show, who said that it will act as a forum for a variety of voices and was not in opposition to calls for a boycott of Israel.

“The piece is about freedom of expression and will amplify a variety of voices and experiences. Every day the audience will get a different cross section. It’s trying very hard in its form not to be a political voice with a vector and instead be about an opening of a space and the exciting thing for me is not being in control of it.”

“It’s trying very hard in its form not to be a political voice with a vector.” Lorne Campbell, artistic director, Northern Stage

The show is partly funded by the ‘Welcome to the Fringe’ initiative set up by Scottish playwright David Greig, who supports a cultural boycott of Israel.

The fund was started last year to support Palestinian artists, and Israeli artists who reject state funds, to come to the Edinburgh Fringe.

Greig said that the writers commissioned for the show come from countries across the region including Turkey, Syria , Kurdistan, Egypt, Iraq, Jordan, Palestine and Israel, while performers will be arriving in Edinburgh from Egypt and Lebanon to take part.

“I support the cultural boycott of Israel and nothing the show does is in contravention of the boycott,” David Greig, playwright

“This is a great project with Northern Stage, which will bring Middle Eastern performers alongside British performers to create a music, comedy, and storytelling show based from Twitter,” explained Greig.

The bulk of the funds raised by Welcome to the Fringe fund will be going towards bringing 12 Palestinian artists over to take part in a series of celebrations and collaborations, with details currently being finalised.

“We’re very aware that some people don’t get the chance to come to Edinburgh and get heard on their own terms and we wanted to change that,” said Greig.

He continued: “There was an outpouring of energy when we set up the fund and I hope we manage to justify people’s faith in the project. We’re going to have this fantastic celebration of Palestinian artists as well as this fantastic show at Summerhall, all of which I think is bringing different perspectives on something that we normally only see through a prism.”

The protests were in response to a call from the Palestinian Campaign for the Academic and Cultural Boycott of Israel (PACBI) in 2004.

The group say that boycotting Israeli cultural institutions is “an urgently needed form of pressure against Israel that can bring about its compliance with international law and the requirements for a just peace.”

The Edinburgh Festival Fringe takes place this year from the 7 August to 31 August.