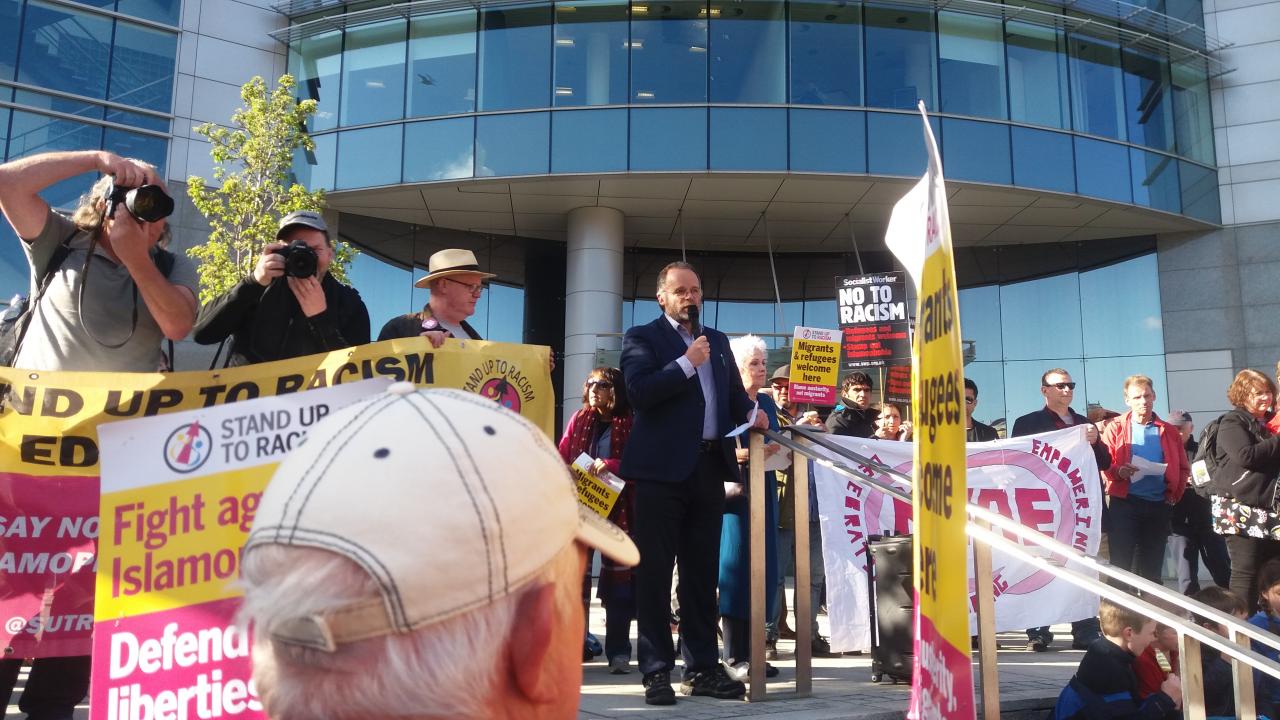 HUNDREDS of supporters and anti-racist campaigners appeared in an Edinburgh demonstration of solidarity with Shabaz Ali, the Syrian victim of a racially-motivated attack in the city’s capital last week.

25-year-old Ali left Syria with family members five years ago, and had been housed in a council-run hostel in Edinburgh’s Upper Gilmore Place, where he was attacked and stabbed several times shortly after midnight on 3 May. It has been reported that a teenage male has been charged in connection with the attack.

Rallying in Edinburgh’s Tollcross on the afternoon of 10 May, rhe demonstration drew on the support of Stand Up to Racism, represented by their Edinburgh contingent, as well as the STUC, the Muslim Council of Scotland, and the Radical Independence Campaign, with statements of support sent from across the country.

Andy Wightman, appearing alongside fellow Green MSP Alison Johnstone, said: “The numbers here show that this is a cause that touches us deeply – about what it means to be human, and particularly what it means to be a country that is supposedly welcoming to refugees. We do live in a time when we constantly have to remind ourselves that we must have zero tolerance for any forms of racism in society.”

“We do live in a time when we constantly have to remind ourselves that we must have zero tolerance for any forms of racism in society.” Green MSP Andy Wightman

Also addressing the demonstration was Labour MSP Daniel Johnson, who said: “When an attack like this takes place – and it took place just a short walk from here, in my constituency – it serves as a wake-up call. We cannot be complacent about the country that we live in.

“This is a tolerant country, we are welcoming, but there are forces and individuals that do not share that tolerance.

“All too often, it’s easy to think these things happen in other places – in other countries, in other cities – but this happened here, in Edinburgh.”

The demonstration followed assurances earlier in the day from First Minister Nicola Sturgeon, responding to a question from Green MSP Andy Wightman at First Minister’s Questions, that the Scottish Government was working with Edinburgh City Council and other groups to provide as much support as possible to Ali and his family.

Sturgeon said: “We want Scotland to be – and to be seen to be – a refuge from war and persecution, and any attack on any individual or group of people living in Scotland, regardless of who they are or where they come from, should be seen as an attack on all of us.”

Ali’s female cousin, who witnessed the attack, felt unable to stay in the council-run hostel where the attack took place “for one day more”, and has been placed with another family. According to the demonstration’s organisers, Edinburgh City Council has offered Ali’s relatives a temporary flat, but this will not be ready for several days.

Positive Action in Housing – which has set up crowdfunding on behalf of Ali’s family, raising approximately £8,000 in a single day – earlier stated that it was “beyond unacceptable” that Ali’s cousin had been placed in a predominately male hostel, and reported that she had been found alternative accommodation in the Rooms for Refugees Network. 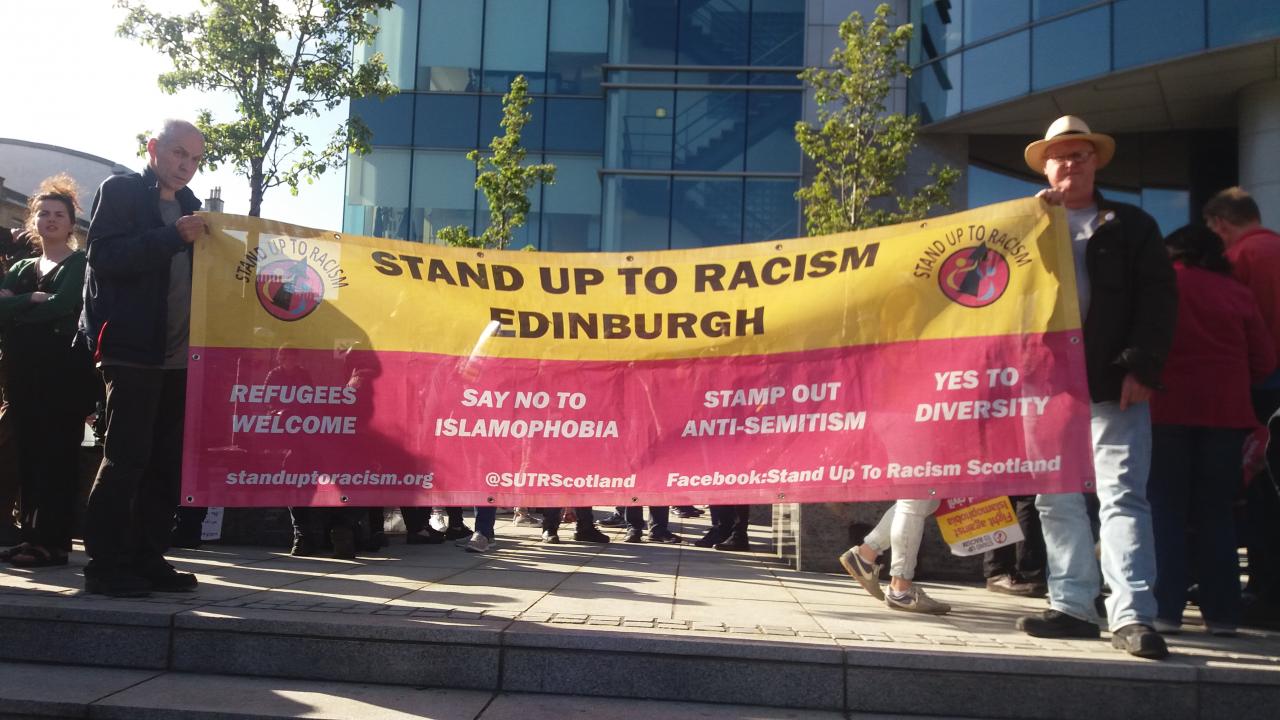 Aamer Anwar, the leading Scottish human rights lawyer now representing Ali’s family, sent a statement to the demonstration, saying the family were “overwhelmed” by the support of the Scottish people.

However, Anwar also made clear that to be housed in hostels is not the best environment for refugees, and encouraged Edinburgh City Council to “think very carefully” about placing refugees in safe environments.

“Any attack on any individual or group of people living in Scotland, regardless of who they are or where they come from, should be seen as an attack on all of us.” First Minister Nicola Sturgeon

Speaking to the Edinburgh Evening News, council leader Adam McVey said: “There are a number of reasons why people present as homeless and we offer anyone assessed as homeless a range of temporary accommodation options until they can find a more permanent solution. Appropriate support services are always offered to assist people while they are in temporary accommodation, particularly for vulnerable individuals.”

“I can also confirm that Shabaz Ali and his cousin have also been offered alternative suitable accommodation. It wouldn’t be appropriate to give out any other personal information.”

The organisers of Thursday’s demonstration also announced that the family were currently waiting for the results of a scan that would reveal the extent of the damage inflicted by the knife wounds. Ali is reportedly now able to eat, but is experiencing severe anxiety in the aftermath of his attack, and is likely to remain in hospital.