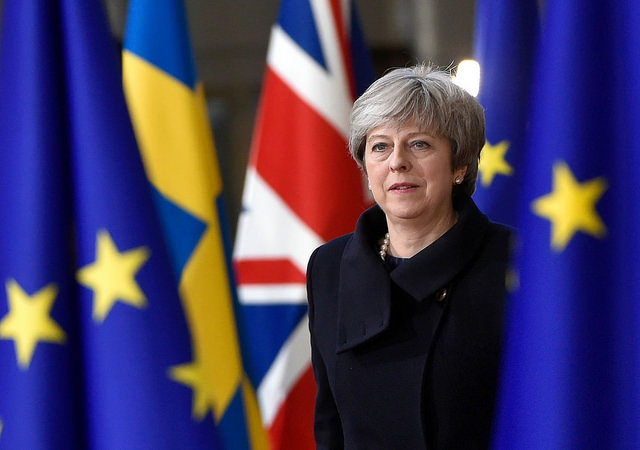 AFTER May’s first defeat on her Withdrawal Agreement in January, she was a laughing stock. The greatest defeat in UK parliamentary history, she should have resigned and called a General Election there and then.

But she continued, claiming she had listened and would re-negotiate the Withdrawal Agreement.

Two months later, just over two weeks before the day Britain is supposed to leave the EU, May’s Withdrawal Agreement – changed not one iota – has been defeated a second time, with just 40 additional votes in favour.

If the first was a laughing stock, the second is no joke at all: May has given up two crucial months and achieved nothing whatsoever. Her inability to lead is such that she signed up to an agreement with Juncker on Monday night, and by Tuesday morning her own Attorney General had to admit it had no legal force at all.

That would be funny if she did the right thing and stepped down now. But, stunningly, May stood up after her second defeat and said she would stay on, outlining a series of choices to MPs, none of which including her leaving office or a General Election.

She said if there was an extension to Article 50 the choices were accepting her deal (defeated twice), a People’s Vote or No Deal.

But she has no mandate to pursue any of those things with Brussels. Indeed,  the EU have no reason to extend Article 50 unless there is a new mandate to negotiate Brexit or not pursue Brexit, and the only democratic mandate could possibly come from a General Election.

May – and most of the media and political class – appear to have forgotten a General Election is the democratic mechanism by which politicians get a mandate to govern. An extension to Article 50 would provide the time for a General Election and a new mandate on Brexit. Nothing else at this point has any democratic legitimacy.

The Prime Minister is a disgrace verging on acting like a dictator. She mislead people about what deal she was negotiating, then she misled them about the deal she was re-negotiating, now she seeks to mislead them into thinking she should stay in power to do…what?

Except desperately clinging on to power, she has nothing else to offer – her authority is shot. The only decent thing to do is to resign and call a General Election. That’s what the opposition should unite around, with a General Election followed by a mandate for the UK to deliver or not deliver Brexit, and the following through on Scotland’s mandate for an independence referendum. Democracy is the only cure to the paralysis of Britain’s political class.