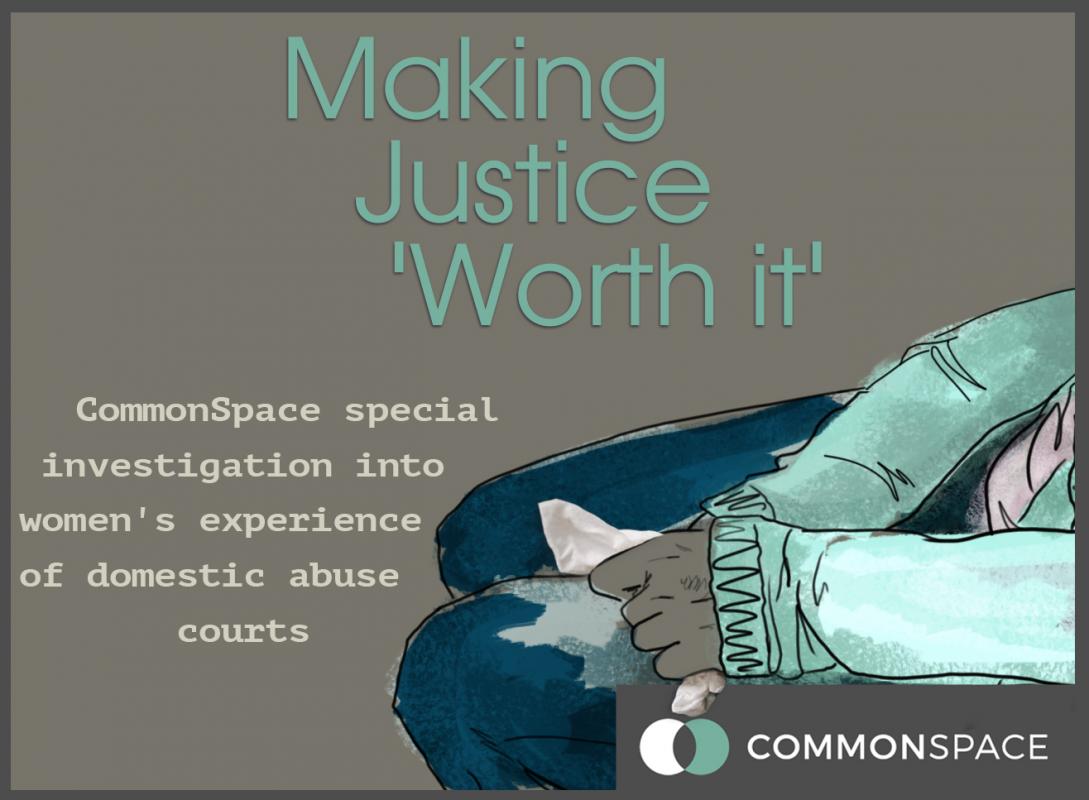 AN INCREASING number of women every year are taking the extraordinarily brave decision to take action to get justice for the abuse they have suffered at the hands of a partner by reporting the crime to the authorities.

The rising number of domestic abuse criminal court cases is both a bad and good sign: bad because it reveals how pervasive a problem – so often hidden – domestic abuse still is in Scotland, and good because women’s confidence in speaking out is growing.

But as women increasingly take action and reported cases of domestic abuse rise, our courts system must keep up with the wider changes in society if justice is to be served.

The impact of domestic abuse does not end when the physical or emotional assaults stop. The trauma of that experience can be severely heightened or reduced by what happens in its aftermath.

In a special investigation into women’s experience of the domestic abuse courts, CommonSpace conducted case studies with four women and spoke to numerous women’s organisations, and the evidence we have shows that the experience of seeking justice can dramatically worsen the trauma of the original attack, both for the victim and for their children.

READ MORE: Making justice ‘worth it’: Domestic abuse survivors say change is needed if victims are to have confidence in the legal system

Lucy explained how she would “never report another domestic abuse case” until the system changed. Heather said the experience was “horrendous” for her and her children, and that both social services and the prosecutor told her that over her two year ordeal she had been failed by the legal system.

Julie showed how the first Sheriff in her case appeared to have no understanding of domestic abuse. Kate felt totally disempowered by the experience, which worsened her mental health problems which were precipitated by the initial abuse.

This first-hand evidence was backed up by women’s organisations which have been providing services on the frontline for domestic abuse victims for years. Sarah Crawford from Scottish Women’s Rights Centre said: “Many women tell us that the criminal justice process can cause just as much damage as the crime itself.”

Marsha Scott from Scottish Women’s Aid told us: “I had a woman tell me 20 years ago that her experience of court was as traumatic as the abuse she experienced – people still say this today.”

No one is arguing that going through the court system is ever going to be an easy process when pursuing a criminal prosecution, but the evidence our investigation has uncovered is that there is clear and obvious changes which could be made which would not in any way undermine the fairness of the justice system but which would make the experience for complainants less traumatic.

READ MORE: Court process can “cause as much damage” for victims as domestic abuse, say women’s rights advocates

None of these five proposed reforms would cut against the grain of the progress which the Scottish Government has already made in supporting domestic abuse victims.

The Domestic Abuse Act was introduced in March this year, which created a criminal offence of domestic abuse for the first time, and following Scotland’s first specialist domestic abuse court being set up in Glasgow in 2005, specialist courts have been established Edinburgh and Livingston, with domestic abuse “cluster courts” in other areas.

A review on child evidence is set to lead to a Bill for pre-recording evidence, initially for children, with plans to extend this to rape victims, the Scottish Government announced two weeks ago an extra £1.1m funds to reduce court delays in rape cases and improve communication with complainers, and an ongoing government consultation is gathering evidence to modernise family justice.

Progress has already been made in recent years towards reduing the timescale for domestic abuse cases to reach trial to 10 weeks following additional Scottish Government funding, with advocacy organisations seeking to get this down to 6-8 weeks.

It is therefore a matter of deepening and systematising the present trajectory of government policy in this respect, and ensuring the courts system is on the same wave-length with regards to domestic abuse.

CommonSpace supports the changes proposed by women’s organisations to the court system so the next Kate, Heather, Lucy and Julie do not have to suffer the ordeal that they did, just for seeking justice. We should have a court system which ensures domestic abuse victims never pose themselves the question: ‘Was it worth it?’