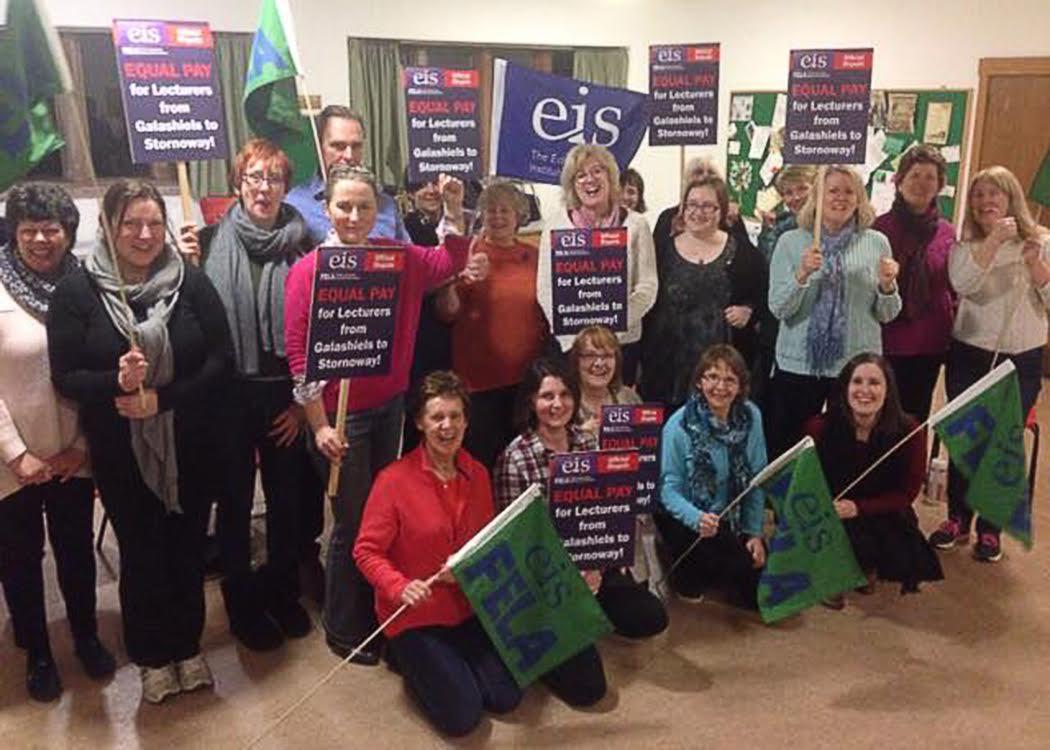 THE HEAD of the EIS teaching union’s further education section, John Kelly, has called on college management to accept the legal entitlement of staff to equal pay on the day of an historic Scotland-wide college strike.

Up to four and a half thousand college lecturers and other staff are on strike at every further education college in Scotland. The industrial action, prompted mainly by the growth of differentials in pay between college staff performing the same duties, is the first national strike in the sector in almost a quarter of a century.

“I was at the SNP conference last weekend and heard boasts about equal pay. But nothing has been done about this.” John Kelly, EIS

Speaking to CommonSpace on the eve of the industrial action, Kelly said: “We need to force college management to accept the law of the land, that would be national terms and conditions for further education lecturers from Stornoway to Galashiels.”

“This strike is about equal pay. For five years the SNP have promised a return to national pay and conditions.”

EIS is calling for the replacement of differential rates of pay, which see divergences in pay of over PS10,000 year per year between staff performing the same work, with national pay scales.

A massive restructuring of colleges in Glasgow, involving the merger of several colleges into a unified institution, has led to complaints of deteriorating work conditions.

Kelly also warned that pay differentials were widening, and that this lack of progress was one of the factors that had prompted strike action, with 92 per cent of EIS college members voting for strike in December.

“The College managements are primarily responsible for this strike, there’s no question. We don’t want to deprive our students of their education. We are furious we have to do this, but we’ve been negotiating since October 2014.

“We are happy any time to return to negotiations. We are also calling on the Scottish Government to intervene in this matter. I was at the SNP conference last weekend and heard boasts about equal pay. But nothing has been done about this.”

The demand for national pay scales sits at the heart of a number of antagonisms pitting unions and teachers against College management and Scottish Government policy. A massive restructuring of colleges in Glasgow, involving the merger of several colleges into a unified institution, has led to complaints of deteriorating work conditions: an EIS survey in 2015 found that 81 per cent of Glasgow lecturers felt their workload had increased since plans for the merger were announced.

“This strike is about equal pay. For five years the SNP have promised a return to national pay and conditions.” John Kelly, EIS

Shona Struthers, Chief Executive of Colleges Scotland, the body representing college managers, said: “We urge EIS to call off its planned strikes that will affect students at a critical time of year – the approach to exam season.”

A programme of strikes, increasing to two and then three days a week is planned into the summer if Colleges Scotland do not reach a deal with EIS. The next strike is scheduled for 22 March.