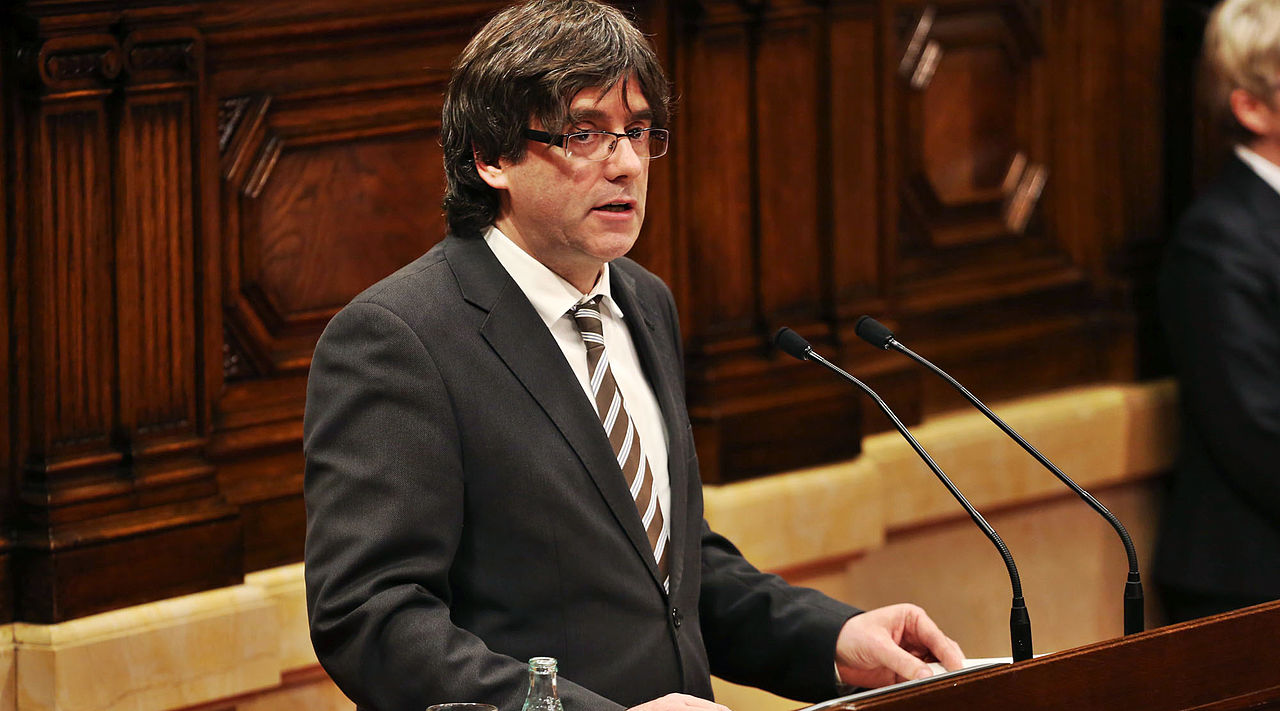 CARLES PUIGDEMONT has cancelled a planned public address, in which he was widely expected to dissolve the Catalan parliament and call for fresh elections in December.

According to the Catalan newspaper La Vanguardia, the decision to dissolve parliament was made following a seven-hour meeting of the Catalan Government, following the Spanish Government’s activation of Article 155 of the Spanish constitution, under which it would impose direct rule on the embattled region.

“The scenario of independence is one that we cannot allow and which will not happen.” Spanish economy minister Luis de Guindos

Commenting on the activation of Article 155, Spanish economy minister Luis de Guindos told Spanish radio: “The scenario of independence is one that we cannot allow and which will not happen.”

At this point, Puigdemont’s intentions remain unclear, though there was widespread speculation throughout Catalonia and Spain that, prior the cancellation, Puigdemont planned to call new elections in December.

Many pro-independence activists believe elections – as opposed to implementing the declaration of independence Puigdemont issued and immediately suspended following the 1 October independence referendum – would represent a significant climbdown for the Catalan Government.

Two lawmakers have already quit from Puigdemont’s party, Convergence and Union (CiU), in response to rumours of fresh elections.

“We have the democratic mandate to constitute a republic, and also because we recognise that the Spanish Government doesn’t give us any other option.” Catalan vice-president Oriol Junqueras

However, the Catalan vice-president Oriol Junqueras, who leads the Republican Left of Catalonia which governs alongside the CiU, said earlier this week: “We are republicans and we are working to build a new republic because we think we have the democratic mandate to constitute a republic, and also because we recognise that the Spanish Government doesn’t give us any other option than defending the civil liberties and rights of the citizens through the best institutional tools at hand.”

Junqueras also rejected calls for a new election, saying such a decision would be “to renounce the democratic mandate that we have from citizens”.

Prior to the cancellation of Puigdemont’s address, thousands of pro-independence demonstrators have surrounded the Catalan parliament in anticipation of the arrival of Spanish authorities to enforce Article 155.

In a text message to its followers encouraging the human shield, the Catalan National Assembly said: “Now we have to defend the republic.”